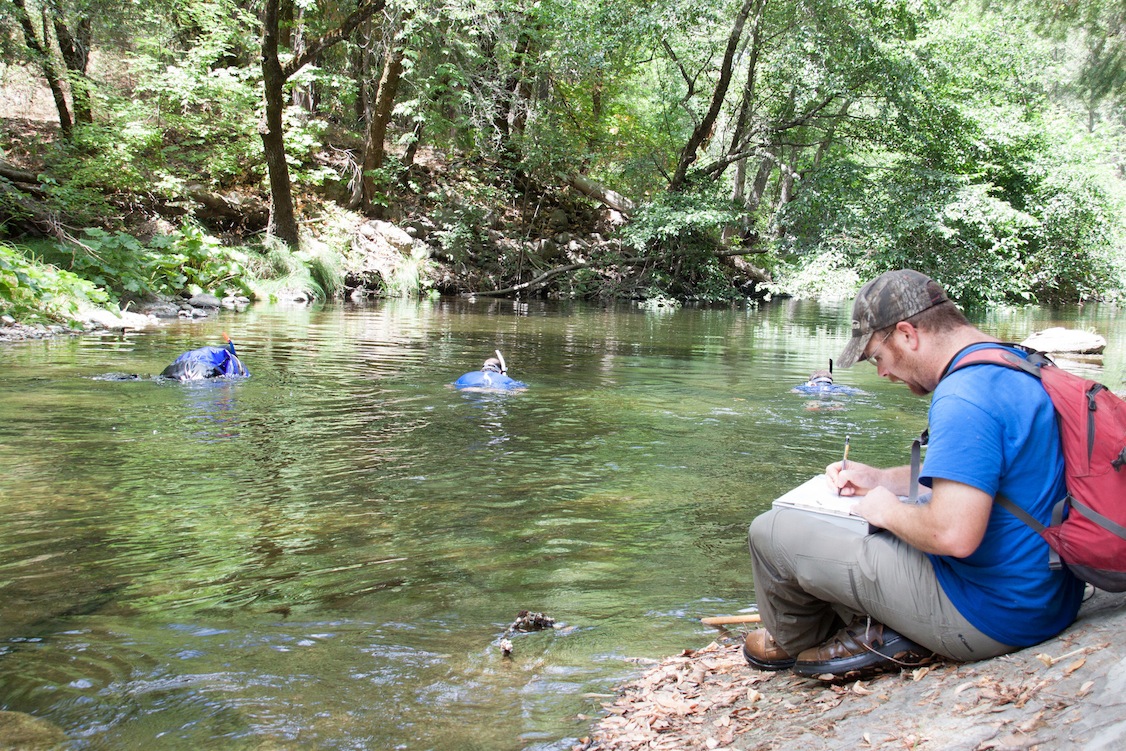 At FISHBIO, we believe in giving back to the waterways in our backyard. That’s why we conducted a fish population survey in Big Chico Creek this past July for the second year running. Our 2014 effort expanded the geographic coverage of the survey by just over two miles, which included the entirety of suitable over-summering habitat for anadromous salmonids in the watershed. The survey extended from the lower boundary of the Big Chico Creek Ecological Reserve to Higgin’s Hole, a large pool where a waterfall blocks upstream migration under all but the most unusual (high-flow) conditions. While conducting our surveys, it quickly became apparent that things were different than the previous summer: flows were even lower (by about 25 percent), the water was warmer (on average by 2°C), and rainbow trout were more sparse, particularly near the downstream end of our survey reach.

In 2013, when our survey only covered the reach of creek within the boundaries of the ecological reserve, we estimated more than 2,500 rainbow trout to inhabit the 4.5 miles of Big Chico Creek we surveyed, which corresponds to about 561 fish per mile. This year, the overall population estimate of 3,220 rainbow trout in about 6.5 miles of stream corresponds to about 482 fish per mile, suggesting a decrease in abundance in the study area compared to the previous year. It’s worth noting that stream discharge in 2014 was 30 percent of the ten-year average for the period, and water temperatures frequently exceeded 70°F in the study area, both of which could contribute to the decrease in abundance reflected in our population estimate. However, this reduction could also be partially due to a shift in the distribution of rainbow trout within the creek, as fish may have sought out cooler temperatures in upstream areas or well-oxygenated habitat such as high-gradient riffles and cascades. In these turbulent habitats, bubbles provide cover in an otherwise mostly clear and shallow stream, but also keep fish hidden during visual surveys. We also observed about 40 percent of the population occupying riffles, which was more than double the proportion of rainbow trout found in riffles in 2013, supporting the idea of fish seeking out turbulent water.

Some aspects of the survey were similar between 2013 and 2014: other native fishes (with the exception of California roach), were few, small, and far between. In 2014 we were again unable to document Sacramento pikeminnow or hardhead in the reserve or upstream of it, and sightings of Sacramento sucker were also rare. As this is only our second year conducting surveys on Big Chico Creek, it is still too early to identify long-term trends in fish abundance. We hope to continue the project this coming summer to further build up and improve our understanding of the aquatic community in Big Chico Creek and similar watersheds. To see our Big Chico Creek survey team in action, check out this video that documents our survey methods, and you can read the results in our final report. And you can come take a close look at the creek yourself during our upcoming Salmon Run at Bidwell Park on May 2! 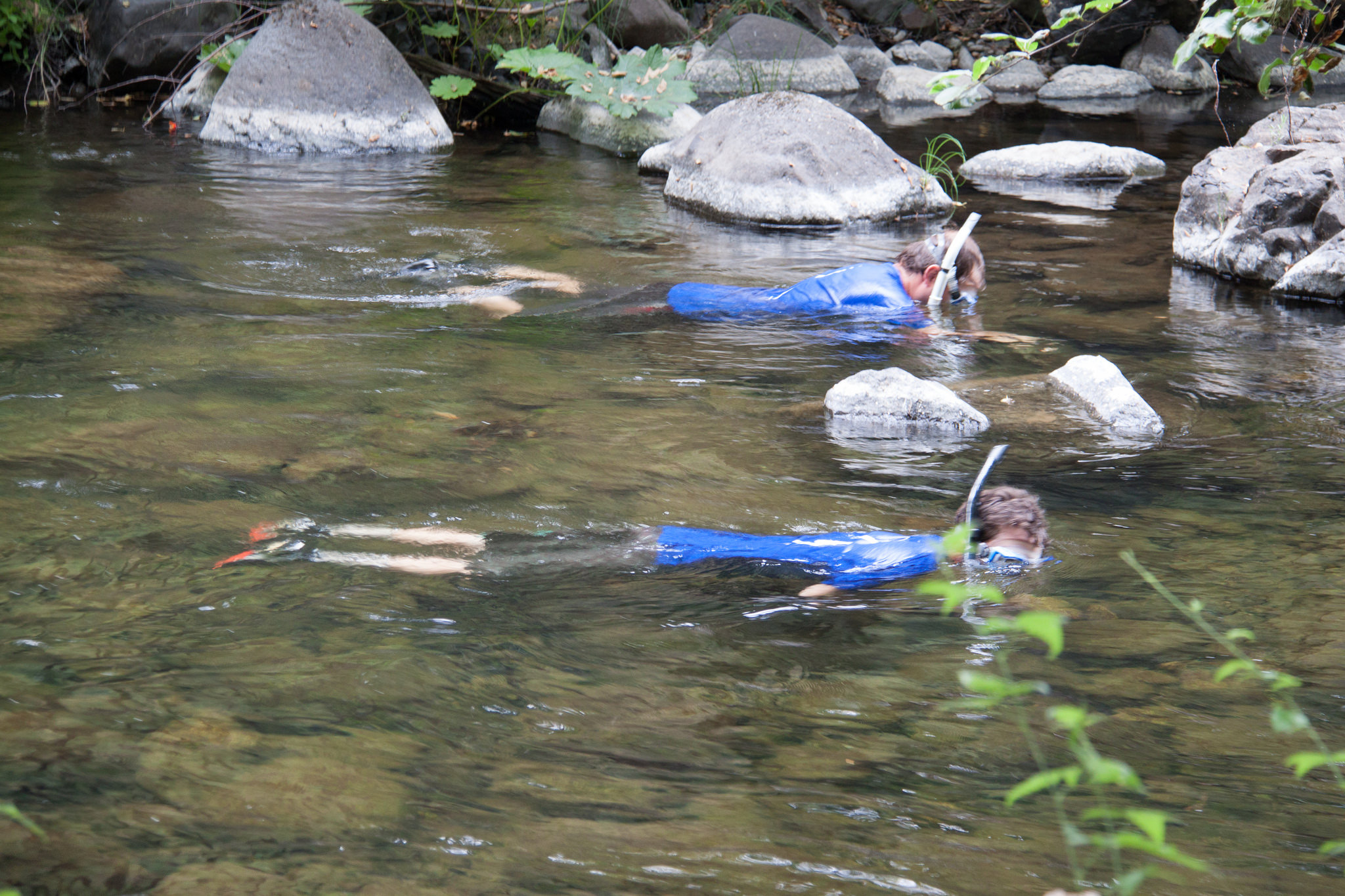