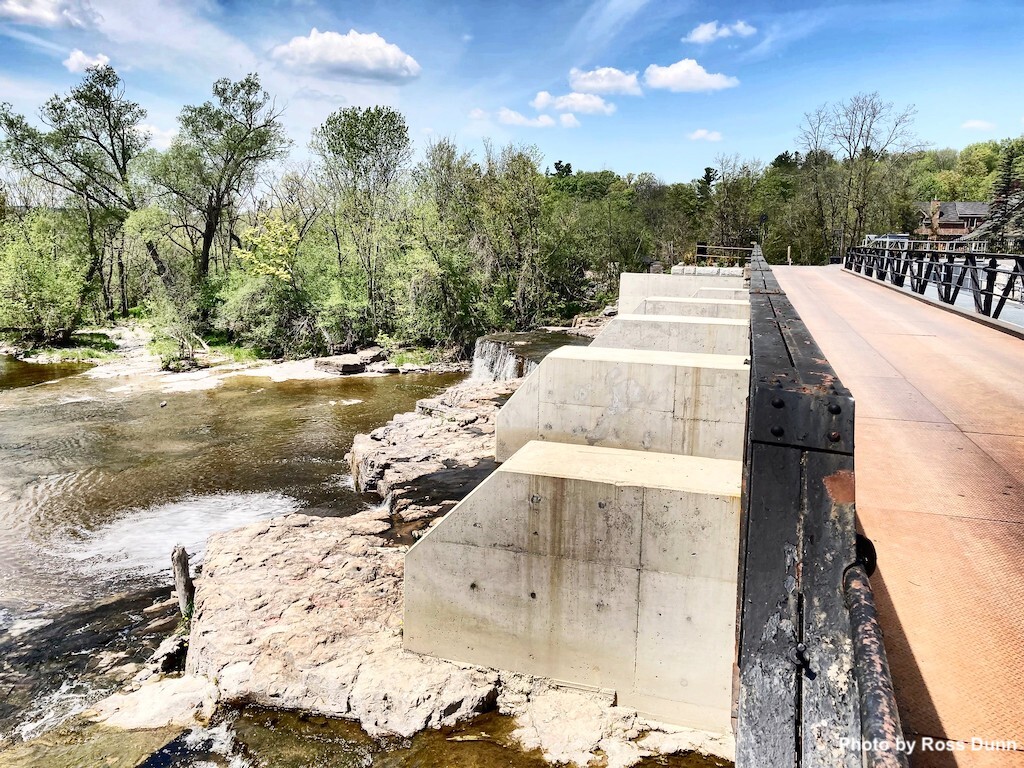 Traveling upstream and downstream through a network of waterways is an important process of many fish life cycles – one that is threatened by centuries of dam construction in the United States that has turned rivers into a patchwork of habitat fragments. Better understanding about the negative impacts of habitat fragmentation has led to increasing efforts to reconnect rivers and help native fish move through them. However, the desire to open up habitat for native fish stands in conflict with the desire to limit the spread of invasive fish species: essentially, how can we give a green light to some species and a red light to others? To develop a tool to help solve this restoration riddle, researchers implemented a new optimization approach to prioritize dam mitigations in the Upper Mississippi River watershed (Cooper et al. 2021). Their findings suggest that attempting to limit the spread of invasive species during restoration may significantly increase the financial cost, but ignoring invaders may prove far more costly in the long run, both for imperiled native species and those trying to manage for their recovery.

Identifying how to address dams in ways that favor native species without worsening invasive species issues is a conundrum. It requires weighing the benefits of non-selective mitigation actions – such as complete dam removal – versus selective mitigation – such as lift-and-sort fish passage structures in areas where invasive species are present. The latter approach involves trapping all fish that approach a dam, and allowing only native fish to pass by physically transporting them across the barrier.  The authors of this study sought to address this challenge by combining species distribution models with dam prioritization. Using the Upper Mississippi watershed as a case study, they first characterized fish habitat based on the modeled distributions of six imperiled native species and known distributions of two invasive bigheaded carp species (Hypopthalmichthys nobilis and H. molitrix). They then used known dam locations to evaluate habitat fragmentation for each species, and developed cost estimates for fish passageway construction and dam removal. By leveraging all this information in their optimized dam mitigation planning model, they assessed two different scenarios: one that considered invasive species spread and one that did not. For the invasive species scenario, dam mitigation focused not just on enhancing migratory native fish habitat connectivity, but also on limiting bigheaded carp movement and spread.

By mapping predicted habitats of the different fish species with respect to dam locations, only 9.4% of the dams examined were found to be in areas that would limit native species movement upstream or downstream – suggesting these would be the optimal focus of future mitigation efforts. Comparisons of the native fish species and bigheaded carp distributions revealed varying levels of potential overlap – an important finding because restoring connectivity will likely be more challenging for species like paddlefish (Polyodon spathula) that share more of their habitat with invasive species. The authors used these findings in their optimization model along with estimated mitigation costs and varying levels of fish passage rates (benefits) resulting from mitigation. Cost-benefit curves showed that mitigation options that limit the spread of invasives would be three to six times as expensive as those that did not, in order to achieve the same level of habitat reconnection for native species. However, this is not to say that ignoring invasive species spread is a better option. An analysis of the lower Mississippi watershed shows that once carp are already present, any efforts to improve connectivity while limiting their spread must incorporate selective fish passage facilities, which are far more expensive and require human labor to operate. In the areas of the upper watershed where bigheaded carp do not occur, mitigation options were more varied and included cheaper alternatives such as complete barrier removal.

This study represents a significant advancement in dam mitigation planning because it considers multiple native species, invasive species, and mitigation options, as well as the combined effects of multiple mitigation actions on overall fish passage. This optimization approach can be used to focus on mitigating specific barriers to achieve the greatest potential benefit to native fish while also considering invasive species spread, essentially creating a portfolio of targeted dams that can be evaluated in more detail using local data and expertise. Fighting invasive species while helping native fish will always be a challenging task, and managers will need to use all the tools they have to guide their actions.