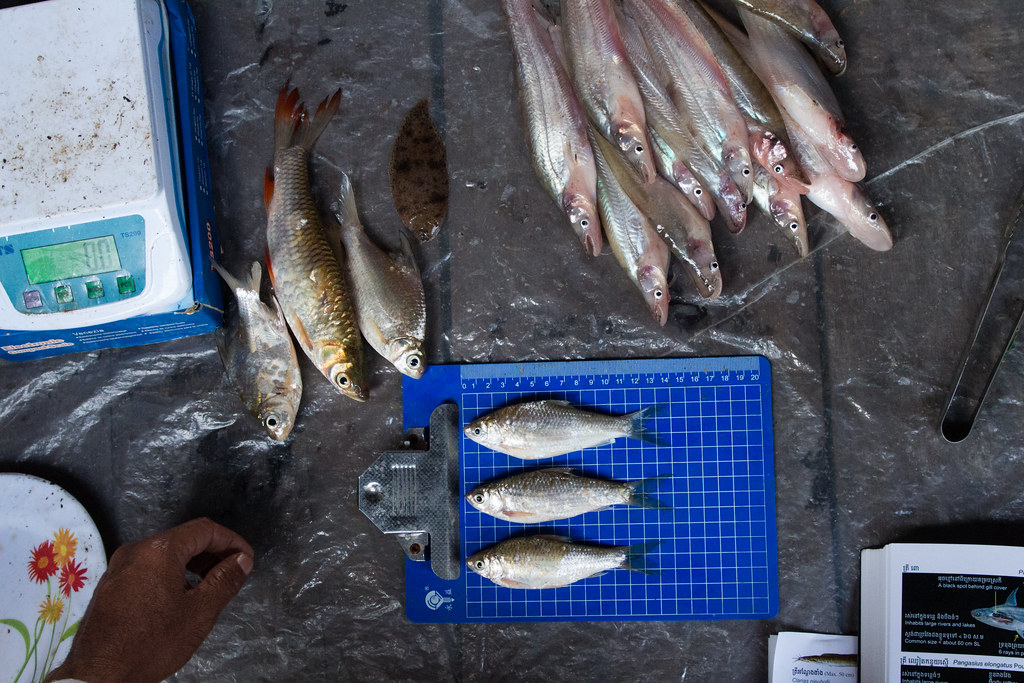 The Mekong River Basin contains one of the world’s most diverse freshwater communities that consists of some 850 fish species, many of which are found nowhere else. Cambodia alone is home to more than 400 freshwater fish species. Conserving this biodiversity is important for ensuring that ecosystems continue to function, and fisheries continue to provide food and jobs. However, investigating the distribution, abundance, and movements of many hundreds of species would constitute a monumental undertaking. Rather than carrying out exhaustive fish surveys over hundreds of thousands of square kilometers, scientists are able to conduct statistical analyses examining the composition of the fish community at key locations to detect important habitats, migratory corridors, and seasonal changes in distribution. This approach was recently implemented by scientists with the Wonders of the Mekong project in Cambodia, who used a year’s worth of fisheries catch data to evaluate patterns in diversity throughout the Cambodian Mekong (Pin et al. 2020). As the first analysis of its kind in the region, this study divides the astounding diversity of freshwater fish into more manageable assemblage clusters, which in turn provide valuable insight into the structure and diversity patterns of fish communities in Cambodia.

Cambodia has the highest fish diversity of all the countries in the Lower Mekong Basin. This is in part because of the unique habitats that occur within the country, such as the Tonle Sap Lake, the unique hydrology of which makes it the largest wetland in Southeast Asia during the wet season. This seasonal lake also provides food and income for tens of millions of people in the form of highly productive fisheries. Despite the importance of fisheries in the region, most studies of Cambodian fish communities to date have been patchy and focused on only a few specific locations. This has left major portions of the Cambodian Mekong, such as the Sekong, Sesan, and Sre Pok (3S) rivers system largely unstudied. Further, the routine fisheries monitoring that occurs in Cambodia today focuses on trends in biodiversity and abundance at specific sites. This narrow focus limits evaluation and understanding of seasonal distribution patterns and the condition of fish stocks across the country as a whole. 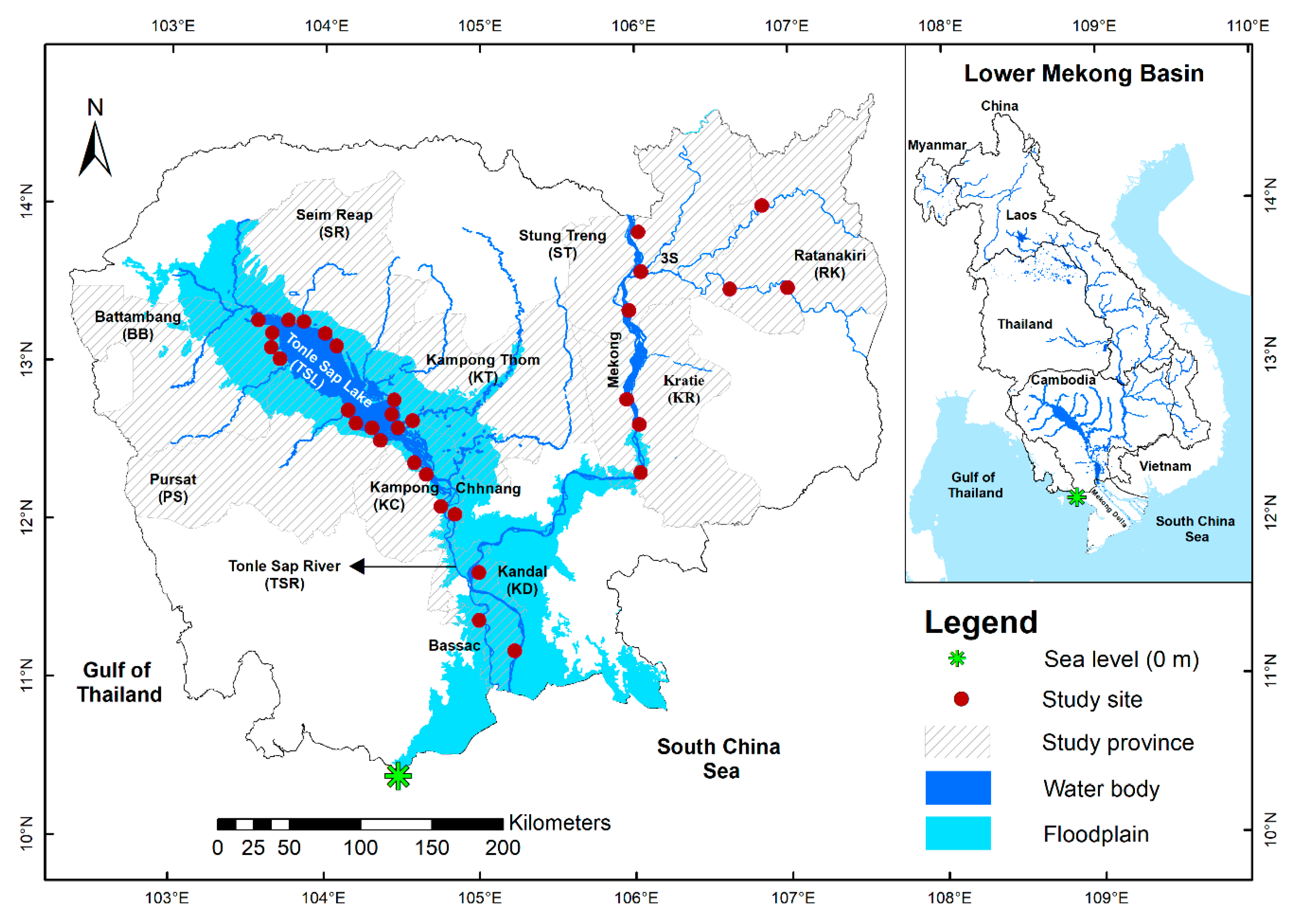 To address this challenge, the authors of the study took a new approach. By analyzing a year’s worth of daily fish catch monitoring data from 32 sites across key freshwater systems in Cambodia (Figure 1), they were able to describe spatial and seasonal patterns in diversity and fish assemblage structure. The catch data, which was collected by the Inland Fisheries Research and Development Institute (IFReDI) of the Fisheries Administration of Cambodia, included records of 125 fish species. The daily fish data were combined into weekly samples, and a clustering analysis subdivided these weekly samples into four distinct fish assemblages based on the similarity of the species that comprised them. The first assemblage split was between the downstream Mekong floodplain and the upstream Mekong-3S river system, and each of these locations were further subdivided into two distinct fish assemblages. These assemblage patterns were found to be similar in both wet and dry seasons, and they contained varying proportions of long-distance migrants, floodplain residents, short-distance migrants, and generalist species.

Notably, assessments of fish lengths and weights indicated that fish in the assemblages further upstream, and particularly in the Mekong-3S river system, had better growth conditions than those further downstream, especially in the northern Tonle Sap Lake. The assemblages in these upstream areas were also found to be more evenly distributed and diverse. This may be due to a number of factors, including the fact that these upstream locations are less affected by urbanization and agriculture than lower floodplain areas, and the fact that fish in the Tonle Sap are subject to overfishing by intensive, indiscriminate fisheries. The results of this study serve as current baseline information on the distribution patterns in fish diversity throughout Cambodia and across seasons. Monitoring and conserving fish diversity should take into account the critical habitats of each distinct fish assemblage cluster, and by identifying key species that represent these clusters, scientists can develop a better understanding of fish stocks without needing to conduct comprehensive, labor-intensive surveys. Knowing where critical habitats exist can in turn help target efforts to combat illegal fishing, and to support the establishment and maintenance of community-managed fisheries.