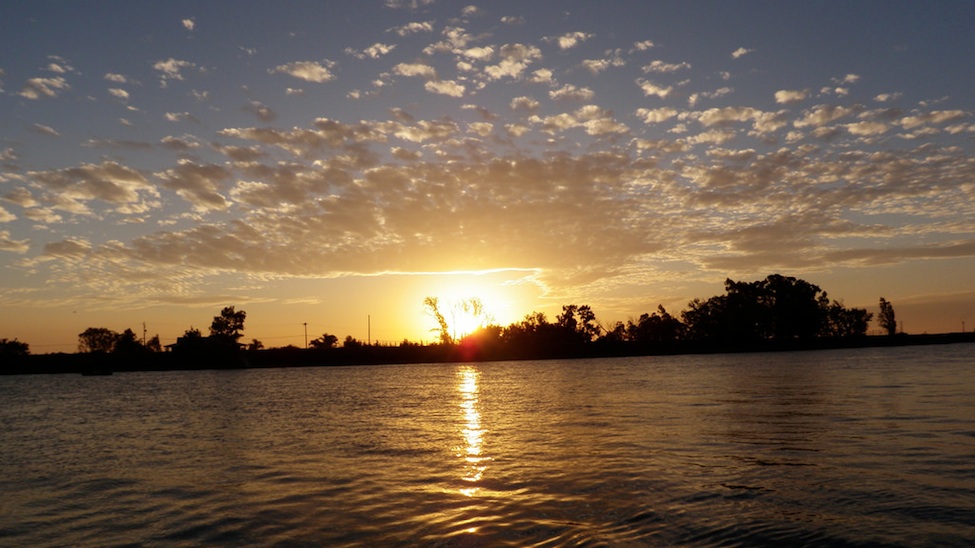 The endangered delta smelt (Hypomesus transpacificus) lies squarely in the middle of a heated debate over the current state of California’s Sacramento–San Joaquin Delta and how its waterways should be managed. Commonly referred to as an indicator species, or one whose abundance reflects a specific environmental condition, population levels of the delta smelt provide a relative status update to the overall health of the Delta ecosystem. In recent years, it has become apparent that delta smelt, along with several other mid-water species known to commonly occur within the Delta, are being pushed to the edge as population levels precipitously decline. The results of the 2015 and 2016 spring kodiak trawls conducted by the California Department of Fish and Wildlife both showed a record decrease in the relative abundance of delta smelt, with only 13 adult delta smelt collected In 2016. In light of this serious situation, a symposium was presented by the Delta Science Program and the UC Davis Coastal and Marine Sciences Institute on March 29th to discuss the challenges facing delta smelt and to help consider future actions to facilitate their recovery. 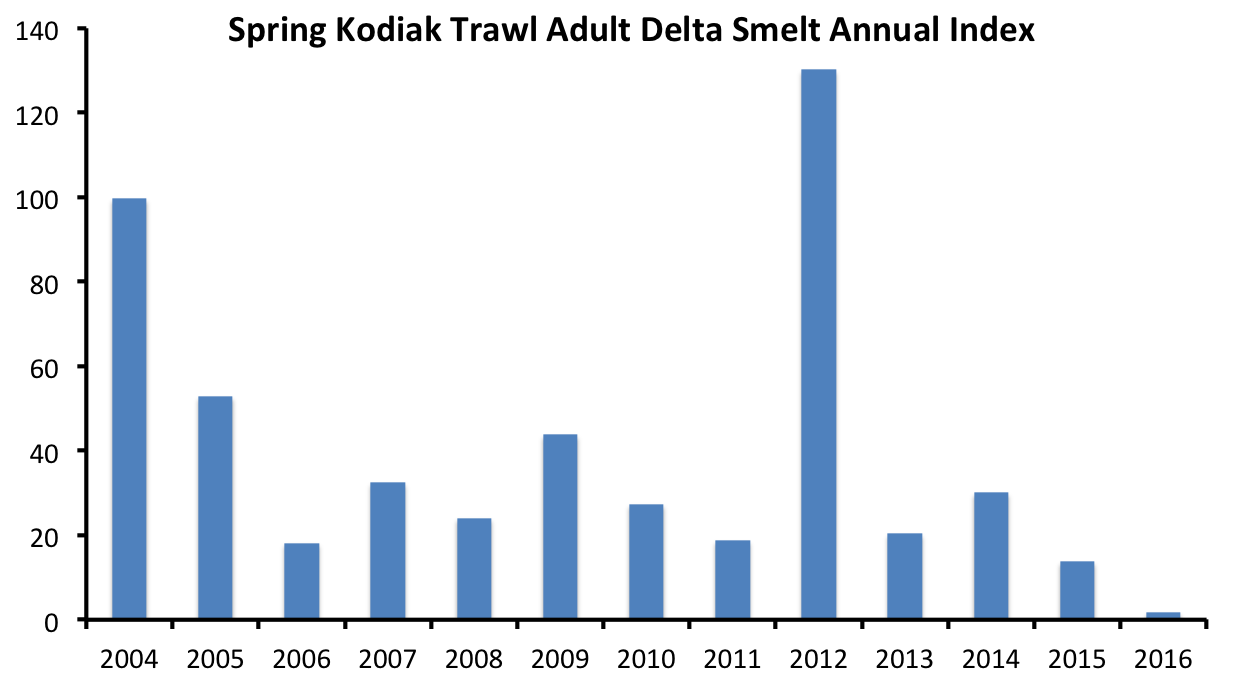 The symposium featured a discussion from a diverse array of experts on pathways forward to assist delta smelt with recovery from what some consider the brink of extinction. To date, the conversation regarding how to better manage the Delta for the recovery of this key species has centered on the need to provide a greater amount of flow to the Delta. However, much of the symposium’s panel discussion reflected the sentiment that a more comprehensive approach to Delta management is required to reverse the current downward trend in smelt populations. Dr. Christina Swanson, the director of the National Resource Defense Council’s Science Center, noted that management should be encouraged to think on a broader scale with a more multi-species ecosystem approach. She argued that it is a mistake to ask what is the “one thing” that we can do to better manage the system. Several of the panel members agreed that taking a multifaceted approach may yield better results, with many members noting several environmental factors such as turbidity and habitat quality also need to be addressed.

A decades-long approach to management focused primarily on flow to the Delta has led to further population declines, showing little promise for being the “silver bullet” needed to return the Delta to healthy ecosystem. Recently, a delta smelt recovery action plan was drafted by the California Natural Resource Agency that highlights the multi-faceted approach discussed at the symposium. While modifications to current flow levels entering and leaving the Delta is still a featured component of the thirteen-point Delta Smelt Resiliency Strategy, several of the other discussed projects focus on contributing environmental factors such as turbidity, salinity, habitat restoration, and food availability. In order to address issues with reduced levels of turbidity, the strategy includes actions to remove invasive, submerged aquatic vegetation that have been known to trap sediment, and to add additional sediments to the low salinity zone. There are also plans to restore spawning habitat in Suisun Marsh and Cache Slough, and to look into the possibility of restoring the Franks Tract State Recreation Area.

This current iteration of a strategy to restore delta smelt populations is an encouraging sign of progress in the field. It is the type of collaborative, multi-faceted approach called for by the diverse group of speakers assembled by the March symposium. The strategy to use flow as a singular factor to address population declines has proven to be an antiquated one, as a wide array of studies (Sommer et al. 2007, Kimmerer et al. 2009, Mac Nally et al. 2010, Feyrer et al. 2007, Latour 2016) have shown several interconnected factors all influence the survival of many species in decline throughout the Delta. This plan should prove to be a more adaptive strategy to manage the smelt population, and could provide the framework for the management of other species down the road.