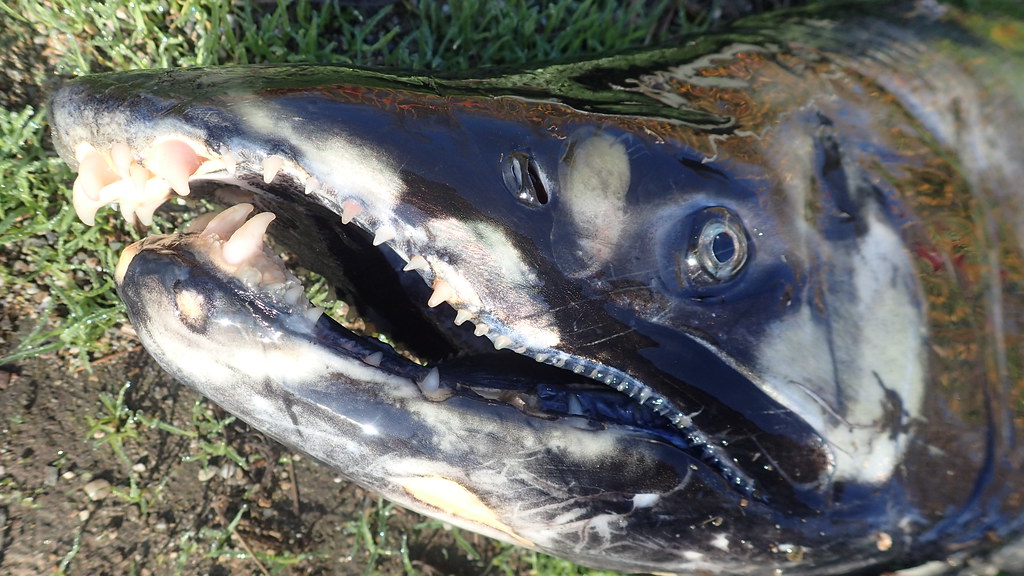 Pacific salmon fisheries management is driven by efforts to predict the future. These predictions are known as preseason abundance forecasts, and prediction inaccuracies can have major impacts on fish populations and fisheries. However, few evaluations have been conducted on just how reliable these ecological forecasts are. Relationships between an environmental variable and an ecosystem response (like salmon abundance) may follow a pattern, but sometimes these variables will pass a “tipping point,” leading to sudden, major shifts. Accurate forecasting requires understanding the conditions that drive these shifts. In the face of increasingly variable numbers of returning salmon, identifying environmental indicators that affect forecast performance could provide valuable early warning signs to managers. A recent study investigated the relationship between salmon forecast accuracy and climatological, marine, and freshwater environmental conditions, and whether these relationships had thresholds (or tipping points) beyond which forecast performance diminished (Satterthwaite et al. 2019). Their findings suggest certain environmental factors may bias predictions, which in turn could have important implications for management.

Given Chinook salmon’s complex lifecycle, predicting their abundance requires considering the effects of environmental conditions on salmon populations across multiple habitats. Overestimating salmon abundance might result in harvest rates that are unsustainably high, whereas underestimating may lead to unnecessarily curtailing economically valuable fisheries. This study focused on the Klamath River fall-run Chinook and the Sacramento River fall-run Chinook stocks (which comprise the vast majority of the California ocean salmon fishery) as well as Puget Sound stocks that are important prey for endangered Southern Resident Killer Whales. The researchers obtained information on the forecasting methodology used, as well as data comparing preseason forecasts of salmon abundance to post season observations or estimates. In addition, they held a workshop of experts to identify environmental indicators likely to be linked to salmon population dynamics. They then constructed models to evaluate the relationships between these selected indicators and the accuracy of salmon forecasts, and identified variables which exhibited thresholds beyond which forecast performance decreased.

For Sacramento River Fall Chinook, two indices of the marine environment – the Pacific Decadal Oscillation (PDO) and the North Pacific Index (NPI) – were able to explain at least 40% of the variation in the performance of forecasts. A low PDO in the spring or high NPI in the winter led to overestimation of Sacramento River Fall Chinook abundance. Forecasts for both the Klamath and Sacramento stocks rely on sibling-based models, meaning that returns for a given age class are estimated based on numbers of early-maturing individuals, or “jacks,” from that age class that returned the previous year. Thus, changes in ocean conditions (such as PDO and NPI) that occur after the jacks return but before the remainder of the adult cohort returns have the potential to confound the predictive ability of the jack-based models. Models for predicting Puget Sound stock abundance rely on a variety of forecasting types, and far more environmental indices were found to have tipping points that affected these salmon forecasting models. Overall, oceanic indices more commonly exhibited threshold relationships than freshwater indices.

Although the authors caution that it is premature to build these findings into routine salmon forecasting in the near term, the results do have the potential to improve fisheries management in several ways. First, the tipping points identified in this investigation could serve as alarm bells for managers, meaning that when an index exceeds a certain threshold, managers can take precautions to account for effects on forecast accuracy. In addition, the key indices highlighted in this study could be the subject of future research to understand underlying mechanisms, or to create refined indices. In the meantime, even years where forecasts are inaccurate will provide a valuable opportunity to learn more about the potential causes and may guide improvements in forecasting. Environmental conditions once thought of as “extreme” are likely to occur more frequently due to climate change, and consequently they need to be understood and incorporated into future fishy forecasts.