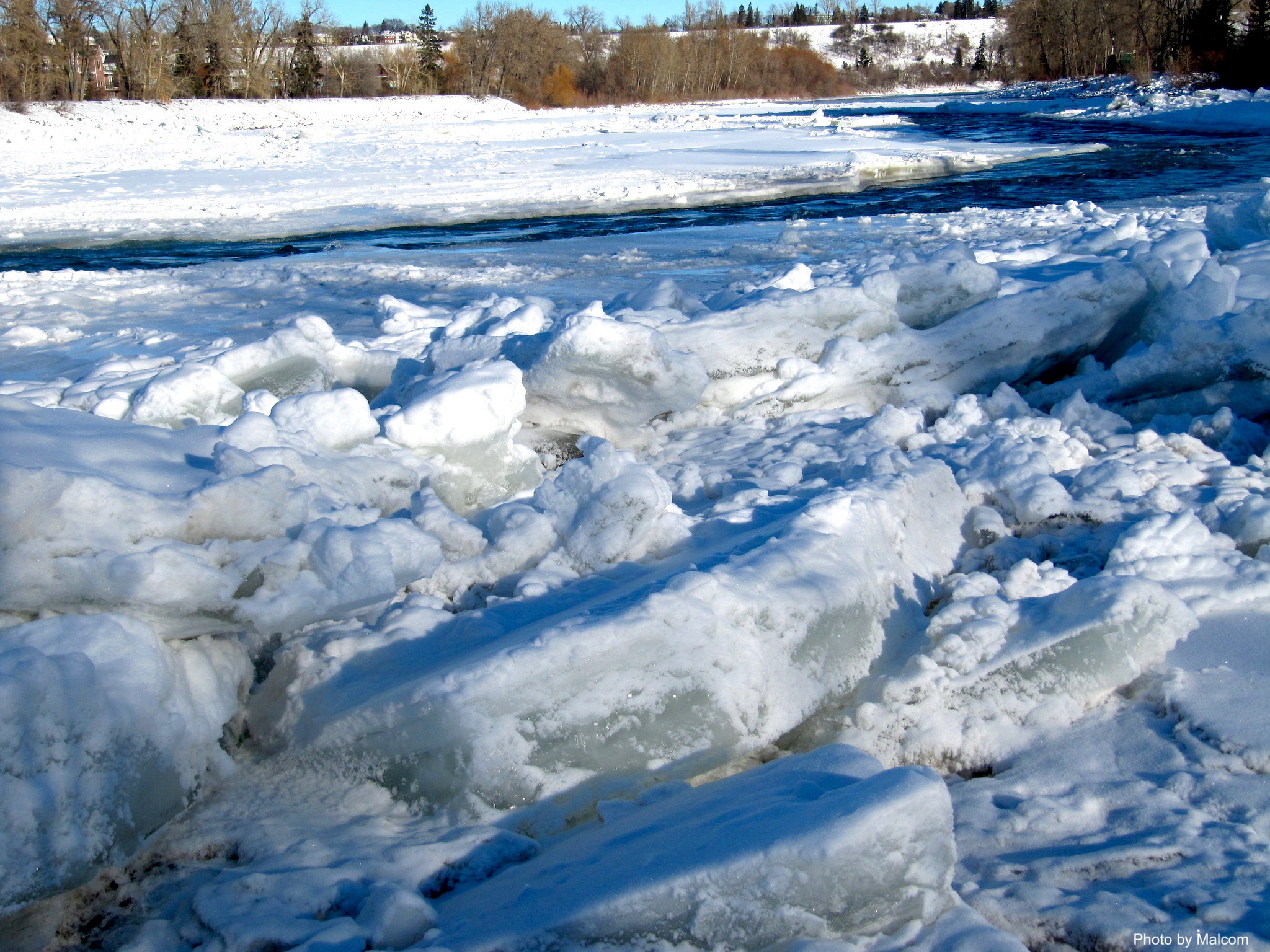 A frozen river can make the perfect photo-op, inspire the urge to go for a skate, or even serve as an important seasonal transportation route to otherwise inaccessible areas. Not only do ice-covered rivers benefit people, they also play an important role in surrounding river habitats. Ice jams, or build-ups of ice that inhibit normal flow, play valuable roles when they form during the spring melt by transporting freshwater, nutrients, and sediments through flooding events. The seasonal freezing of river water can even regulate the global carbon cycle by trapping and slowing carbon emissions from inland water during winter months. These many functions of frozen rivers are largely unknown, as was the true extent of global river ice cover – until recently. Researchers in global hydrology have broken the ice with the first ever global assessment of frozen rivers over multiple time periods, and brand new projections for changes in river ice in the face of climate change (Yang et al. 2020). Their findings suggest that as the Earth warms, river ice will continue to decline in volume, and stay frozen for shorter periods of time – which has significant effects on the functions and services of ice rivers.

The team of hydrologists analyzed a collection of more than 400,000 satellite images from 1984 to 2018 using special software to estimate the percent ice cover of the world’s rivers and create a global river ice database. The extensive time frame of the study allowed the researchers to compare river ice cover from years 1984–1994 to more recent 2008–2018 levels. Between the two periods, they found a monthly decline in river ice of up to 4.3 percent, globally. Declines vary depending on location, with places with more northern latitudes like Alaska, eastern Europe and the Tibetan Plateau seeing the most ice loss. As climate change accelerates, not only does the river’s ice cover diminish, but the amount of time that rivers remain frozen, termed ice duration, is also expected to shrink. Scientists predict that for every 1 °C increase in global mean air temperature, mean ice duration will decrease by almost 7 days.

Perhaps the most pressing implications of these findings include how melting ice leads to unfavorable changes in seasonal greenhouse gas emissions from freshwater sources, and socioeconomic challenges for people who have adapted to frozen river ecosystems in high latitudes. In areas like Canada and Alaska, people use frozen rivers as temporary transportation routes to reach isolated communities that are otherwise inaccessible by land. In the event of melting river ice, these ice road networks will have smaller windows of access, or may even completely disappear – taking away seasonal access to remote places that depend on the ice roads to import necessary goods. Every year, more than half of the rivers on Earth freeze over, and as river ice disappears with global warming, so do the ecological services associated with it. Scientists associated with this study hope to present this updated global river ice model as a tool to highlight the rate of river ice loss, increase the accuracy of future projections, and encourage further conversation among the science community about the implications of changes in global river ice cover.