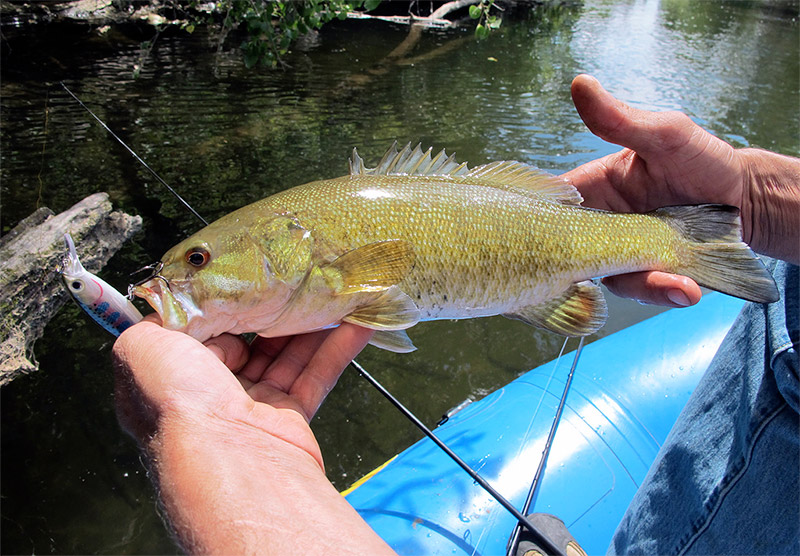 Few things are quite as satisfying as frying up a fish you’ve caught yourself. But could eating that keeper pulled from the river be dangerous to your health? This question is at the heart of a study recently released by the Surface Water Ambient Monitoring Program (SWAMP), which is part of the State Water Resources Control Board. The group conducted the first statewide study of contaminants in sport fishes from rivers and streams across California. The good news is that contaminants such as pesticides, PCBs, and selenium rarely reached levels of safety concern in freshwater fish fillets. However, the report does raise a notable red flag: the level of methylmercury is alarmingly high in sport fishes from the Sacramento-San Joaquin Delta region, in keeping with the Delta’s mercury legacy.

This survey of California’s rivers and streams follows two previous SWAMP contamination studies: one of lakes and reservoirs in 2007 and 2008, and one of the coast, bays and estuaries in 2009 and 2010 (see Are your fish safe to eat?). For the most recent study, researchers collected 16 species of fishes from 63 rivers and streams throughout the state. They compared the concentration of contaminants in fish tissue to thresholds set by the California Office of Environmental Health Hazard Assessment. Eight survey locations had average methylmercury concentrations exceeding a threshold of 0.44 parts per million (ppm). This is the level where frequent consumption is considered dangerous to children and women of childbearing age because methylmercury can impair development of the nervous system. Seven of these eight hotspots occurred in the Delta and nearby tributaries. Similar to patterns found in previous surveys, the highest concentrations occurred around edges of the Delta, with lower concentrations in the center.

Fish species also differ in their levels of contamination, with Chinook salmon, rainbow trout, brook trout, and yellow perch generally exhibiting low levels of methylmercury. In contrast, high-level predators are known to accumulate more metals in their tissues (see Heavy metal). Sacramento Pikeminnow, smallmouth bass, largemouth bass, and striped bass frequently exceeded the methylmercury safety standards. Although the Delta jumps out as a mercury problem spot, about half of the 63 locations sampled around the state exhibited low concentrations of methylmercury (<0.07 ppm). This is partially because rainbow trout, which are low in mercury, were often the only one of the study’s target species that could be collected in many high altitude streams. While this report provides good geographic information about locations of contamination concern, the study authors point out that long-term trends at these sites are currently unknown. They recommend establishing monitoring stations where a contamination time series can be generated through regular sampling. It’s worth our while to pay attention to contaminants in waterways, which not only affect the health of fishes, but also travel up the food chain to enter our own bodies through the fish we eat.