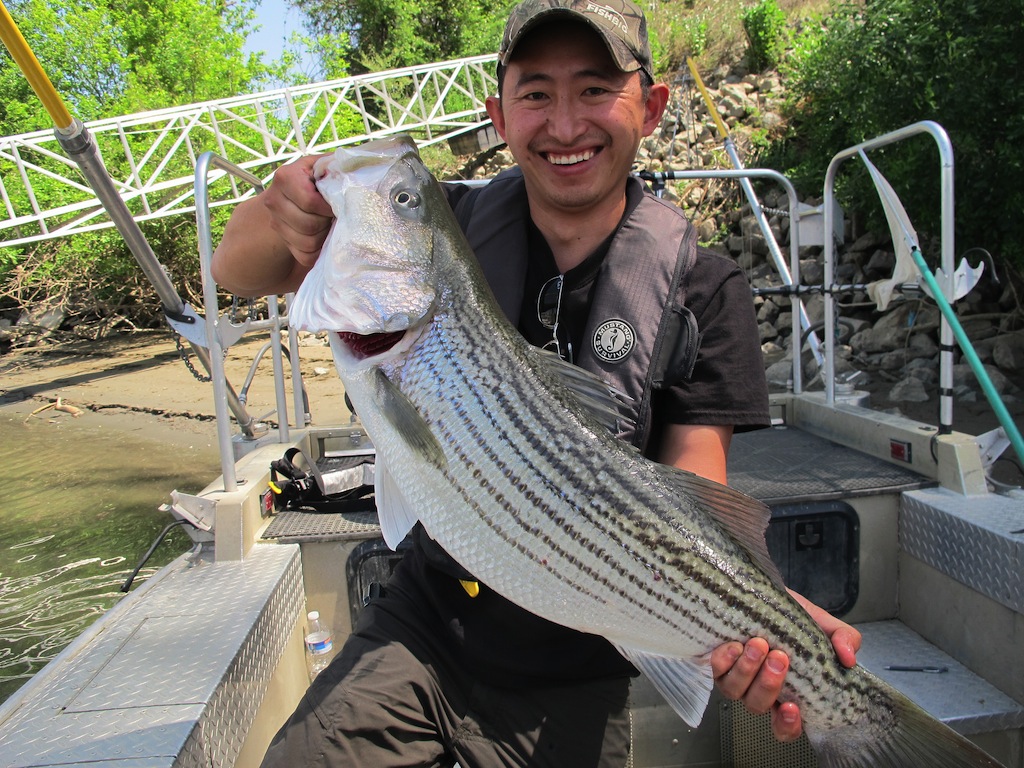 When it comes to sport fishing, passions can run high. One of our most viewed blog posts of all time is a post from 2011 called “Changes To California Striped Bass Regulations On The Table.” The post continues to attract a lot of traffic, presumably from anglers worried that new changes to fishing regulations are in the works. As the title implies, this post discussed a proposal by the California Department of Fish and Wildlife to loosen fishing restrictions on striped bass. The goal of these proposed changes was to reduce the striped bass population and ease predation pressure on salmonids and Delta smelt in the Sacramento–San Joaquin River Delta. The proposed regulations included raising the daily bag limit for striped bass from two to six fish, with a possession limit of 12 fish, and lowering the minimum size for striped bass from 18 to 12 inches. The proposal also included modified regulations at Clifton Court Forebay, a predation hot spot, with a proposed daily bag limit of 20 fish, a possession limit of 40 fish, and no size limit. During a series of public meetings regarding the proposed changes, striped bass fishermen voiced tremendous concern that this beloved sport fish would be extirpated if fishing regulations were loosened. The California Fish and Game Commission ultimately voted to reject changes to the fishing regulations in 2012.

Introduced into the San Francisco Bay in 1879 by the California Fish and Game Commission, striped bass quickly became established in the region. Within 10 years, they were abundant enough for a commercial fishery to develop. During the early 1900s, striped bass thrived alongside salmon, but as salmon declined over the latter part of the century, the impact of these introduced predators took a proportionally greater toll on the salmon population. However, convincing state regulators to allow increased fishing pressure on striped bass (and thus reduce their population) is a tough proposition because of the fish’s popularity. According to a California Department of Fish and Wildlife survey of anglers in 2010, striped bass are the most sought-after species in Central Valley rivers, with half of all angling effort (51%) targeting striped bass. According to the survey, anglers keep only about 14.5% of the striped bass they catch, meaning the rest are released and can continue eating native fish. Unfortunately for salmon advocates, native fish are losing the popularity contest. Yet economic analyses suggest that the total economic impact of salmon fishing in California far outweighs that of striped bass. 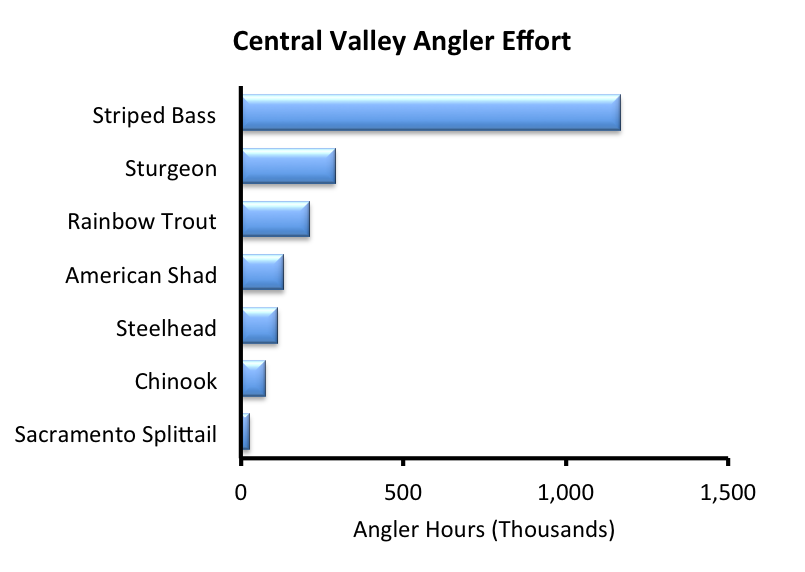 Controlling predators to help their prey species is not a new idea; other states have been controlling non-native and native predators with measured success for decades. Although fisheries managers have known about the predation issue in the Delta for years, a few California scientists have expressed concerns over predator control, as we addressed in a recent Fish Report. While California has failed to act, some political support for predator control has recently developed at the federal level. Multiple bills currently proposed in Congress include provisions for advancing predator control in the Delta. An amendment to the Commerce, Justice and Science Appropriation Act (HR 2578) ties funding for the National Oceanic and Atmospheric Administration (NOAA) to addressing salmon and steelhead predation in Endangered Species Act Recovery Plans. The Western Water and American Food Security Act of 2015 (HR 2898) includes a provision for establishing a localized predator removal program in the Central Valley, and the competing California Emergency Drought Relief Act also contains actions to reduce predation in the Delta.

While these federal actions alone may not be sufficient to produce population increases in some threatened or endangered species, there is evidence that predation is a major barrier to salmon recovery, and the proposed legislation demonstrates a changing mindset toward controlling predation of declining species. Many other factors are related to the decline and recovery of threatened and endangered native species, including water supply, water diversion, water quality, habitat modification, fish passage, and harvest and hatchery practices. While non-native predators are not the sole cause of native fish declines, controlling predation is often one of the least expensive and quickest recovery actions to implement. Striped bass are highly prized by many anglers in California, and are often treated as a native or naturalized species. However, if salmon recovery is to be taken seriously, predator control should at least be tested on a watershed level. If these efforts do not result in increased abundances of threatened or endangered native species, policies could then be reversed. Perhaps the biggest hurdle to controlling non-native species like striped bass will be changing the mindset of the fishing community that cares deeply about these popular predators.