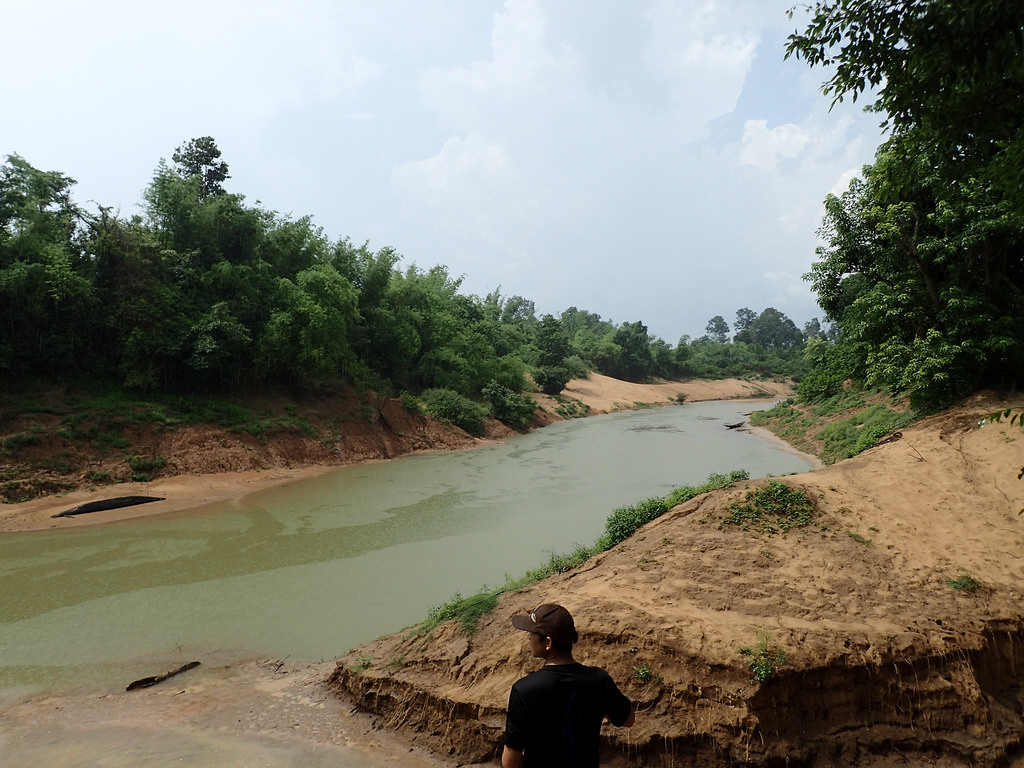 It’s hard to manage what you can’t count. The same is true whether trying to manage a fish population or a group of fish conservation areas. Community co-managed freshwater protected areas called Fish Conservation Zones (FCZs) have been officially established throughout Laos in Southeast Asia as a fisheries management strategy for the past 25 years. However, it is still hard to answer a few basic questions about these conservation zones, such as: How many are there? Where are they? And are they functioning effectively? One of FISHBIO’s projects funded by the Critical Ecosystem Partnership Fund has endeavored to answer some of these questions. This has included working with the Lao Department of Livestock and Fisheries (DLF) to produce a status report and a formal tally of the FCZs in the country. The recently completed report synthesizes the results of two government workshops on FCZs held in 2017, along with input from DLF. It lists the most up-to-date tally as 1,313 FCZs that are formally recognized by the government. The report is available to download online here.

The report draws on the outcomes of two 2017 government-organized workshops about FCZs, one held in Luang Prabang Province in northern Laos, and the second held in Savannakhet Province in southern Laos. At each meeting, representatives from the provincial and district offices of Agriculture and Forestry reported on the total number of officially recognized and unofficial FCZs in each province, and discussed challenges and lessons learned regarding FCZ management. Following the workshops, staff from DLF compiled the number of FCZs in each province. Communities must go through a regulations approval process to have their FCZ formally recognized by the government and receive government support in enforcing the regulations. The distribution of 1,313 of these official FCZs is shown in the map below. Additional, unofficial FCZs that have not completed the formal approval process and are managed solely by communities also exist, but these have not yet been formally tallied for the country. 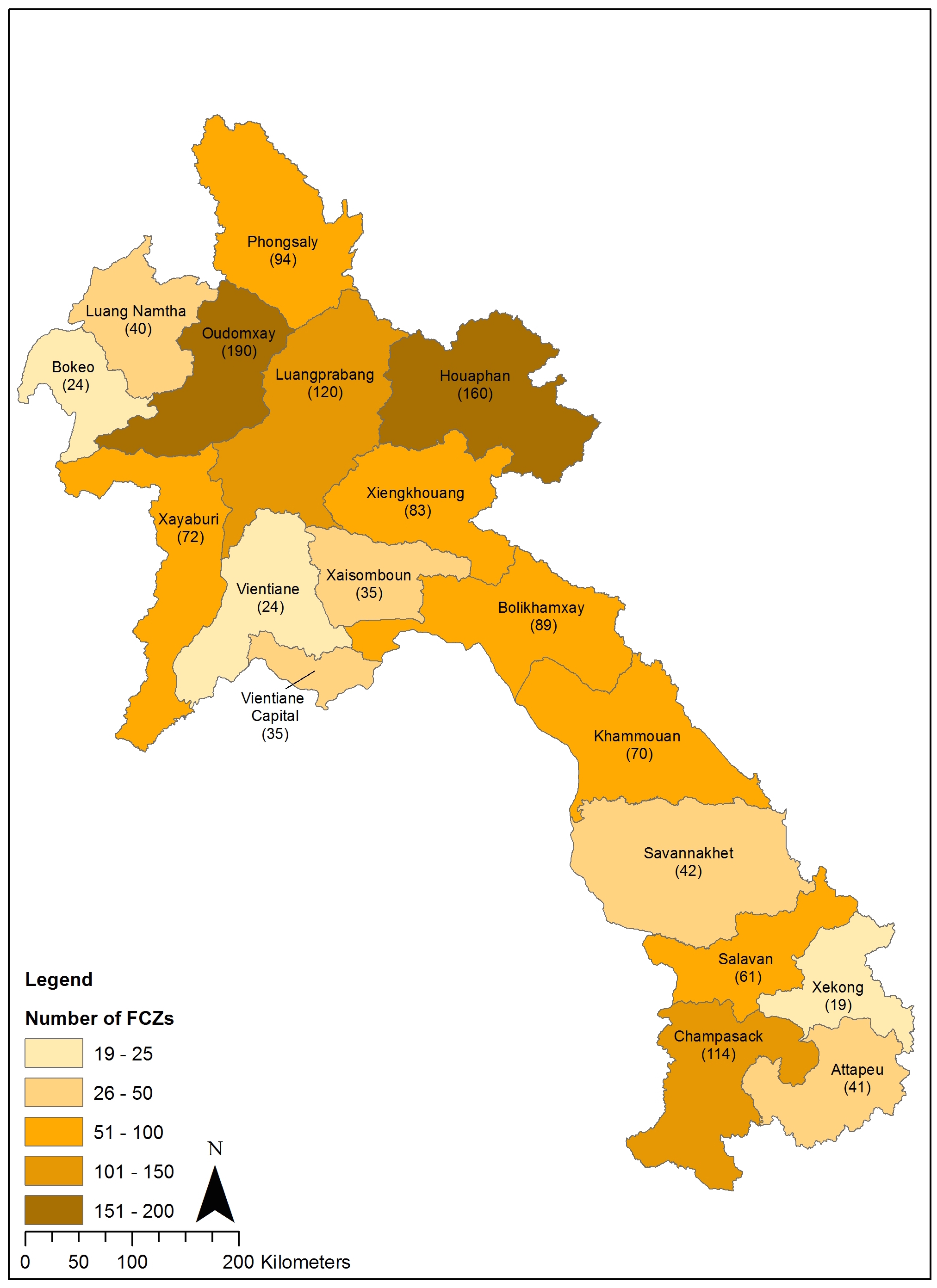 It is important to note that not all FCZs may currently be functional or active, and instead may exist in name only. Workshop participants identified several environmental and logistical challenges to community fisheries management that can cause an FCZ to become inactive, environmental challenges included impacts to the river habitat in the FCZ from infrastructure development, such as building hydropower dams, roads, and bridges; land clearance and soil erosion near FCZs; sand and gravel mining in or upstream of the sites; and the use of chemical pesticides in agriculture that harm fishes. Logistical challenges included a lack of budget to support long-term FCZ monitoring and enforcement, old or broken FCZ signs, changes in village leadership that result in decreased support for the FCZ or weakening of the regulations, and a lack of coordination and communication between villagers and government staff to implement the FCZ regulations. Participants also noted that little is being done to curb the sale of illegal fishing gear such as electrical devices, which still appear in many shops or markets.

While there is no quick and easy answer to address these challenges, taking stock of them is an important step in trying to develop solutions. Similarly, documenting the extent of FCZ establishment in Laos is an important step in understanding how resources and effort have been distributed to enact this fisheries co-management strategy. An important follow-up would be to broadly evaluate these FCZs to understand which are functioning effectively and which are underperforming or inactive, as well as understand the constraints, challenges, and conducive conditions for FCZ management at a given location. Strategies can then be developed to improve the management and performance of these FCZs in achieving their desired outcomes. FISHBIO is currently finalizing a guidebook with steps to assess FCZs in Laos that could be used as a resource to aid in regular FCZ monitoring and evaluation. We hope that an effort will also be made to regularly update the FCZ inventory to provide current information on the extent and coverage of fish conservation zones in Laos.

This post featured in our weekly e-newsletter, the Fish Report. You can subscribe to the Fish Report here. The report was updated in March 2019 to reflect updated information from the Department of Livestock and Fisheries.