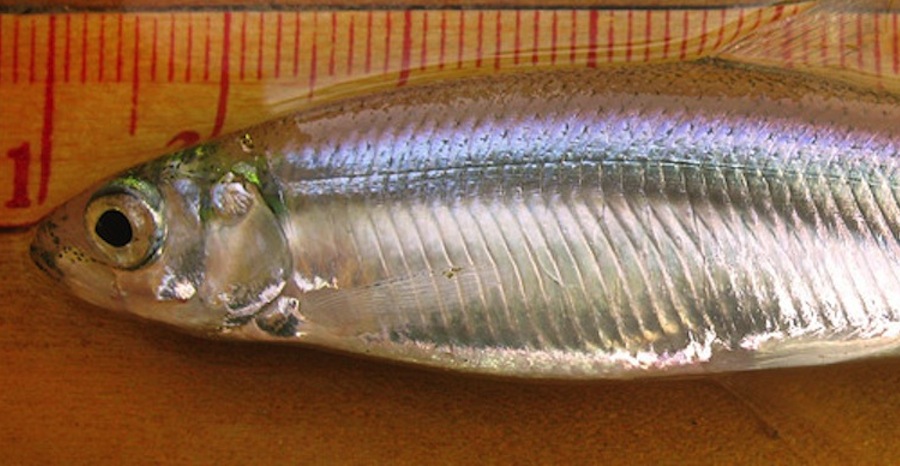 The lowest ever recorded index of abundance for delta smelt (Hypomesus transpacificus) was reported earlier this year in the results from the 2014 California Department of Fish and Wildlife (CDFW) Fall Midwater Trawl (FMWT) of the Sacramento-San Joaquin River Delta, raising questions about the future survival of the species. In addition, all other species reported, with the exception of threadfin shad, were lower than values reported in 2013 (See: Fish Numbers In San Francisco Bay Delta Remain Low). Although the threatened delta smelt exhibited a slight increase in abundance in 2011, (See: Endangered Delta Smelt Show Improvement in 2011), the years following were all marked by low abundance (see the graph below). The decline in these pelagic fish species, first noted in the early 2000s, is aptly named the Pelagic Organism Decline (POD). In 2005, the POD Work Team was formed to investigate potential reasons for the decline in these species. Recently, the Interagency Ecological Program (IEP) released a technical report containing an updated conceptual model of all the factors that could influence delta smelt throughout their life cycle, which can guide scientific and management actions. 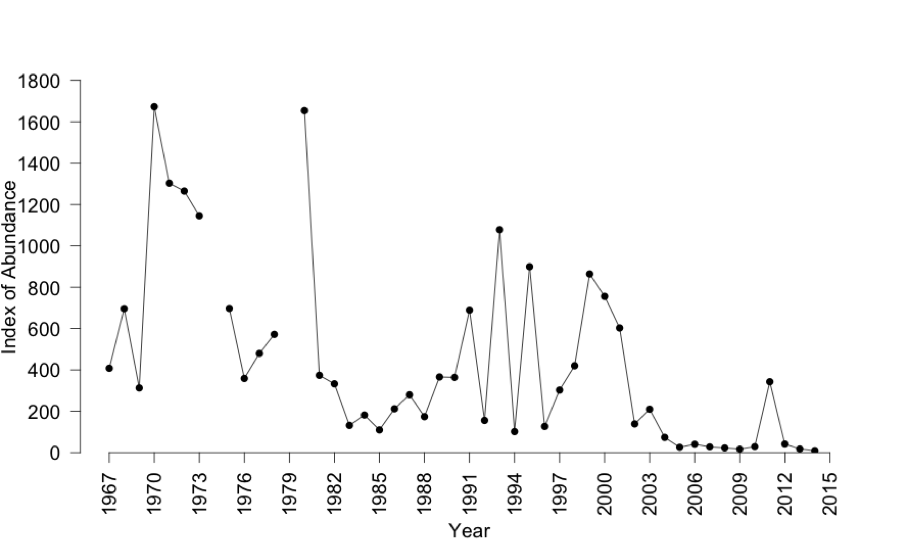 The delta smelt has become a symbol of the health of the Delta and a political archetype of water management in the Central Valley. Millions of dollars and many years have been spent to study this iconic estuarine species and determine reasons for its decline. Part of the reason for this massive effort is because the delta smelt has been described as an indicator species of overall water quality. The recent conceptual model includes many proposed causes for the decline in the delta smelt population, including habitat loss, changes in water quality (e.g., turbidity, water temperature, and the shifting location of a low-salinity zone known as X2, or the point upstream from the Golden Gate Bridge where the salinity near the river bottom is 2 parts per thousand), entrainment in pumps, and spread of competing invasive species (such as the overbite clam, Potamocorbula amurensis). Other potential sources of decline are predation and contaminants; however, the IEP (2014) indicated that these two factors, as well as many others, still need further investigation.

One prevailing questions is how the drought is affecting these and other fish. Drought conditions (See: California Drought Update) are characterized by an extended period of low water availability, which ultimately means less water for fish and wildlife as well as other beneficial uses (e.g., municipal, agricultural, and recreational use). Because less fresh water is available, there have been distributional shifts in the low salinity zone (LSZ) of the Delta, and saltwater intrudes further upstream. These distributional shifts in the location of the LSZ (as measured by X2) directly impact the available habitat for delta smelt because adults typically move into freshwater to spawn, but younger delta smelt typically reside in the LSZ. Water management, including operation of the Central Valley Pump (CVP) and State Water Pump (SWP), can also shift the location of the LSZ and impact delta smelt habitat availability. Drought conditions have also made it easier for the colonization and spread of invasive species such as the overbite clam, which reduces the amount of phytoplankton available for other species to feed on (Kimmerer and Thompson 2014), including delta smelt. Brazilian waterweed (Egeria densa), another invasive non-native species, creates habitat for predatory non-native fishes such as largemouth bass (Brown and Michniuk 2007 as cited by IEP 2014). In their short life span of approximately one year, delta smelt face a multitude of factors that affect their survival. These conceptual models continue to provide guidance for further investigations into potential stressors and identify data gaps on delta smelt (Metcalf et al. 2009).

While the FMWT results have prompted some scientists to describe the population of delta smelt as nearing extinction in the wild, discussions at the recent IEP workshop in March provided some alternative viewpoints. While population of delta smelt is generally estimated using the FMWT, this sampling method has limitations for collecting data specific to delta smelt. Using a surface trawling approach and finer mesh nets, one presenter found higher abundances of delta smelt than the FMWT. Another presentation detailed the effective population size of delta smelt as determined by genetic techniques. The effective population size is the number of individuals in a population who contribute offspring to the next generation, or the size at which a population functions genetically. This presenter found evidence of an effective population size well above the thresholds of extinction that are commonly accepted by conservation geneticists. Time will tell how the fish will fare – hopefully, the recent synthesis of science in the conceptual model can inform management decisions in these difficult drought conditions.