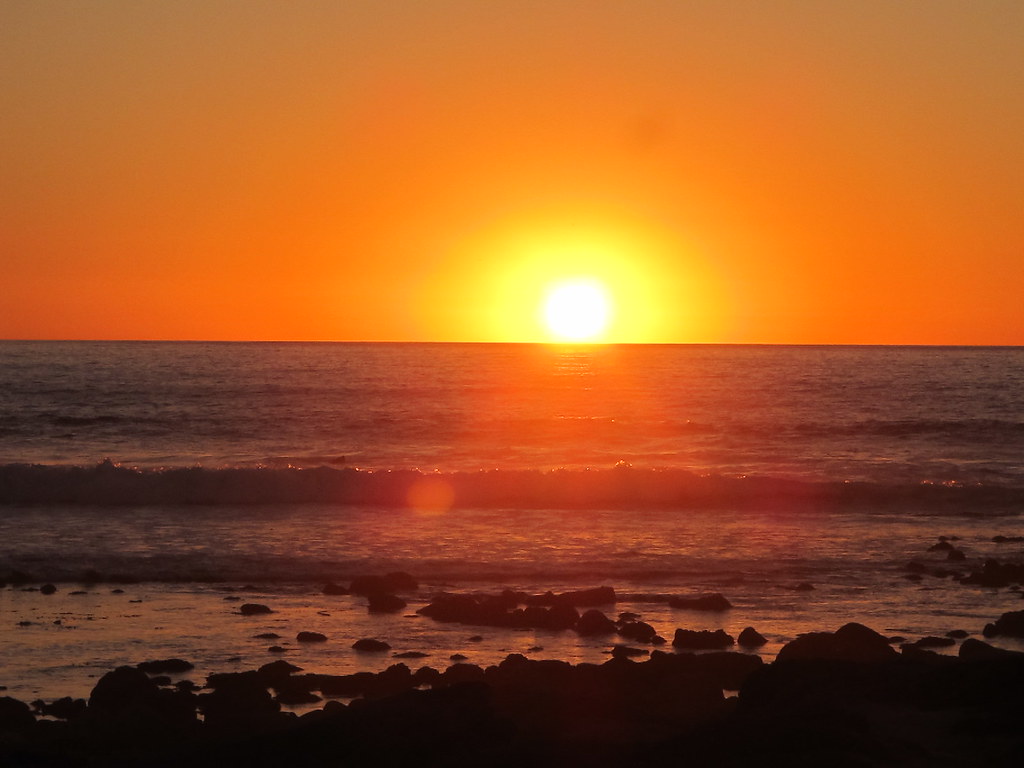 Sometimes a warm welcome is not a good thing. The Northwest Fisheries Science Center (NWFSC) recently released information on the 2017 ocean conditions that greeted out-migrating juvenile salmon off the coast of Oregon and Washington this year. The NWFSC has been studying the ecology of juvenile salmon entering the ocean for the last 20 years, documenting environmental conditions such as sea surface temperatures and salinity, and biological factors such as food supply. Their findings show ocean conditions were particularly poor beginning in 2014, and worsened in 2015 and 2016. Now the early indications for 2017 are looking just as bad. Juvenile salmon surveys conducted this June by NOAA Fisheries off the Pacific Northwest resulted in “the fewest juvenile salmon of any of the last 20 years,” suggesting that many of the salmon in the region that out-migrated to the ocean this year did not survive. 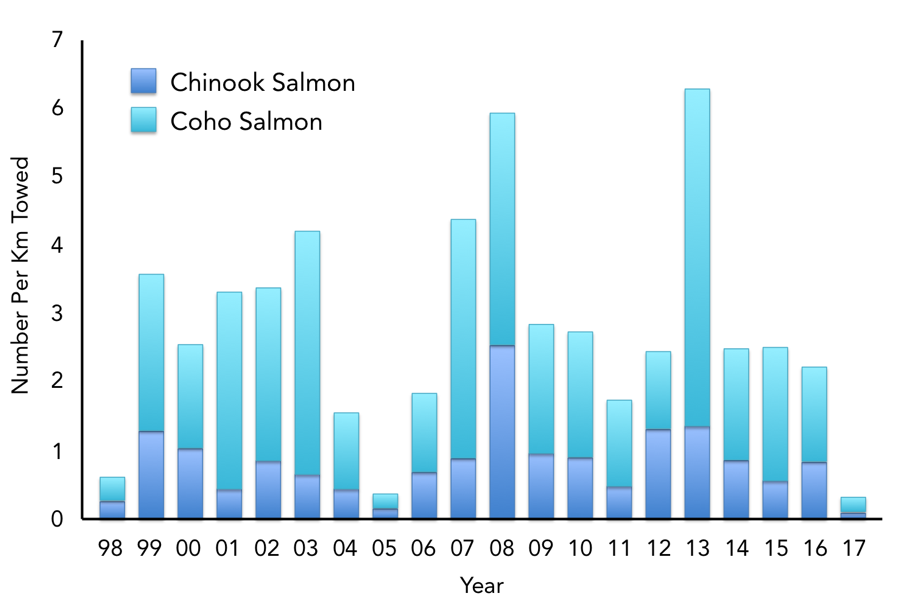 Much of the focus on ocean conditions has centered around a physical feature nicknamed the warm “Blob” (Bond et al. 2015). This circular mass of warm water began forming in the fall of 2013 and persisted through the fall of 2016. The Blob spread across the entire North Pacific, producing temperature anomalies of 1 to 4 degrees Celsius (2 to 7 degrees Fahrenheit) that extended for 1,000 miles and to depths of 1,000 feet. The Blob was formed by the “Ridiculously Resilient Ridge,” a ridge of high pressure that was also responsible for the California drought. The Ridiculously Resilient Ridge prevented storms that usually move west across the Pacific from drawing heat out of the ocean, which also affected ocean currents.

The Blob along with the El Niño of 2016 have been linked to disruption in the ocean food chain, with harmful consequences for salmon, birds and marine mammals. Off the Oregon coast, sampling has documented at least 18 tropical copepod species never before seen that far north. Unfortunately, the abundant subtropical copepods recorded in 2015-2016 lack energy-rich lipids that form the base of the food chain, unlike the northern or cold-water copepods that are rich in lipids. Northern copepods are normally abundant during the summer months (May-September), and large numbers of northern copepods are related to high returns of Chinook salmon in the Columbia River two years later. The cold-water copepod species thrive in cold, salty, nutrient-rich water typically associated with spring upwelling. The timing and duration of the cold-water copepod community, known as the biological spring transition, can have a big influence on the survival of juvenile coho and Chinook salmon—but in 2015 and 2016, this event never occurred.

The impacts of the ongoing poor ocean conditions that began in 2014 are just starting to be realized. Coho salmon that out-migrated from the Columbia system in 2014 and 2015, and returned to Bonneville Dam in the fall of 2015 and 2016, respectively, were some of the lowest runs on record (42,000 and 37,000 fish respectively). Columbia spring-run salmon that went to sea in 2014 returned at average levels in 2016, but 2015 out-migrants that returned as adults in 2017 only reached about half (55 percent) of the 10-year average passage at Bonneville. Columbia fall-run Chinook spend at least three years at sea, so juveniles that out-migrated in 2014 will return as adults this year. The poor ocean conditions in 2015-2017 should have a lasting impact on adult returns for the next several years.

It’s not yet fully understood whether salmon out-migrating from California experience similar ocean conditions as the those in the Pacific Northwest. However, as we reported earlier in the year, salmon abundance in California measured by the Sacramento Index (SI) has been on a downward trend since 2014. This decline is likely the result of the severe California drought that began in 2012 and persisted through 2016. The majority of the 2017 fall run will be composed of fish that migrated out to sea in 2015, the driest of the five drought years, so it will be interesting to see how many return to spawn this year. During the drought, out-migrating salmon faced warmer river temperatures, reduced river outflow, and increased predation. While California fisheries managers tried to improve survival of hatchery smolts by trucking them to the San Francisco Bay, naturally spawned and reared salmon were left to fend for themselves. It could be that juvenile salmon may have survived drought conditions in the Central Valley only to encounter more harsh conditions once they finally reached the ocean.