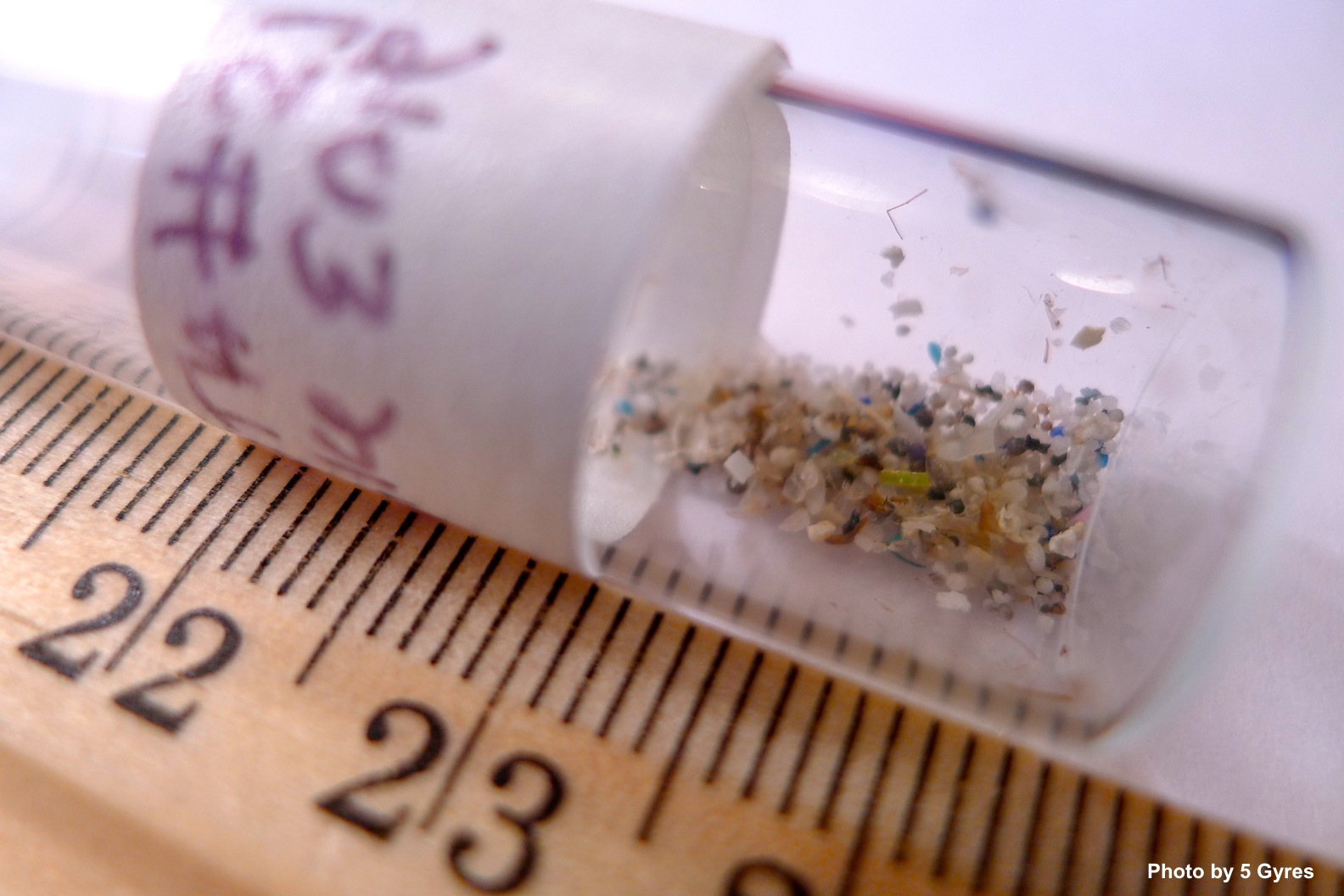 Tiny bits of plastic, known as microplastics, are becoming a massive aquatic problem. It may be easy to think plastic poses no problem if it’s so tiny you can barely even see it. However, the Vancouver Aquarium Marine Science Centre has recently documented disturbing evidence off the coast of British Columbia that zooplankton, the tiny animals at the bottom of the marine food web, are ingesting plastics at surprising rates. The authors found that one in every 34 copepods, and one in every 17 euphausiids contained plastic (Desforges et al. 2015). These copepods and euphausiids in turn serve as a primary food source for juvenile salmon. The study authors estimated that at these rates, a juvenile salmon off the British Columbia coast would consume two to seven microplastic particles per day in its prey. For those of us who enjoy eating Pacific salmon, this is a truly unsettling thought – the last thing we want is seafood riddled with plastic.

A study published last month confirmed that fish and shellfish on sale for human consumption in California and Indonesia indeed contain plastic debris and fibers (Rochman et al 2015a). Of the individual fish sampled, 28 percent in Sulawesi, Indonesia, and 25 percent in California had debris from human products in their digestive tracts. This finding was not limited to just a few species: six out of 11 sampled species in Indonesia and eight out of 12 sampled species in California (including striped bass and Chinook salmon) had ingested this debris. There was a surprising difference in the types of debris found in fish from the two locations. All debris found in fish from Indonesia were plastic (including Styrofoam), with no fibers from textiles found. In contrast, the primary debris in California fish samples were fibers, which might either be natural (like cotton) or synthetic, along with the occasional plastic or Styrofoam piece.

Another source of microplastic in the ocean that has recently come under intense scrutiny are “microbeads.” These are small plastic beads less than 1 mm in diameter made from synthetic polymers, and are used in numerous household products, especially those used for scrubbing, like face wash, body wash, and cleaning supplies. Researchers recently estimated that 8 trillion microbeads wash into aquatic habitats in the U.S. each day, which is enough to cover more than 300 tennis courts with a single layer of these little beads (Rochman et al. 2015b). When plastics like microbeads end up in the ocean, they can soak up pollutants, which can transfer chemicals into the tissues of fish when the animals inadvertently consume the plastics. More research is needed to determine whether microplastics consumed by fish and shellfish are impacting human health. 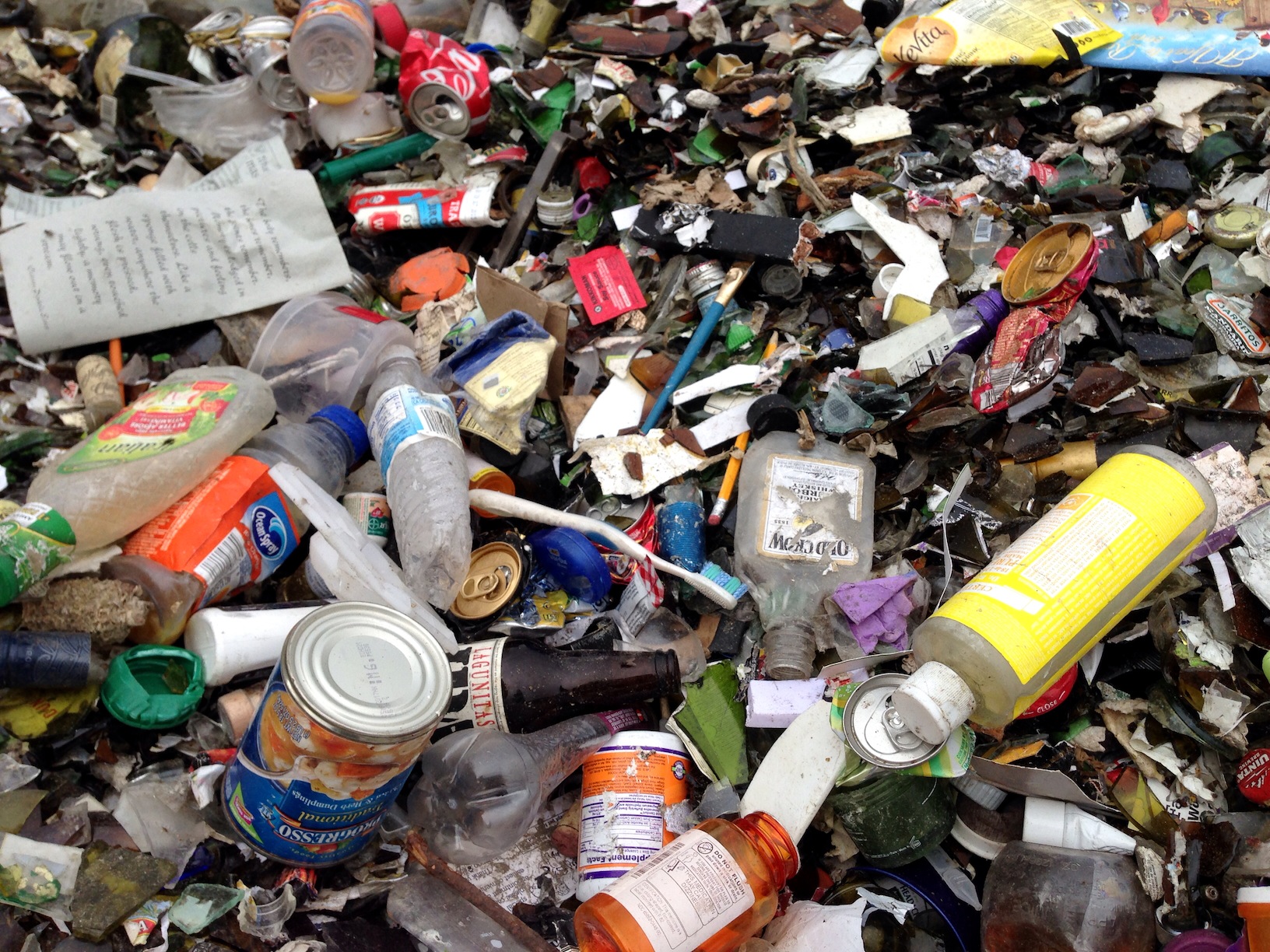 The California legislature is beginning to address the plastic issue, and in early September passed the bill AB 888 Waste management: plastic microbeads (Rep. Richard Bloom, D-Santa Monica), which is awaiting the governor’s signature. Starting in 2020, the bill would ban the sales of any “personal care product containing plastic microbeads that are used to exfoliate or cleanse in a rinse-off product, as specified.” However, the bill would still exempt products containing less than 1 part per million (ppm) of plastic microbeads by weight. Colorado, Connecticut, Illinois, New Jersey, Maine, Maryland and Wisconsin have already regulated or banned microbeads, although researchers caution that vague wording in these bans offers loopholes for microbeads to slip through (Rochman et al 2015b).

It is important to note that the microplastics in the first two studies described above were not microbeads, but actually small fragments of other plastics and synthetic fibers that have broken down. Consequently, this microplastic challenge doesn’t stop with the ban of the microbead. There are still many plastics out there that end up in our rivers and beaches. Each of us has a part play in preventing plastic pollution from entering out waterways. The best way to do that is to avoid plastic to begin with, and go back to the old “3R’s” mantra: reduce, reuse, and (if you must purchase) recycle.