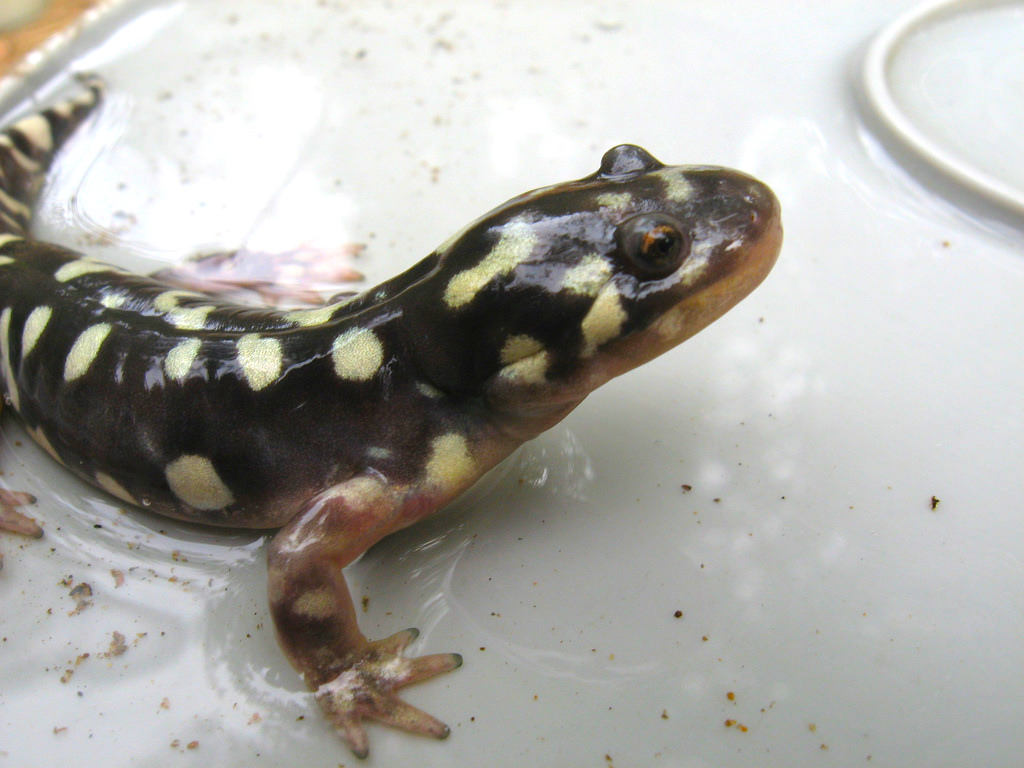 Nearly two feet below the ground, slithery creatures covered in yellowish-brown blotches rest for a majority of the year. The California tiger Salamander (Ambystoma californiense) frequently burrows its slimy body into the moist sediment on the banks of small seasonal wetlands like vernal pools, ponds, and small streams to escape the scorching heat of California’s Central Valley. Despite spending so much time underground, these salamanders start their lives  in small bodies of water that serve as their breeding grounds.

With a 17 to 22-inch body to feed, the tiger salamander nourishes itself by consuming worms and insects. The tiger salamander’s two far-set eyes, pink tongue, and tiny nostrils can be seen poking out of the ground after a large rainfall or in the early spring. During this time of year, the tiger salamander lives above ground to mate in ponds where a single female may lay up to 1,300 eggs. These amphibians can reach up to 10 years of age and follow a similar metamorphic life cycle as other amphibians: following the hatching of salamander larvae in ponds, juveniles will leave their aquatic environment for a terrestrial one, where they will complete their adult life cycle on land (or under it). 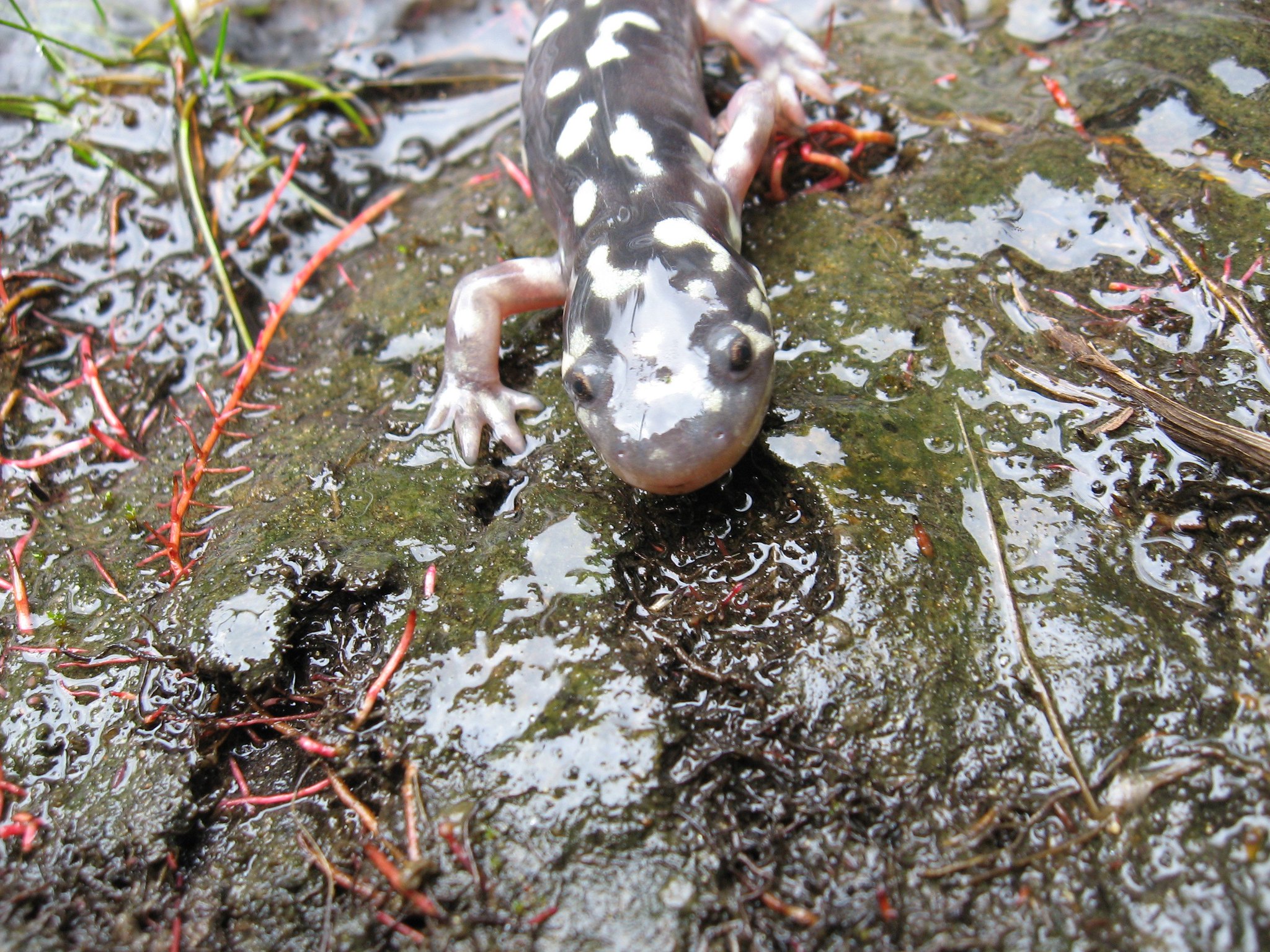 Living underground is a key strategy for these salamanders to evade predators, such as egrets, fish and bullfrogs. But this adaptation can’t protect salamanders from bigger  external threats. Under the influence of climate change, seasonal wetlands are at a risk of drying up due to drought. These important salamander breeding habitats are also being lost to development, which threatens the species’ survival.

Although these animals face many challenges, watching one swim can be enough to brighten your day. In the water, they wiggle themselves side to side as if they’re grooving  to the beat of Michael Jackson’s “Shake your body” (check out some wiggles at 1:10 of this video). A salamander sighting is always a fortunate event. If you get stuck under a heavy rainfall one evening and seek shelter under some canopy, you might just see the California tiger salamander pop up from beneath your feet and enjoy the rain with you.

This story was written by Madison Langweil as part of an internship with FISHBIO.