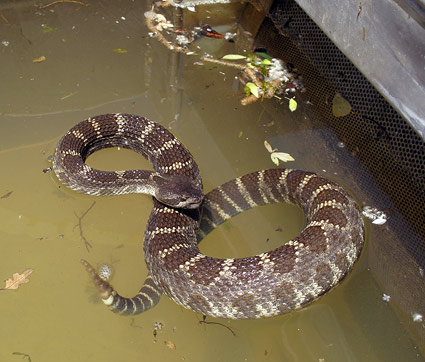 We never know what we are going to catch when we open the livebox on one of our rotary screw traps. This Northern Pacific Rattlesnake (Crotalus oreganus) was enough to elevate our heart rates. Fortunately its heart rate was probably considerably reduced as a result of spending some time in 60°F water. It was gently removed and continued on its way, unharmed. 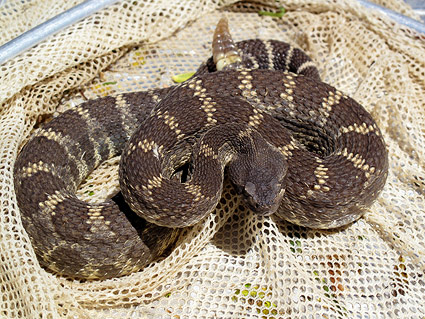 Rattle snakes are California’s only native venomous snake. The Pacific rattlesnake is found from Santa Barbara county, east to the Sierra Nevada range, and north into British Columbia. They are found in a wide range of habitat including, rocky hillsides, talus slopes and outcrops, rocky stream courses, rocky areas in grasslands, mixed woodlands, montane forests, pinyon juniper, and sagebrush.