The start of the year is a particularly exciting time at Año Nuevo State Park, a coastal region 55 miles south of San Francisco. The park is a cacophony of life as lumbering elephant seals birth their pups and joust for new mates. The windswept Año Nuevo Point received the name “New Year’s Point” when it was sighted by Spanish explorers in January 1603. The park is also home to Año Nuevo Island, a tiny predator-free refuge marked by an abandoned Victorian house, and home to hundreds of squawking sea birds that roost and make their nests offshore.

Elephant seals are by far the park’s biggest attraction at this time of year, and adult males can weigh in at a whopping two and a half tons. The blubbery bulls first haul ashore in December, and fight each other for the right to mate with harems of smaller females. Females arrive later in December, and soon give birth to the pup they’ve been carrying since mating the previous year. They are then ready to mate in a matter of weeks, while still nursing their new pups. The pups are weaned in just a few months, once the adults depart in mid-March. Elephant seals spend most of their life at sea, swimming and feeding in the northern Pacific near Washington and British Columbia. 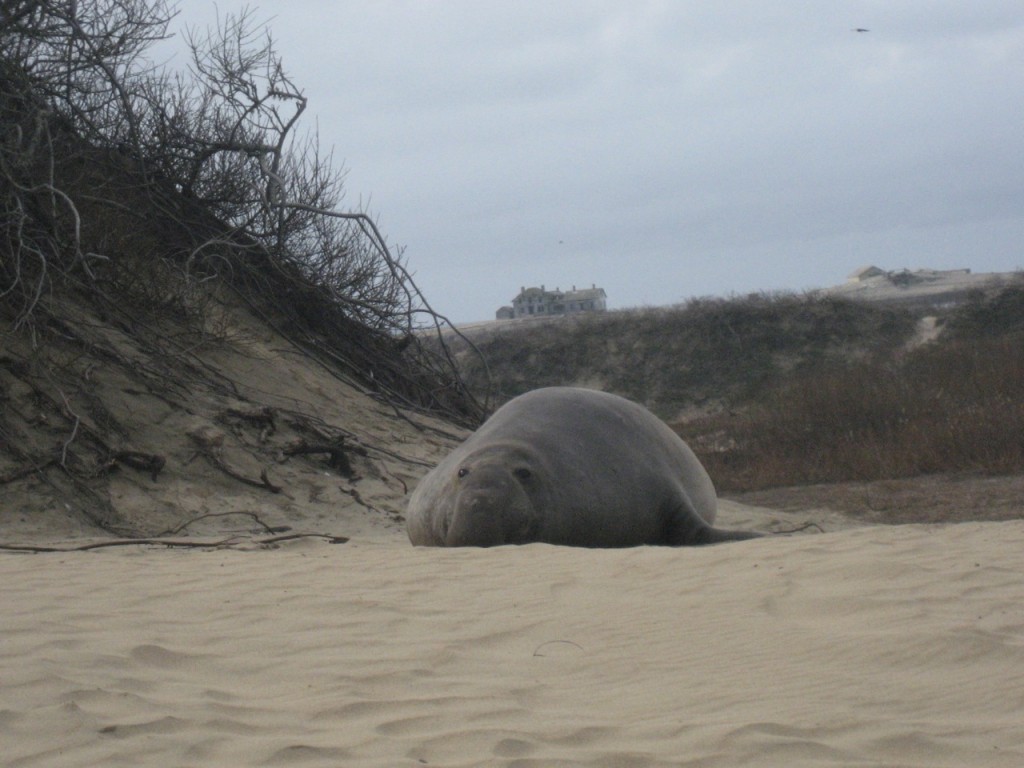 These massive animals were hunted nearly to extinction in the late 1800s for the oil produced from their blubbery fat reserves. Today’s population has descended from a mere 50-100 individuals that survived off the coast of Baja California. Although their population now numbers more than 100,000 and stretches from Point Reyes to Mexico, all of the individuals have an extremely similar genetic makeup, having passed through a population “bottleneck” where genetic diversity was limited to the few surviving individuals. So while their numbers make them a success story of recovery, elephant seals could be very susceptible to a dramatic environmental change or disease. But for now, this year’s pups will be taking their chances on life and kicking off a new generation.