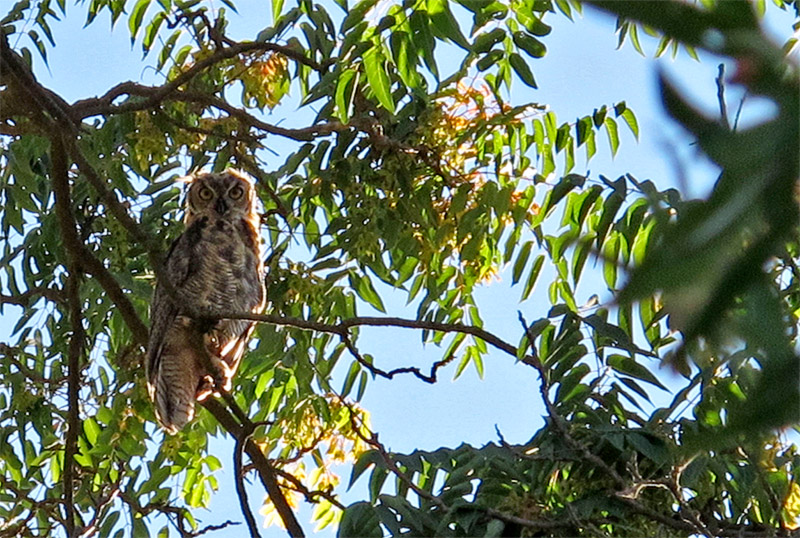 When working out in the field we try to be on our best behavior because we never know who’s got their eye on us. Just last week we were out conducting snorkel surveys, which generally involve long periods of looking down, when we happened to look up to see two adult and two fledgling great horned owls keeping watch over us in a nearby tree. People don’t usually expect to spot an owl during the daytime, but if you look hard enough they can be found roosting in the upper canopy of trees. The great horned owl, named for the ear tufts that usually stick up on their head, is one of the most widespread and common owls in North America and can be found in boreal forest, desert, suburban and urban areas. So, when working outside don’t forget to look up, with any luck you might spot a great horned owl.