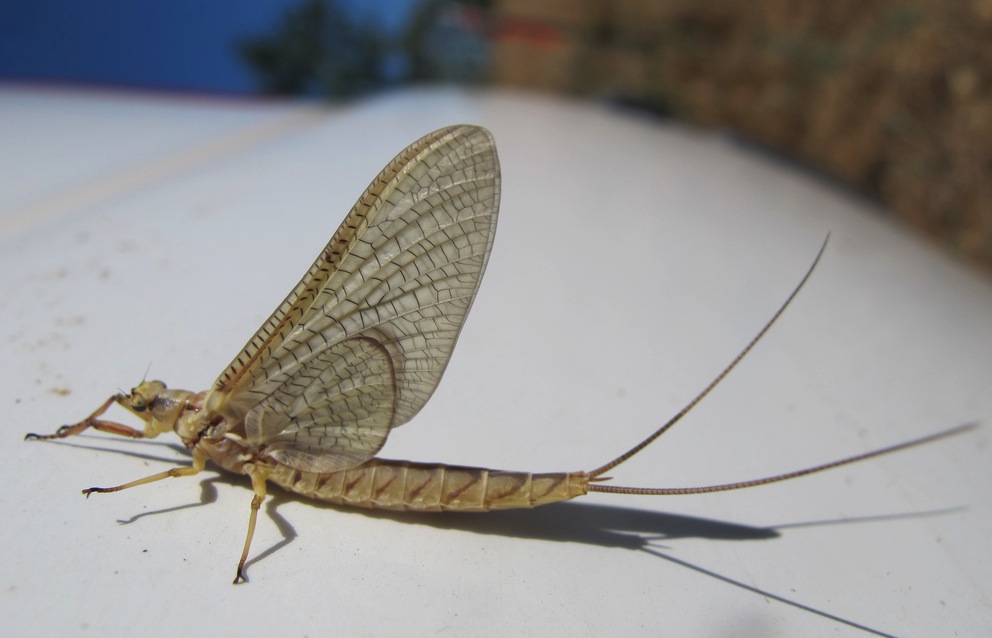 Benthic macroinverebrates are an important source of food for many of the aquatic species found in our river systems, as we described in a previous post, (see Focus on Fish Food). Mayflies, of the order Ephemeroptera, are of particular importance as they provide food for many different species throughout their entire life cycle. They make good eating partly because they are so abundant, as there are roughly 700 described species found in North America alone. The average mayfly life cycle is completed within the span of a year, which also makes them an ideal species for restoration monitoring programs because their populations usually persist for substantial periods of time (see Who’s at home).

Mayflies typically lay their eggs on the water’s surface, which then sink and enter the river’s substrate. Gestation time is short and larval mayflies, also known as nymphs (show below), emerge and begin foraging for algae and detritus found on the rocks of the riverbed. The nymphs go through several developmental molting stages known as instars. When these intermediate molting stages are completed, the nymph swims to the surface where it molts one final time to enter its first adult lifestage, known as a subimago. This stage is sexually immature, and is quite vulnerable to predation, as they have a softer exoskeleton and weak, newly developed wings. After one final molt, the mayfly then enters the imago life stage to complete its life cycle.

Mayflies contribute to the food chain throughout their entire lifecycle. Mayfly eggs are a known food source for freshwater snails as well as caddis fly larvae (which themselves are an important source of food for salmon and trout). Mayfly nymphs provide food for young salmonids, and also fall prey to round worms, flies, water beetles, frogs, and birds. Once they’ve reached the subimago life stage, mayflies are food for dragonflies, birds, and multiple species of fish. However old it is, a mayfly makes a meal for variety of different organisms. 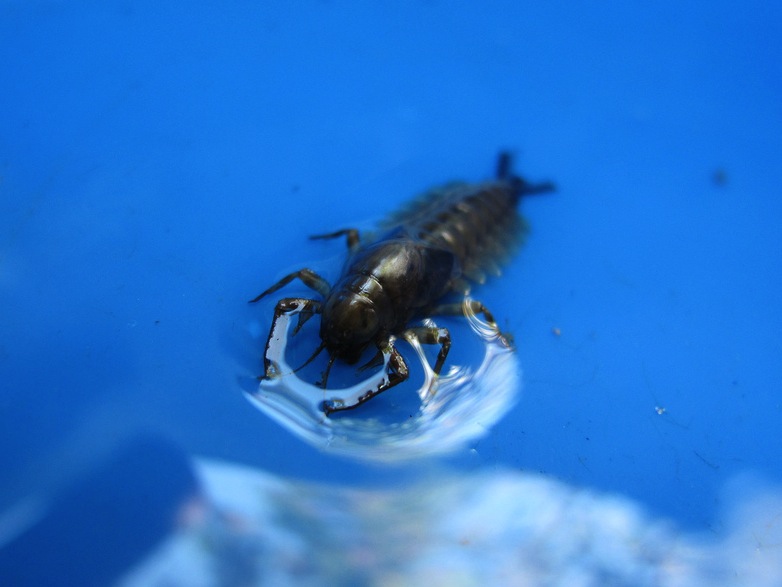