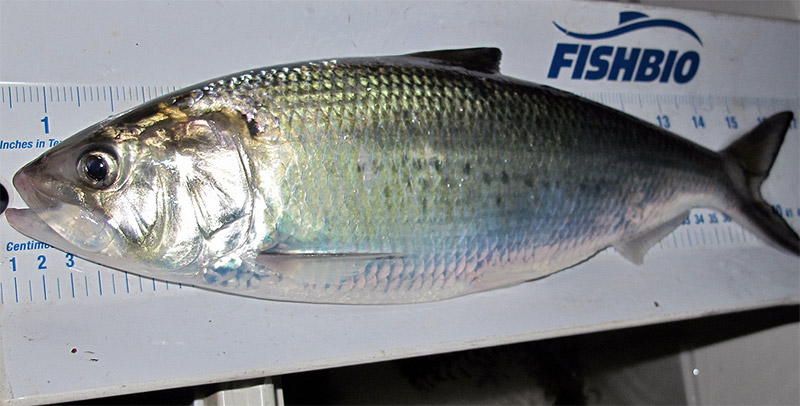 American shad, Alosa sapidissima, are highly prized sportfish in their native range on the East Coast. Inspired by that traditional fishery it was the first fish species that government officials introduced to California. The California Fish Commission (now the California Department of Fish and Game) and U.S. Fish Commission (now the National Marine Fisheries Service) stocked over half a million shad fry into the Sacramento River between 1871 and 1881. Since they are anadromous, they quickly spread to Oregon, Washington and Alaska. Large spawning runs were observed in Oregon and Washington as early as 1876 and a self-sustaining population remains to this day. 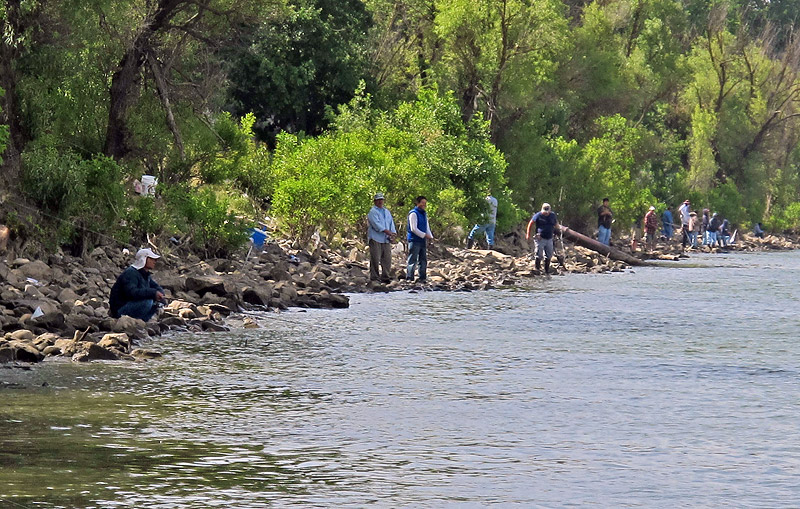 Like salmon, American shad are born in freshwater, spend most of their lives in the sea and return to freshwater to spawn. But unlike most salmon species, American shad are iteroparous and survive to return to the ocean after spawning. Shad spend 3-4 years at sea before migrating to freshwater to spawn. Triggered by warming water temperature they return in large schools to their natal rivers in the spring and early summer. They don’t dig redds, but instead small groups of males and females disperse eggs and sperm together and fertilization takes place in the water column. The fertilized eggs float downstream, hatch within days and the larvae begin feeding as they migrate further downstream. They are primarily planktivorous, feeding on various copepods and amiphipods, and they serve as prey for many freshwater and marine species 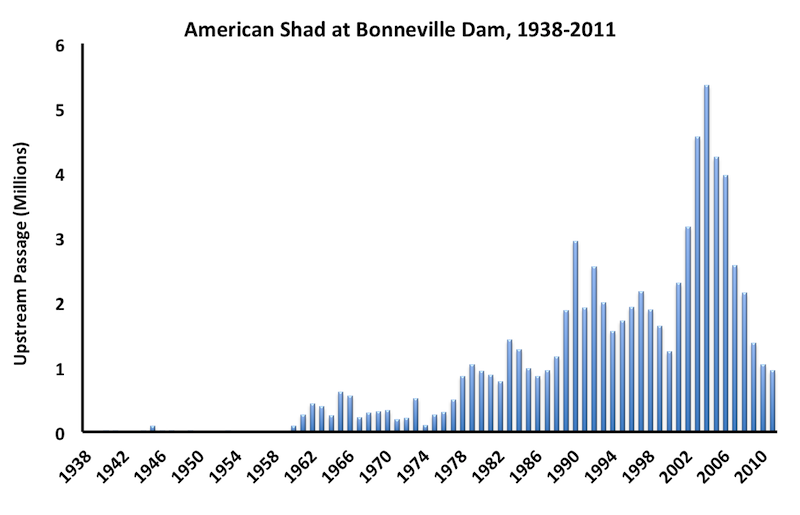 American shad runs in the Columbia River have grown to over a million fish a year since the 1970s. This increase in abundance has been attributed to their range extension into the upper Columbia and Snake Rivers. A peak run of over 5.3 million fish occurred in 2004, but run size has dropped to about one million in 2011. Once considered a “trash” fish by anglers in the West, American shad is experiencing a resurgence among fisherman. With its mild flavored flesh and roe that is considered a delicacy, this 5 pound silvery fish has earned the title of “poor man’s salmon.”