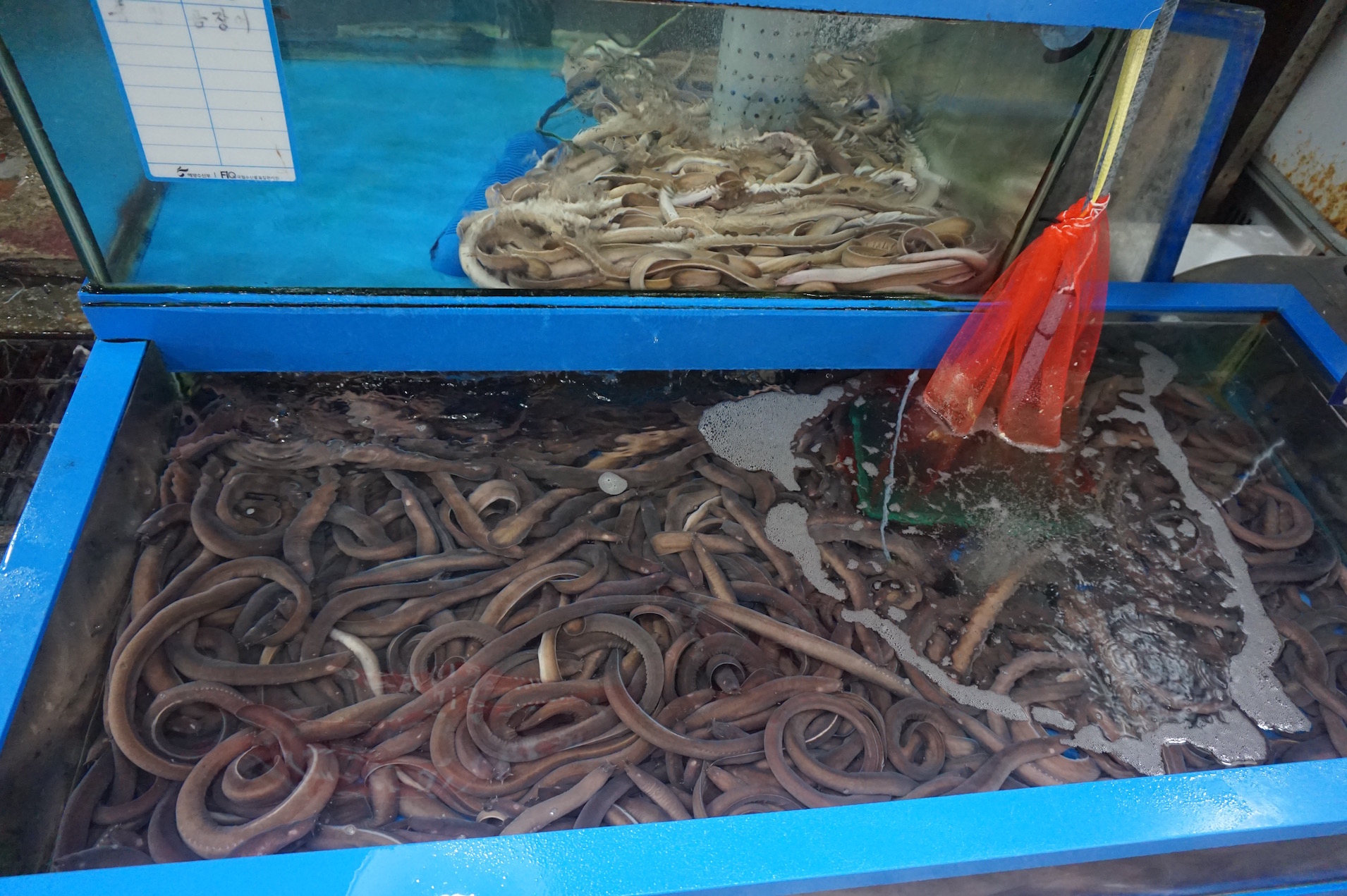 Today, the third Wednesday of October, is National Hagfish Day, a day dedicated to that most slimy of aquatic ambassadors, the hagfish (class Myxini). Since we’re sure you have all been counting down the days until this esteemed holiday, here are some fun hagfish facts to help you celebrate. For starters, hagfish are also known as “slime eels” (even though they aren’t actually eels) because when provoked, they can produce a sizeable quantity of thick, sticky slime that can help them slip away from predators (or from inquisitive children, as some of our staff learned when putting hagfish on display at outreach events in graduate school).

Hagfish are very primitive animals that apparently haven’t changed much in 300 million years. Counted among the “jawless fishes” along with lampreys in superclass Agnatha, hagfish don’t have teeth, but instead possess rasping mouthparts that can help them bore into the sides of other animals. Hagfish also don’t have any bones, and have a skull made of cartilage. This probably explains why they can effectively tie themselves in knots. Their smooth, tough skin has been used to make products such as wallets and handbags, and is marketed as “eel leather.” 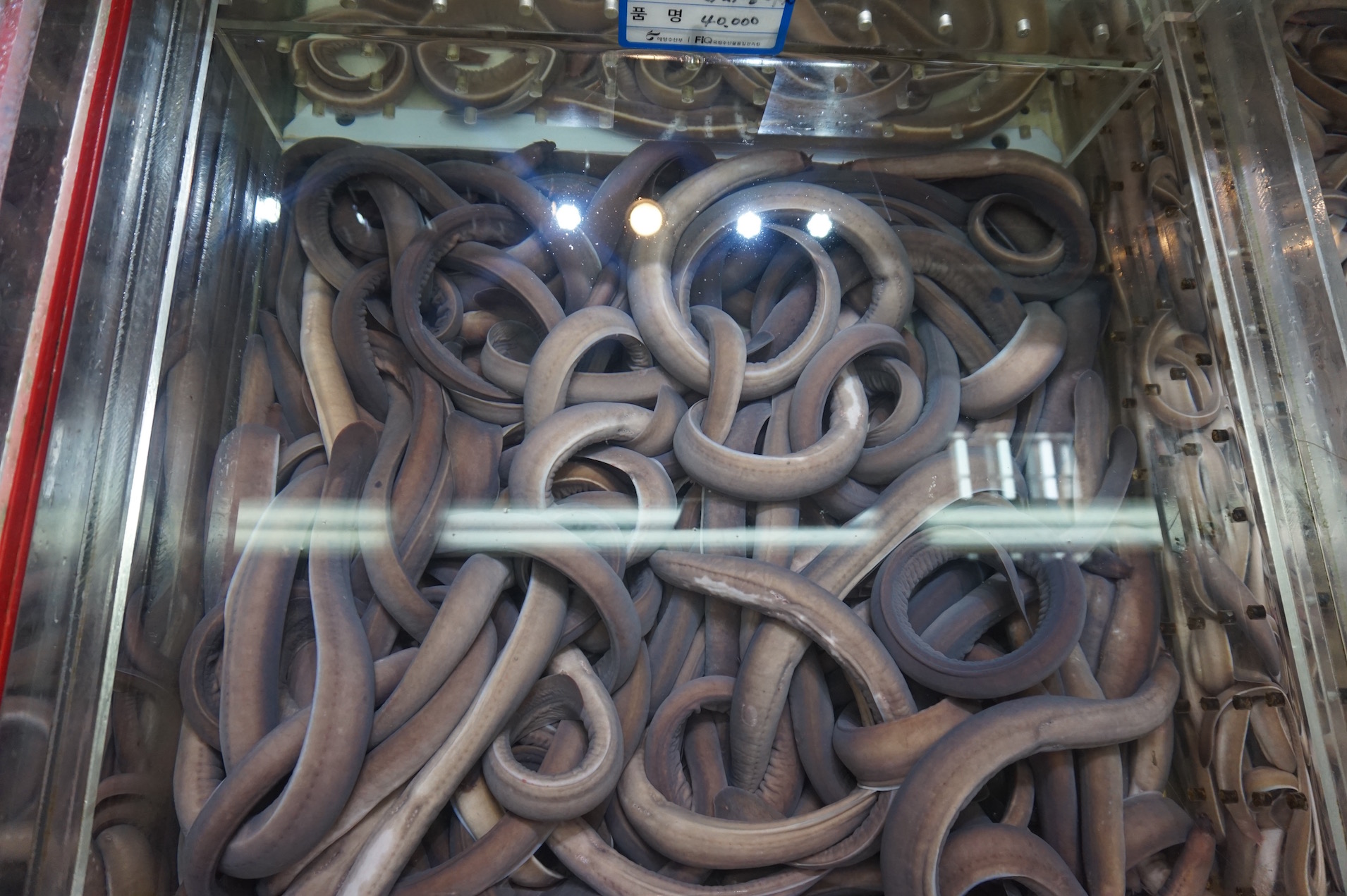 Hagfish are a bit like the garbage disposals of the deep sea, where they feast on carcasses of dead animals, thereby recycling nutrients back into the food web. Though their eating habits may be enough to make you lose your appetite, hagfish themselves are considered a tasty dish in some parts of the world. We discovered these slimy fish are popular eating in Korea. While attending the World Fisheries Congress in Busan earlier this year, our staff stumbled upon a street lined with restaurants showcasing tanks of writhing hagfish for sale. Though we didn’t feel compelled to try the dish for ourselves, they reportedly have a unique texture and are quite flavorful when served with red pepper sauce, garlic and onions in a dish called ggomjangeo bokkeum.

Though they may seem far from charismatic, hagfish play an important role in the ocean, and there is some cause for concern about declines in their populations. Of the 76 species of hagfish in the world, nine are considered vulnerable, endangered, or critically endangered by the International Union for Conservation of Nature (IUCN). This is largely because the species are either intentionally fished, or get unintentionally caught in other fisheries as bycatch. While they may not be a species to tug at the heartstrings, maybe National Hagfish Day can earn these wriggling scavengers a little love in the name of celebrating biodiversity in all its forms.