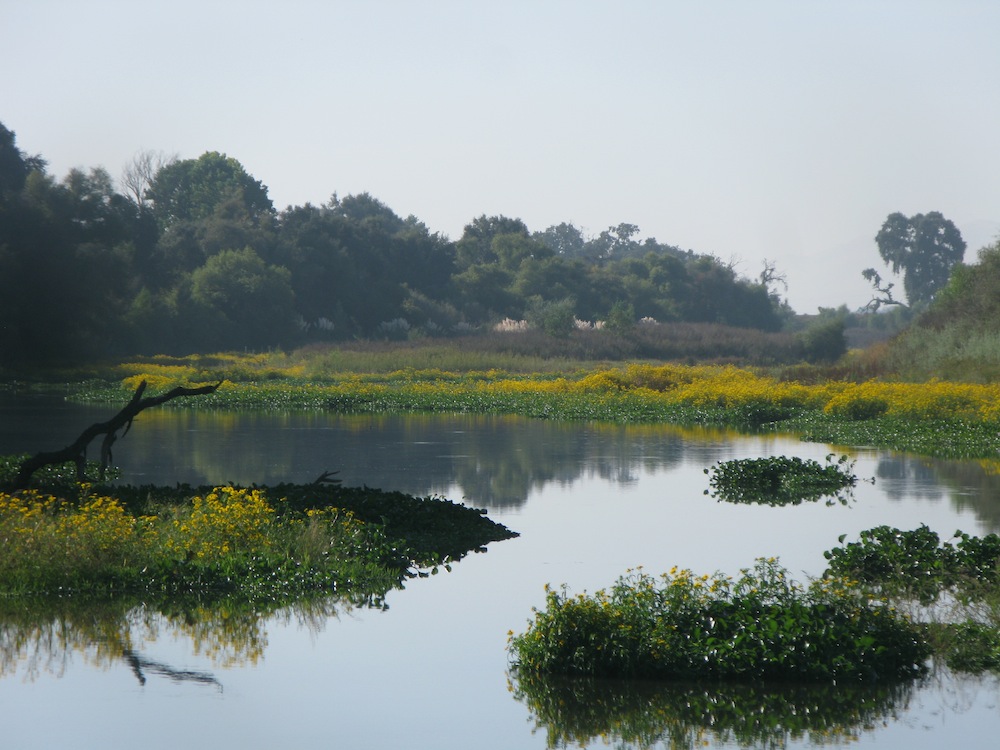 It may be the time of year for decking the halls, but decked riverbanks are far from a welcome sight. Unfortunately, California’s warm summer weather and prolonged drought have created ideal conditions for invasive water hyacinth to grow in the Central Valley nearly year round. For yet another year, we are seeing complete river blockages in many areas in the San Joaquin and Tuolumne rivers. While it’s unknown how these floating barriers may affect migrating Chinook salmon, population counts from across the San Joaquin Basin in 2014 indicate that rivers with water hyacinth present saw a decrease in upstream adult salmon migration. This year’s salmon monitoring seems to support this trend, and as of December 16, only 362 salmon have returned to the hyacinth-clogged Tuolumne River, while a whopping 11,892 have returned to the hyacinth-free Stanislaus River. 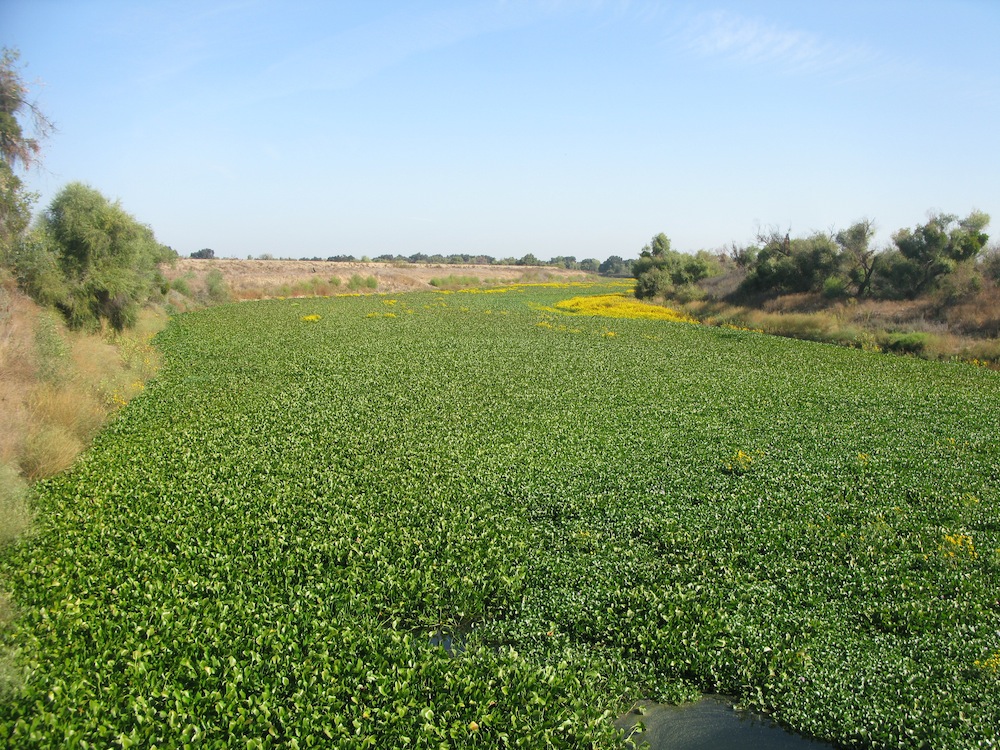 After observing sizable blockages of water hyacinth throughout the Tuolumne River system during redd surveys in the fall of 2013, FISHBIO field staff have been conducting annual surveys to monitor the prevalence of hyacinth infestations at several locations. In October of this year, we conducted surveys at several sites on the San Joaquin and Tuolumne rivers to document the extent of water hyacinth growth. At Maze Road Bridge on Highway 132, we noted that the San Joaquin River was completely blocked by water hyacinth for approximately 1,000 yards, similar to the observations we made in 2014. We observed another blockage about 2.5 miles upstream at an access point along Highway 132 that measured approximately 200 yards. The primary sites of concern along the Tuolumne River are the bridges at Mitchell, Santa Fe, and Carpenter roads, as well as the Dennett Dam at 9th Street. Hyacinth builds up around the in-river structures at these sites, leading to particularly intense obstructions. Our surveys revealed that while the weedy mats have reduced in severity in some locations, abundant water hyacinth persists despite treatment with herbicides. 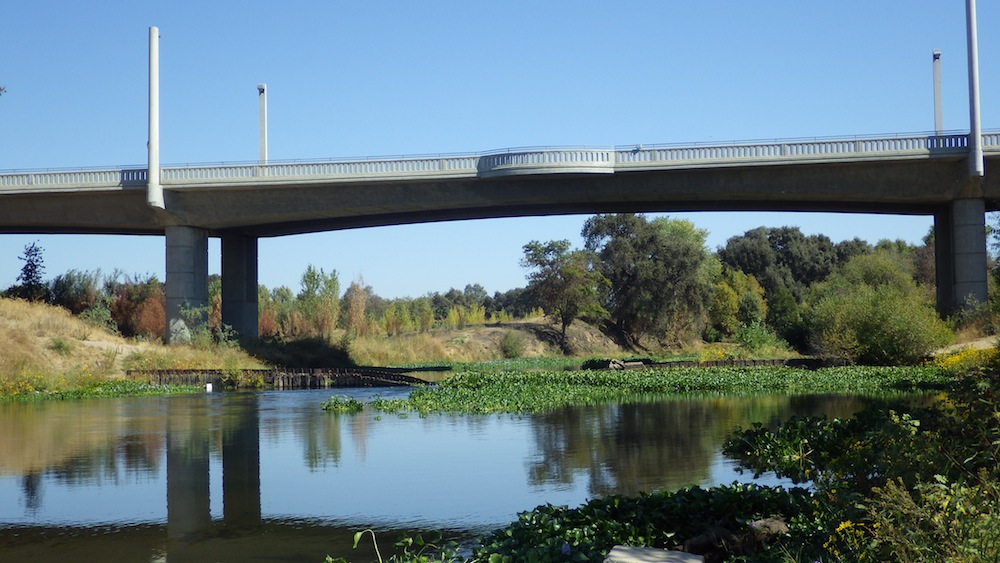 As our crews spend time on the Tuolumne River, we’ve noticed an increase in the amount of the invasive vegetation along the river margins at our rotary screw trapping sites. Another large hyacinth blockage can be found below the Tuolumne River weir, likely caused by a section of the river with low water velocity, a mid-river island, and downed trees. Hyacinth has also severely impacted boat access in the river channel, and remains a constant presence at the boat ramp of Fox Grove Fishing Access on the Tuolumne River. Elsewhere in the Delta, hyacinth has forced the city of Stockton to cancel its annual lighted boat parade for a second year in a row. The good news is that cold December temperatures are helping to kill off much of the heavy mats, and hopefully some strong rains will help push out more of these invasive plants to unclog our river’s arteries.