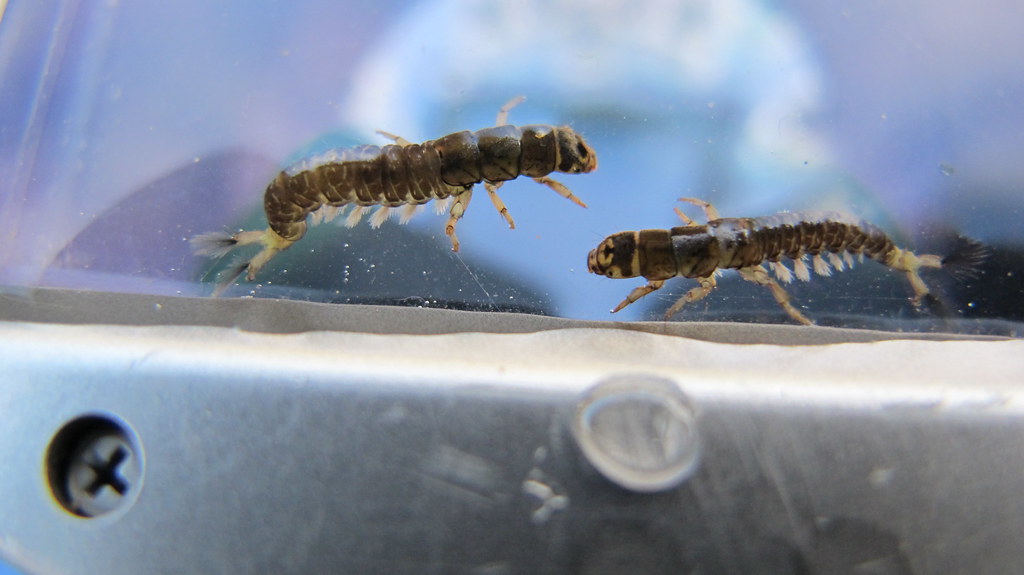 Our planet is awash in plastic. It’s ubiquitous, takes hundreds of years to degrade, and more is constantly being produced. Numerous studies have assessed plastic making its way into food webs, and the potentially fatal effects it can have on organisms around the world; however, only a mere 4 percent of these studies have focused on freshwater systems. While the oceans represent a much larger proportion of the Earth’s total water than rivers (about 97 percent compared to less than one percent), the continuous injection of plastic into our planet’s freshwater veins still warrants investigation. Since waterways are interconnected, rivers actually contribute an enormous proportion of the pollution that ends up in the oceans. In fact, just 10 rivers contribute 88 to 95 percent of the global plastic load flowing into the ocean. While seeking to expand the limited scientific understanding of the effects of plastic in freshwater systems, a team of researchers from Wales recently discovered that plastic is even being eaten by the smallest insects at the base of river food webs (Windsor et al. 2019).

Many types of plastic take hundreds of years to degrade completely, but over that time they break down into progressively smaller pieces. Such pieces that are less than five millimeters across are referred to as microplastics, and these tiny fragments can be ingested by primary consumers (small organisms at the bottom of the food chain) and spread throughout a food web. This has been extensively studied in marine animals like corals, but most studies in freshwater have focused on larger animals like fish, which are higher up in the food web. Because primary consumers are eaten by other animals, the plastic they consume is passed along, and each step up the food web leads to a larger and larger accumulation of microplastics in a process known as biomagnification. To study this process, researchers collected specimens representing three abundant macroinvertebrate groups – two mayfly families and one caddisfly family – from sites both above and below wastewater treatment facilities in the Task, Usk, and Wye rivers of Wales. The treatment plants were of interest because such facilities have been identified as major contributors of microplastic particles. The scientists identified and counted plastic particles in the gut contents of the collected macroinvertebrates using a combination of light microscopes and spectroscopy.

Alarmingly, microplastics were found in macroinvertebrates from every single sample site, and overall were in the stomachs of half of all individuals. Larger individuals tended to ingest more plastic, but individuals belonging to all three families had consumed plastic despite their different feeding strategies (filter feeders versus grazers). The researchers’ findings indicate that plastic was abundant in the rivers, and not just near the water treatment plants. Larger plastics like bottles or bags may be a significant and widespread source of microplastics in the rivers, which may mask the effects of plastic input from the treatment plants. Although the transfer of microplastics up the food chain has only been documented in marine ecosystems, the authors suggest that the plastic in the guts of macroinvertebrates is likely being passed along from prey to predator.

With little scientific understanding about the risks of microplastics to both freshwater invertebrates and their predators, the topic is an important focus for future research. This study demonstrates that plastic exists both in rivers and in food webs, but we know next to nothing about where it is coming from, how it is distributed, and what damaging effects it might be having. Only by learning how plastic moves through the environment and the food web can managers and scientists hope to develop methods to reduce these risks. The dangers of plastic pollution often bring to mind great gyres of garbage in our oceans and ingestion by charismatic animals like sea turtles; however, it’s now clear that plastic dangers do not only exist at sea. The lowly insects in our streams may be mostly out of sight, but we should be concerned about the plastic these bugs are eating, and about the fish in turn that are eating them.