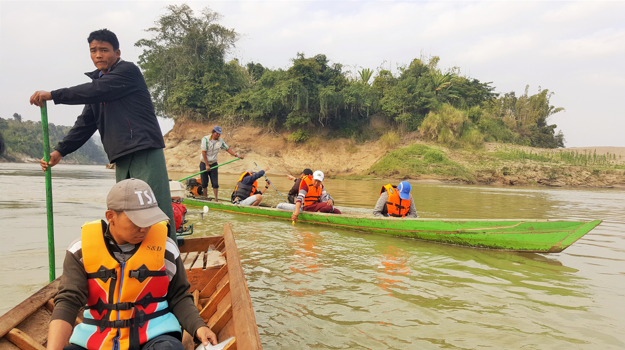 The Chindwin River is the largest tributary of the Irrawaddy River in Myanmar, and supports important habitat for fishes and other aquatic species. In response to the rapid decline in fish catches along the Chindwin River from overfishing and other threats (such as gold mining and chemical use for agriculture), the Wildlife Conservation Society, Turtle Survival Alliance (TSA) and FISHBIO are working together with local communities for a project called “Securing Local Participation in Conservation of River Turtles in Myanmar.” This project supported by the Critical Ecosystem Partnership Fund (CEPF) aims to establish a network of locally protected sites to sustain populations of fish and turtles on the river. WCS and TSA hope these conservation zones will preserve the endangered Burmese Roofed Turtle (Batagur trivittata), which is threatened by entanglement in fishing gear, while the communities hope to sustain their local fish stocks. 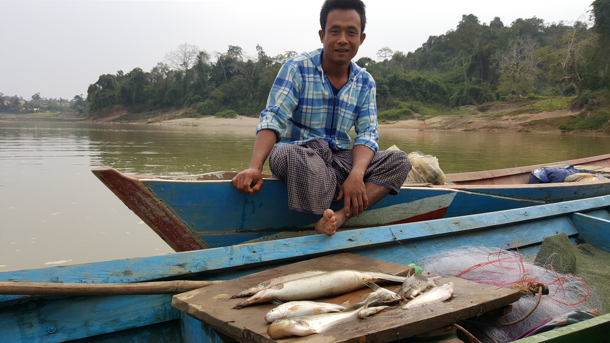 In the process of community consultation meetings for the project, FISHBIO staff joined the TSA team to share our experiences and provide training and support for TSA on how to proceed with the steps of establishing FCZs, and also led an FCZ field survey. Our team completed seven village consultation meetings, during which we made presentations to communities about the concept of FCZs and their benefits for long-term conservation, and also introduced guidelines for fisheries co-management developed by the World Wide Fund for Nature. We look forward to continuing to work with TSA and WCS as they raise conservation awareness about FCZs with these communities and build understanding about how to use aquatic resources sustainably. 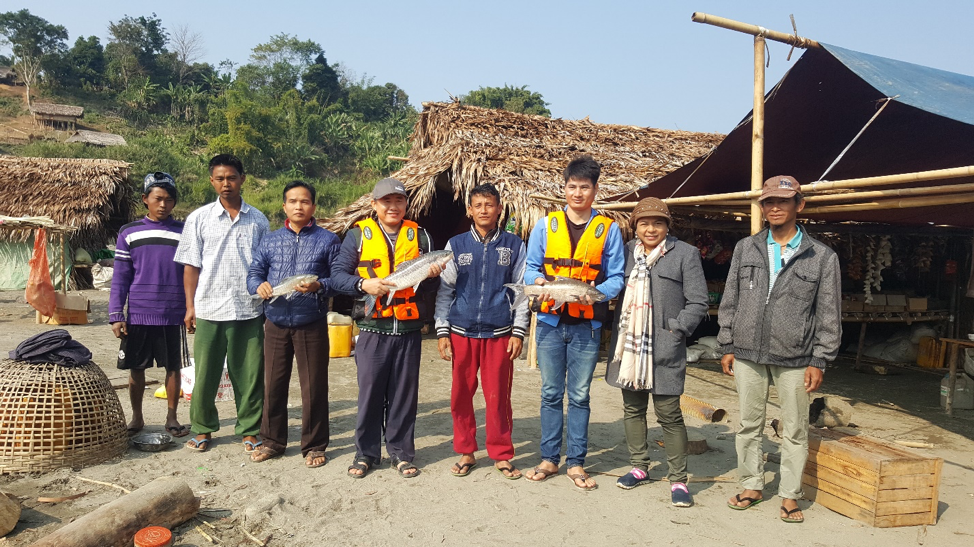