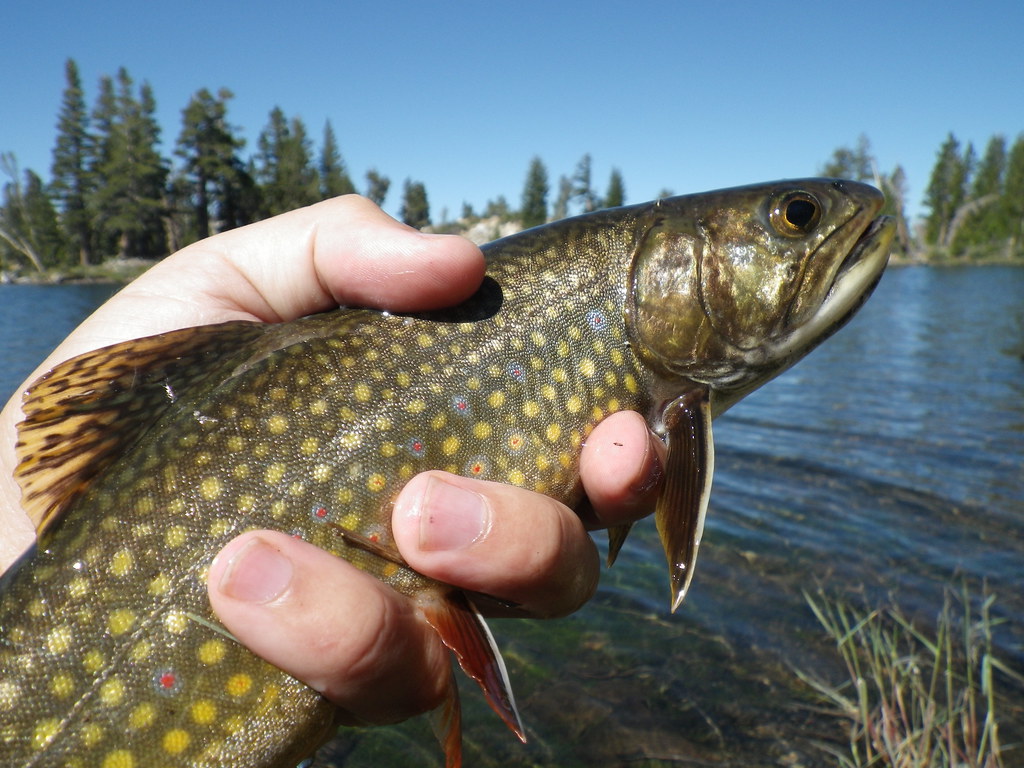 Releasing specially bred hatchery fish could help native species by prompting invasive fish to breed themselves out of existence in the wild. An innovative project currently underway to control non-native brook trout populations in western U.S. waterways may hold promise for invasive fishes elsewhere. The initiative, which won the American Fisheries Society’s 2016 Sport Fish Restoration Outstanding Project award, was pioneered for use in the wild by Idaho’s Department of Fish and Game, and uses previously known breeding techniques to produce a population of only male fish that will eventually collapse.
The two-step approach involves first exposing hatchery-raised male fish (in this case, brook trout) to hormones that will cause them to produce eggs. These male-derived eggs are then fertilized, and produce male offspring with the sex chromosomes “YY” instead of the typical “XY.” This extra, hidden Y is called a “Trojan” chromosome because the males appear normal from the outside, but secretly pass on the extra chromosome during reproduction. After these Trojan “YY” males, also known as “supermales,” are grown, the second step is to release them in the wild to breed with other members of their species. Only male offspring will result from spawning of a YY male, and after a few generations this can eventually lead to an all-male population that can no longer reproduce and persist in the area.
Stocking has allowed game fish to expand far beyond their native ranges, but native fish and amphibians are disappearing because invasive species can outcompete or prey on them. To date, efforts to control non-native fish populations involve either the use of toxins or manual methods, such as electrofishing, gillnetting, installing barriers, and increasing bag-limits. These attempts are expensive (Buktenica et al. 2013) and can harm other fish in addition to the target species (Faush et al. 2006). Trojan males can be added to waterways without harmful side effects, since no chemicals or genetically modified organisms (GMO) are used. Unlike in other methods, the “YY” males do not have any genes from other organisms, just their own parental genes, and so aren’t considered GMO. Fish exposed to hormones are not released into the wild, only their YY offspring, which have not been exposed. The effects of Trojan males can also be easily reversed by discontinuing stocking.
The technique has been tested in the wild in Idaho since 2014, where Fish and Game officials are seeing if it can reduce invasive brook trout populations. Scientists are investigating questions like how many supermale fish need to be released, and how long it will take for them to drive down the wild population. Hatchery-raised Trojan males may be less successful at surviving and reproducing than their wild counterparts (Alistair et al. 2013), and the lower their reproductive fitness, the longer it will take to collapse the wild population. However, recent simulation studies show that this technique is most successful when used in combination with electrofishing removals to reduce the size of the non-native population. Supermale stocking paired with high levels of electrofishing can control non-native brook trout populations in as little as six to ten years (Shill et al. 2017). Managers can compensate for lower Trojan male fitness by stocking more YY fish, or by increasing electrofishing efforts. Once the kinks are worked out, releasing Trojan males (and their secret genes) into waterways could be the newest form of invasive species control that could make the difference for endangered native species recovery.
This post featured in our weekly e-newsletter, the Fish Report. You can subscribe to the Fish Report here.