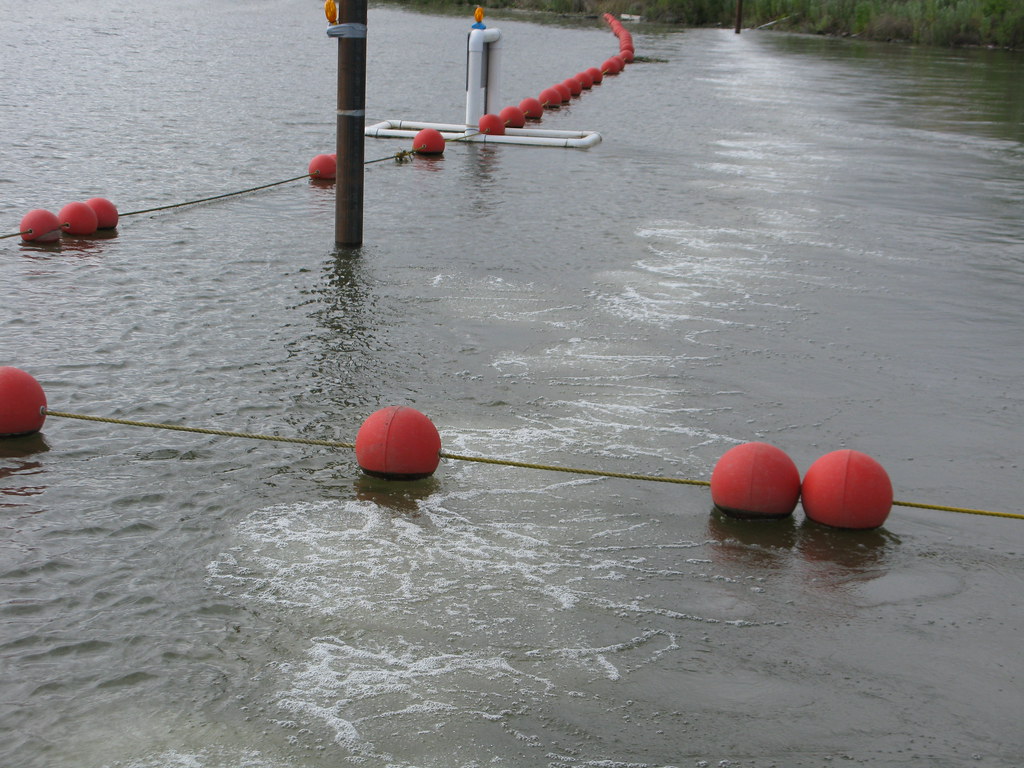 Imagine being on a road trip to visit friends or family, only to find that the road you’re used to traveling has been permanently closed. While humans can typically rely on Google Maps to choose a new route, for fish the closure of a travel route could mean the difference between survival and extinction. The division of a formerly connected areas into separate sections by human-made barriers like dams, known as habitat fragmentation, is a significant problem for many fish species. Many scientists have studied the negative consequences of barriers, such as blocking the migration of anadromous species like salmon, and also dividing once large populations of resident stream fish into smaller, less genetically diverse groups. However, some biologists are investigating whether barriers could possibly act as a useful management tool. Preventing fish movement can actually be a beneficial characteristic when it comes to limiting the invasion of non-native species, which can threaten native fish through predation, competition, disease, and hybridization. In a review published in the journal Ecological Applications, a pair of researchers discussed the possibility of “selective fragmentation” in river habitats by using barriers to promote the passage of desirable native species, and block the passage of undesirable introduced species (Rahel and McLaughlin 2018).

Scientists have spent a lot of time trying to help fish get across barriers, but the authors of this paper turned the concept on its head. By assessing attributes that prevent fish from being able to cross a barrier, they categorized differences among fish species that might be used to make selective barriers. The concept of selective fragmentation is based on the idea of “filtering” fish. A “filter” refers to ecological challenges that fish have had to evolve to overcome, which under natural circumstances may include things like waterfalls, shallow areas, or predators. Often, non-native fish have evolved traits to address challenges in their native habitats that differ from the habitats where they have been introduced. The researchers categorized these traits as physical ability, body shape, sensory ability, behavior, and seasonal patterns of the species’ life cycle (known as phenology). By examining past studies focusing on each of these categories, the review provides suggestions of ways that managers could use these traits to selectively block fish passage.

Ways in which barriers might limit fish passage based on physical ability include high flows that may block fish based on swimming ability and physical barriers like weirs that may prevent jumping and even climbing (some fish are surprisingly good climbers). Barriers based on body shape focused on differences in fish girth and the use of actual filters, like bars or grids, that could block thick-bodied fish. Sensory stimuli that may be used in barriers include sight (strobe lights), sound (bubble curtains, like the one pictured above), smell (pheromones), and even electrical stimuli (electrical fields). Behavioral barriers may take advantage of some species’ tendency to school together by creating small passageways that only allow one fish at a time to pass. Others focused on creating barriers in the part of the river where non-natives tend to travel (e.g., near the surface or near the bottom). Finally, barriers taking advantage of differences in life cycle patterns focused on placing barriers at the time of day or season when non-natives are on the move. Perhaps the most interesting discussion in this review was how barriers could be used to both “push” and “pull” fish: non-native fish could be pushed away from an area, or pulled into a trap. For example, alarm pheromones known to repel invasive sea lamprey (Petromyzon marinus) could be used to keep them from passing a barrier, and breeding pheromones could be used to attract them to a trap. Similarly, a combination of negative (push) and positive (pull) stimuli could be used to steer native fish in the right direction, allowing them to pass a barrier.

Currently, the sole method that guarantees only desired species get past a barrier is physically trapping all fish regardless of species and then manually sorting through them. The review suggests this time-consuming and labor-intensive process could be made more efficient by the use of selective filters to create a trap-and-sort barrier. Although initial construction of a custom-made fish obstacle course might be costly, in the long term it could save resources by removing or reducing the need for staff to manually process fish. This approach is a relatively new way of dealing with invasive species, and will likely take some experimentation to get right. Fortunately, some projects such as FishPass in the Great Lakes region are currently doing just that. With a little trial and error, it may be possible to develop barriers in which the fish actually help sort themselves.