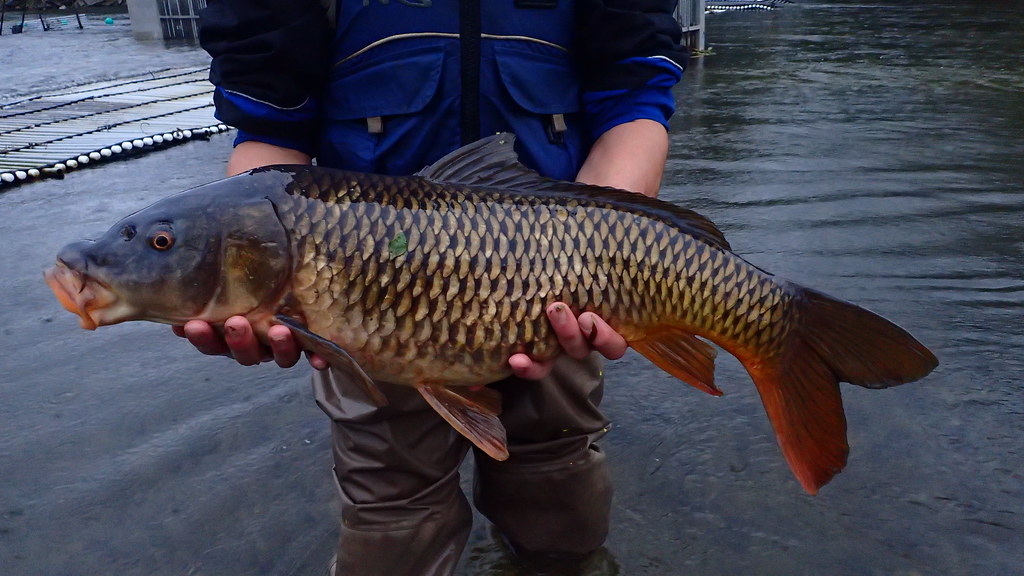 In the year 1100 CE, someone left a message in a runic stone saying that a person named Ailifr Algr had stocked trout into the mountain lake Rausjøen in eastern Norway. As this ancient message demonstrates, people have been stocking fish for a very long time. However, the modern process is a little more sophisticated than it was back in Ailifr’s day. Fisheries biologists and managers ideally go to great lengths to maximize the benefits and minimize the harmful effects of stocking, which can be a very complex process involving ecological, social, and economic trade-offs. Even determining how to measure success can be difficult, given the different objectives of different stakeholders. Some may define success as better fishing, others as restored native populations, and still others as an efficient use of funds. Beyond the difficulty of determining the objective, successful stocking requires understanding ecological processes, the likely response of anglers, and whether other management techniques could better achieve the goal. In an attempt to negotiate this maze of variables, a team of scientists in Germany recently created a statistical model incorporating biological, social, and economic factors to predict the outcome of stocking and harvest management efforts.

This modelling study recently published in the journal Ecological Applications focused on two ecologically distinct species in central Europe: the common carp (Cyprinus carpio) and the northern pike (Esox lucius). Often considered a pest in North America, the common carp is a popular non-native sportfish in central Europe. Carp are not known to have naturally reproducing populations in this region, and as such are a “culture” fishery that relies on stocking. In contrast, Northern pike are a popular native sportfish that has naturally producing populations throughout the region. To parse out the potential effects of stocking these fish, the researchers considered a hypothetical lake fishery, which are common to central Europe, and included three major components in their model. First, they incorporated a social approach to describe the response of anglers, which considered annual angling effort and fishing quality (such as the average size of fish caught and catch rate). Second, they included a biological approach that described fish population dynamics (such as survival, growth, and reproduction). Finally, they incorporated a management approach that allowed for different harvest requirements, stocking sizes, and stocking densities.

By testing different management actions with their model, the scientists made some interesting discoveries about the costs and benefits of stocking. As might be expected, the model demonstrated that stocking resulted in significant social effects for anglers as well as biological effects for the population of stocked fish when the species in question has no naturally reproducing populations (carp). However, when it came to naturally reproducing species (pike), they found that stocking had significant effects only when the individuals being stocked were larger (adults rather than fry), and that one consequence of introducing these individuals was that hatchery fish replaced wild fish over time. Perhaps the most noteworthy finding was that harvest regulations, such as setting minimum length limits, generally led to higher angler satisfaction than stocking efforts.

While not applicable to all stocking scenarios, the model does provide insight into the numerous factors that contribute to the success or failure of a stocking program. Successful stocking isn’t just a matter of dumping fish in a river, but rather requires knowledge of the ecology of the species, and most importantly a clear objective, whether it be improving fisheries, restoring natural populations, or a combination of both. In some cases, modelling may reveal more effective management actions, such as harvest regulations. Many heavily exploited fisheries, such as populations of Chinook salmon (Oncorhynchus tshawytscha) in California, would not be sustainable without stocking efforts, but some salmon stocking practices have had profound negative impacts on natural populations while endeavoring to support fisheries. By expanding models such as the one in this study to evaluate stocking at larger scales, managers and scientists may more accurately predict the outcomes of stocking efforts and thereby design a program that maximizes the benefits to stakeholders and the fish populations themselves.