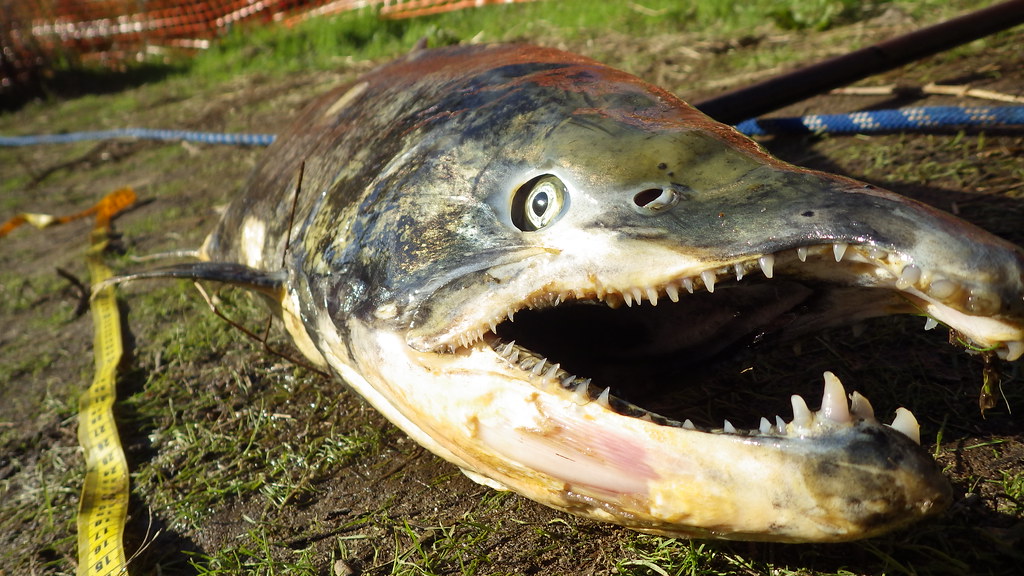 Every year, the Pacific Fishery Management Council (PFMC) publishes a report on the previous year’s salmon fisheries along the West Coast. The report details escapement, or the number of salmon that returned to each watershed (and “escaped” the ocean fishery), and provides an opportunity to see how these numbers compare to the preseason prediction that was used to set harvest regulations for that year. Inaccurate preseason predictions can have severe consequences: an underestimation of the population can lead to excessively restrictive fishing regulations, while an overestimation can lead to over-harvest, and fewer salmon returning to rivers. The results of the 2016 fishing season in California reveal an underwhelming harvest and fewer fish returning to rivers than expected, likely reflecting both the impacts of drought and the challenges of accurately forecasting salmon abundance.

In California, the PFMC report focuses primarily on fall-run Chinook salmon in the Sacramento River Basin, as this population contributes the majority of fish caught in the ocean fishery. The metric used to represent this abundance is the Sacramento Index (SI), which is the total number of adult fish (ages 3-5) projected to be available in the ocean that will either be harvested or will escape to natural areas and hatcheries in the Central Valley. The PFMC has overestimated the Sacramento Index in ten of the last twelve years despite recent changes to the forecasting method (Figure 1). This miscalculation of fall-run Chinook escapement is a continuing concern for management of the Central Valley salmon population, as optimistic preseason estimates have led to elevated harvest rates.

The results of the 2016 fishing season indicate that last year’s predictions were again overly optimistic. While the preseason forecast for the 2016 SI was 299,609 fish, PFMC reported that the actual SI in 2016 was only 205,023 fish, reflecting an overestimation of 46 percent (Figure 2). Only 89,173 fall-run Chinook salmon (hatchery and natural-area spawners) ‘escaped’ the fishery and spawned in the Sacramento River Basin in 2016, well below the projected escapement of 151,100 fish, and below the management goal of 122,000 fish. The population of fish spawning in natural areas (54,626) exceeded those that returned to hatcheries (34,547). However, hatchery-origin fish likely made up a large percentage of the natural-area spawners, as off-site releases of juvenile hatchery salmon have increased in recent years, which has been linked to higher straying rates of hatchery fish (Palmer-Zwahlen and Kormos 2015). The reduced population in 2016 was not surprising given the lingering effects of a historic multi-year drought. However, one bright spot in the 2016 salmon season was escapement to the San Joaquin River Basin, which generally constitutes less than 10 percent of the total Central Valley escapement. In 2016, a total of 16,454 fall-run Chinook salmon returned to natural areas, and 9,877 salmon returned to hatcheries, representing over 20 percent of the total fall-run escapement to the Central Valley. It is not clear why escapement was relatively high in the San Joaquin Basin in 2016, but this may be linked to increased off-site releases of hatchery smolts during the drought and the resulting increase in fish straying from other rivers.

As expected, the commercial fishery harvest in 2016 was very poor compared to previous years, and landings revenue of $5.3 million was 83% below the 1979-1990 inflation-adjusted average of $31.3 million. A total catch of only 55,051 fish represents less than a third of the average catch from the previous five years (2011-2015 average = 172,046). Commercial fishing effort, as measured by boat days fished, was approximately half of recent years, and only 437 commercial vessels made salmon landings in California in 2016, the fewest since 2010. While the average California exvessel price (i.e., price received at the dock) for troll-caught Chinook salmon at its highest since 1977 ($8.63 per pound, inflation-adjusted), the total revenue of the commercial fishery was still at its lowest since 2010 because so few fish were landed.

Declines were also seen in the 2016 recreational ocean salmon catch, which at 37,680 Chinook salmon was less than half the average catch over the previous five years (2011-2015 average = 80,428). The number of recreational ocean salmon fishing trips continued a four-year downward trend, perhaps due to an average success rate of only 0.54 fish per trip. Recreational river harvest of fall-run Chinook salmon in the Sacramento River and its tributaries was expected to total approximately 24,600 fish; however, harvest data were not available in time for the report. After an underwhelming year in 2016, anglers across the state are hoping for increased salmon abundance in 2017. Stay tuned in the coming weeks for our review of the preseason predictions and fishing regulations for the upcoming fishing season.