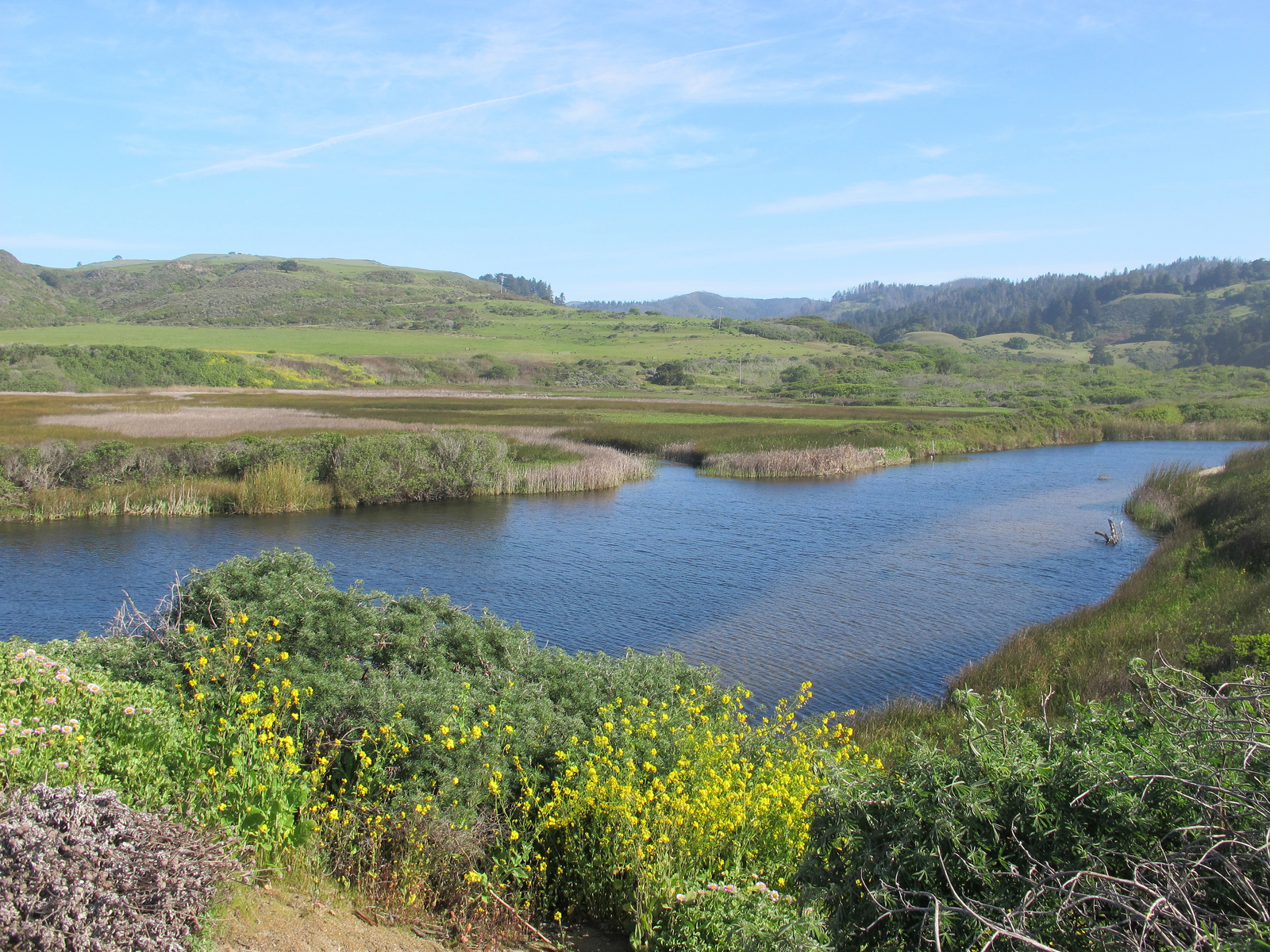 A pair of salmonid species is fighting for survival in the quiet waters of Scott Creek. Tucked up in the hills of Santa Cruz County, Scott Creek is a typical California coastal stream that flows through redwood groves and meanders past stands of alder and willow on its way to meet the Pacific Ocean. The shady stream is home to populations of steelhead (Oncorhynchus mykiss) and coho salmon (O. kisutch), which are federally listed as threatened and endangered, respectively. To better conserve these populations, scientists have taken a keen interest in how the fish use their habitat. They’ve found that the estuary at the mouth of Scott Creek, while making up just 5% of the total stream area, plays an oversized role in contributing to steelhead survival, and may have historically benefited coho as well.

A steelhead smolt’s shot at survival to adulthood is in large part predetermined by its body size when it enters the ocean — and a fish’s choice of nursery habitat can make all the difference. In summer, a seasonal sandbar forms at the mouth of the Scott Creek, trapping fresh water in a lagoon that usually persists through the fall.  Fish that rear in this lagoon, where the water is warm and the feeding is good, bulk up much faster than their counterparts that rear upstream in the watershed (Hayes et al. 2008). Estuary fish nearly double in size during their summer in the lagoon, and enter the ocean at a larger size than upstream-reared fish, giving them an edge in the ocean’s fish-eat-fish world. Although less than half of the steelhead juveniles migrating downstream take advantage of the estuary for rearing, these fish make up the vast majority (87-95%) of the survivors that return to the watershed as adults (Bond et al. 2008). 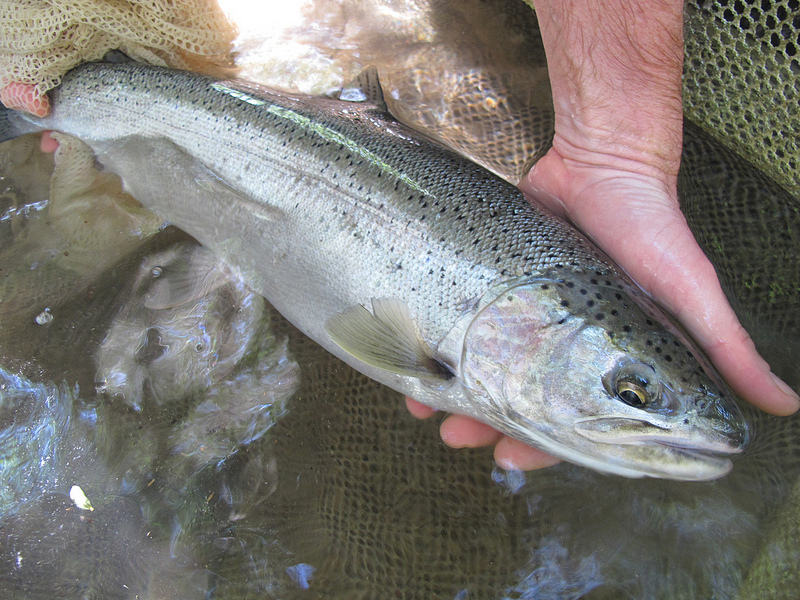 Although coho salmon have been relatively unstudied in the creek due to their depressed populations, supplementation efforts are allowing National Marine Fisheries Service (NMFS) scientists to turn their focus to coho use of coastal estuaries. New, yet-to-be published data from Sean Hayes and NMFS suggest coho salmon may also benefit from spring-time growth opportunities in the lagoon under hydrological conditions that support earlier formation of the seasonal sandbar. While research clearly outlines the crucial role that the estuary plays in salmonid life cycles, lagoons suitable for rearing have often been absent at Scott Creek over the past two decades due to drought, as well as people artificially breaching the sandbar.

To keep a close eye on the salmon and steelhead populations, the Fisheries Ecology Division of the NMFS Southwest Fisheries Science Center has operated a life-cycle monitoring station on Scott Creek since 2003. Such stations gather annual census data at multiple times during the salmonid life cycle (by surveying both adults and juveniles), and provide important information for long-term population modeling (see Going coastal). FISHBIO is currently partnering with the National Marine Fisheries Service and the Resource Conservation District of Santa Cruz County to create a decision-making tool to help researchers evaluate and update the current life-cycle monitoring station at Scott Creek. This tool compares potential salmonid survey techniques — everything from fish traps to aerial counts — which vary considerably in their complexity and cost. The forthcoming document will assist researchers in designing a sampling program for juvenile and adult salmonids tailored to the specific characteristics of their study site — not only on Scott Creek, but for any salmonid population throughout the Central California Coastal region. 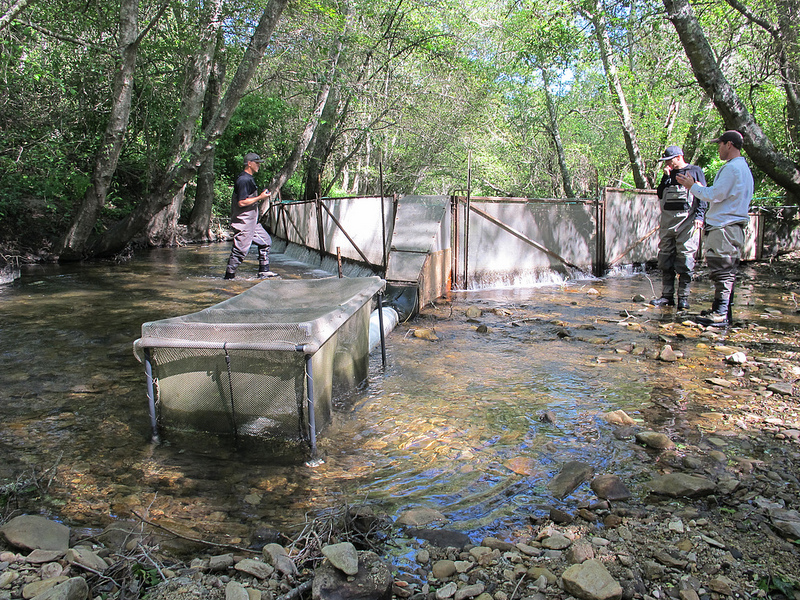