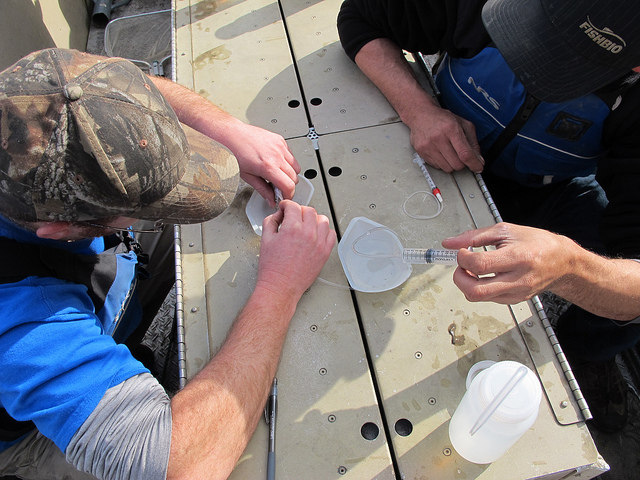 We recently conducted a pilot-level study to investigate the diet of Chinook salmon parr and smolts on the Lower Sacramento River — and the number of prey items that we encountered in these little fish surprised us. The goal of the study is to document the diets of juvenile Chinook salmon during the latter portion of their migration to the estuary and ocean. We employed a technique called gastric lavage, which is a non-lethal method to sample gut contents in fish – essentially making the fish regurgitate its last meal. Preliminary findings from our gut analyses show that most of our sampled salmon had eaten between 5 and 15 food items; however, one stuffed individual contained nearly 200 food items, consisting mostly of Cladocerans (small crustaceans). The most common items were in the orders Diptera (midges), Ephemeroptera (mayflies) and the aforementioned Cladocerans. 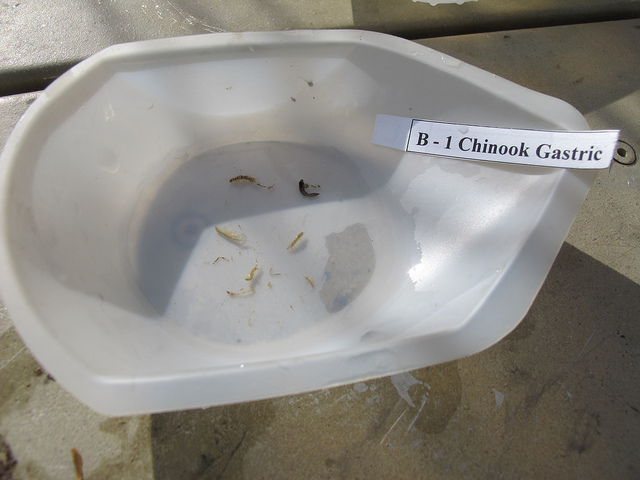 A second component of the study is to investigate the amount and types of prey items that were available to the feeding salmon at the time we collected them. For this portion of the study, we deployed drift nets slightly upstream of fish sampling sites. The drift nets (like the one shown below) captured insects, crustaceans, very fine sediment, and often, high amounts of vegetation and woody debris. The first and most challenging step for processing these drift samples is to pick through all the debris to separate the prey items. Expect more to come on this part of our work! The early results of our study suggest that Chinook salmon outmigration isn’t just a straight swim to the estuary and ocean as we often assume. While smolts and parr are migrating hundreds of miles of river, they have to both avoid predators (such as other fish, birds, and mammals) and try to find breakfast, lunch, and dinner at the same time! 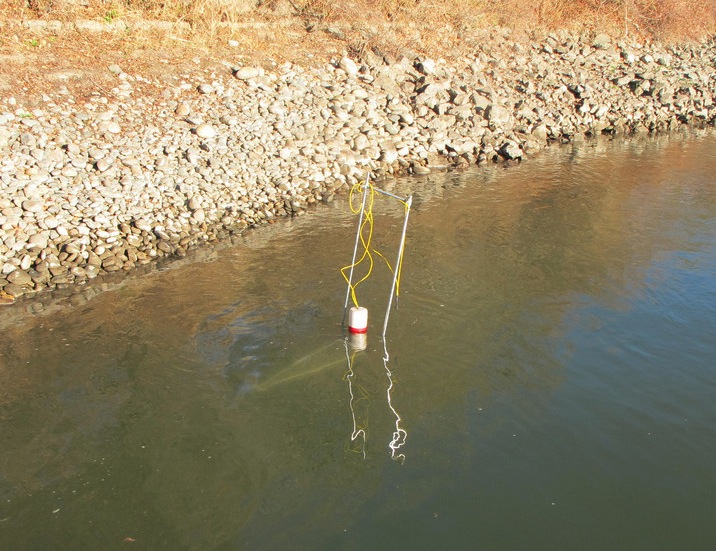