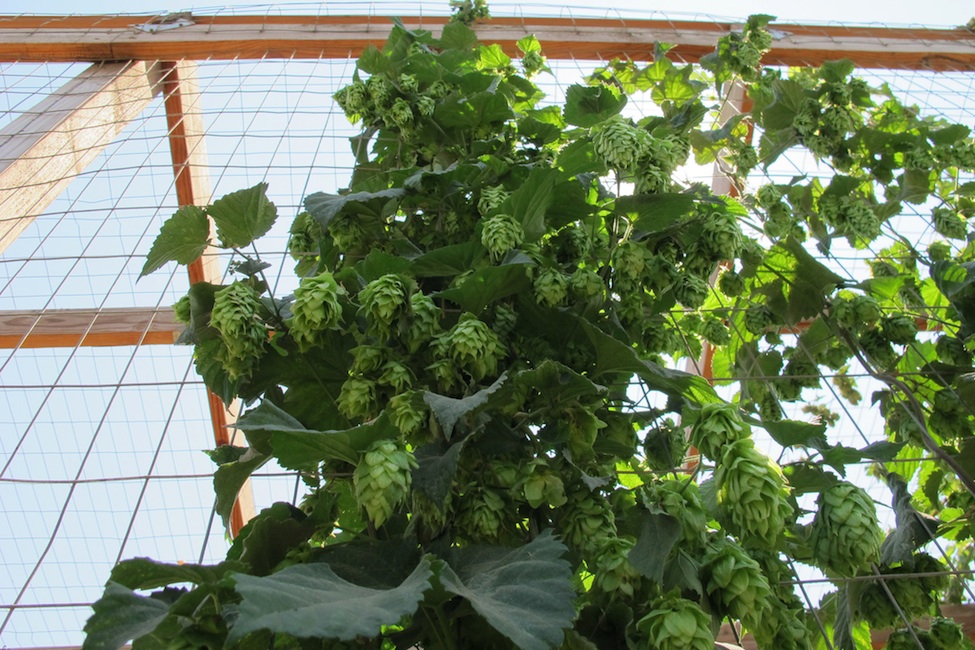 More hops – we are planting more hops at FISHBIO Farms! A few years ago we planted a couple of dozen hop plants of just two varieties, Cascade and Chinook, around our chicken coop. Not only are these varieties aesthetically pleasing, we also use the cones in beer making. This spring, we took things to a new level by adding over a hundred more hop plants that bring our collection to eight different varieties! We are now the proud growers of Cascade, Centennial, Chinook, Columbus, Mt. Hood, Northern Brewer, Nugget, and Willamette varieties of hops.

Hops are one of the four major ingredients that go into making beer, in addition to water, malt, and yeast. Hops provide aroma, flavor, and bitterness to the brew, and help preserve the beer. Hops used in beer brewing are botanically a single species Humulus lupulus in the Cannabis family, but growers all over the world have developed dozens of varieties. Each variety of hops contributes differing levels of bitterness to beer, measured as IBU (International Bittering Units), and they provide an assortment of flavors and aromas, such as spicy, piney, woody, citrus, and floral, to name a few. 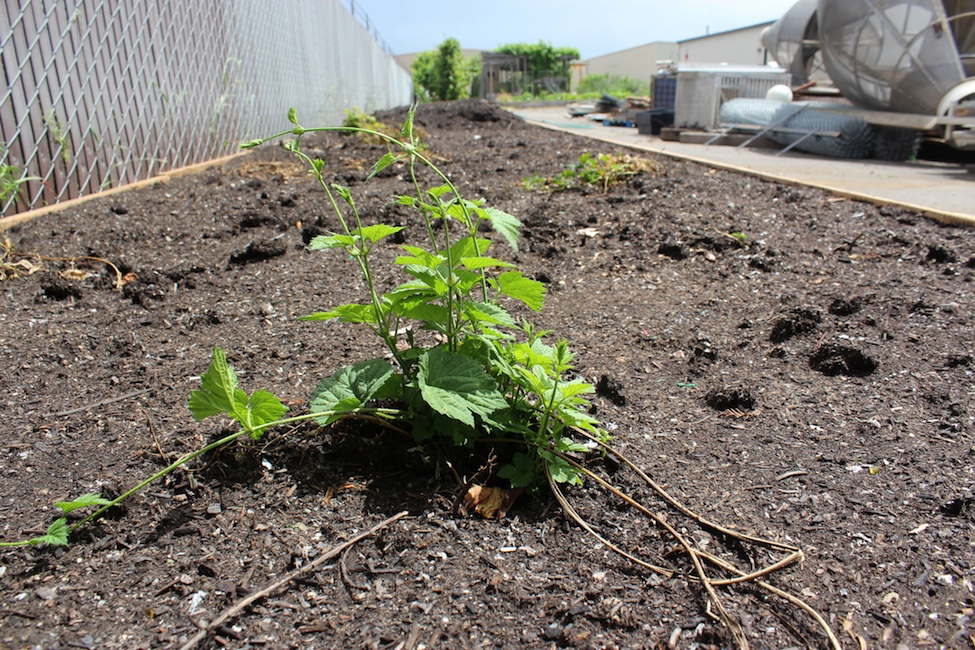 Fortunately, hop plants don’t take up a lot of real estate since they are climbing plants that grow as bines, as opposed to vines. Bines wind their way around structures, whereas vines have tendrils or suckers to latch on to structures. Hops can be grown up twine over 25 feet high, and can weigh over 20 pounds. In our garden, we cemented 25-foot steel poles in the ground and strung thin stainless steel cables between them. To these cables we tied twine that hangs vertically to allow the plants to wind their way up. Because hops are perennials, when it is time to harvest the hop cones (flowers), the strings can be cut down, the plants cut at the ground level, and the entire plant removed so the hops are easier to collect.

Along the southern side of our metal shop, we have also planted hops to grow next to the building to form a green screen, which we hope will add an interesting dimension to the appearance of our facilities, and also help cool the building during the summer months. Hop plants take about three years before they become well established and produce bountiful quality hop cones, but we are looking forward to the increased harvest and the additional varieties for future batches of beer.