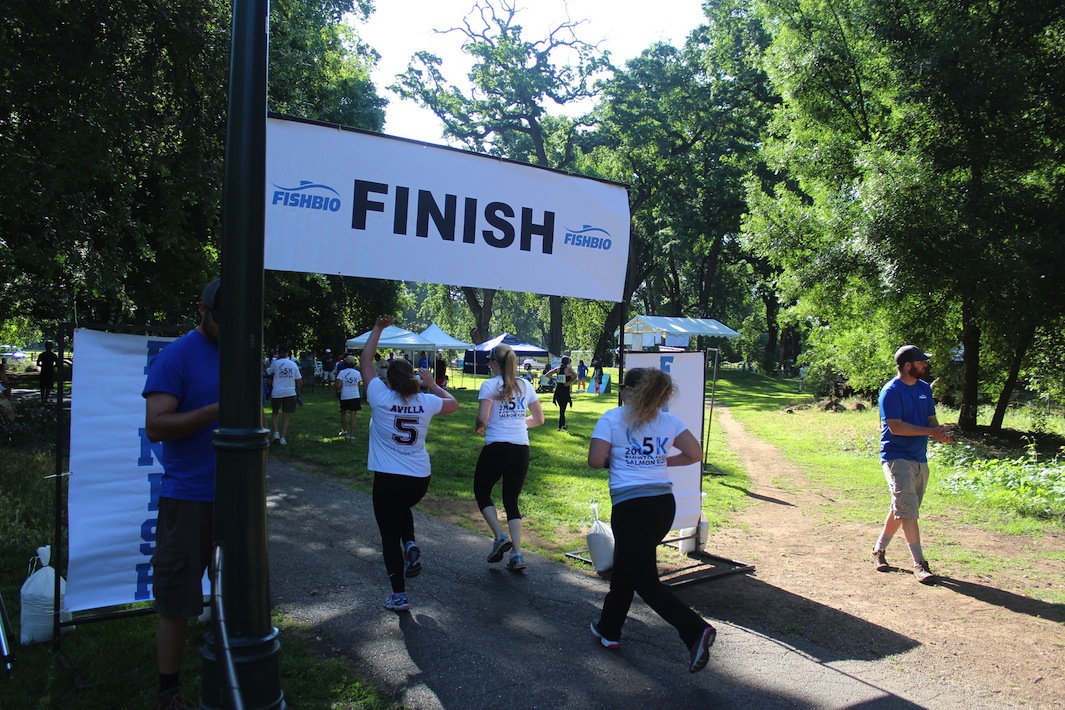 We’d like to extend a big thank you to all the runners who came out and joined us for the 2nd Annual Salmon Run in Bidwell Park this past Saturday. We had a great turnout again this year, with a number of repeat runners from last year, as well as new faces from Chico and surrounding communities. It was truly a family event, complete with babies, grandparents, and every age in between. Although the route literally threw some of the runners for a loop, we appreciate everyone keeping a positive attitude to help keep the “fun” in “fun run” (and what would a salmon run be without a few strays?). We again appreciate all the support and contributions we received from local businesses, and hope everyone enjoyed the beautiful day in one of Chico’s most special natural settings as much as we did!

We also had a great time at the Endangered Species Faire, particularly in the Parade of the Species, which featured some of the students who participated in our education program. In our (only slightly biased) opinion, the truly giant Mekong Giant Catfish puppet was the star of the parade, and received lots of cheers as it swam its way along the parade route with the help of some young volunteers. Other students carried brightly colored golden carp and giant catfish from the Mekong River alongside Chinook salmon puppets from the Sacramento and San Joaquin rivers, helping to capture the cross-cultural essence of our Three Rivers Education Program. The parade culminated in all students singing about the importance of protecting our animal friends with “feathers, fur, or fins.” We were happy to see that “fins” were well represented in this year’s parade thanks to the great classes we worked with. Check out our Salmon Run and Endangered Species Faire photos here, and enjoy these highlight videos!