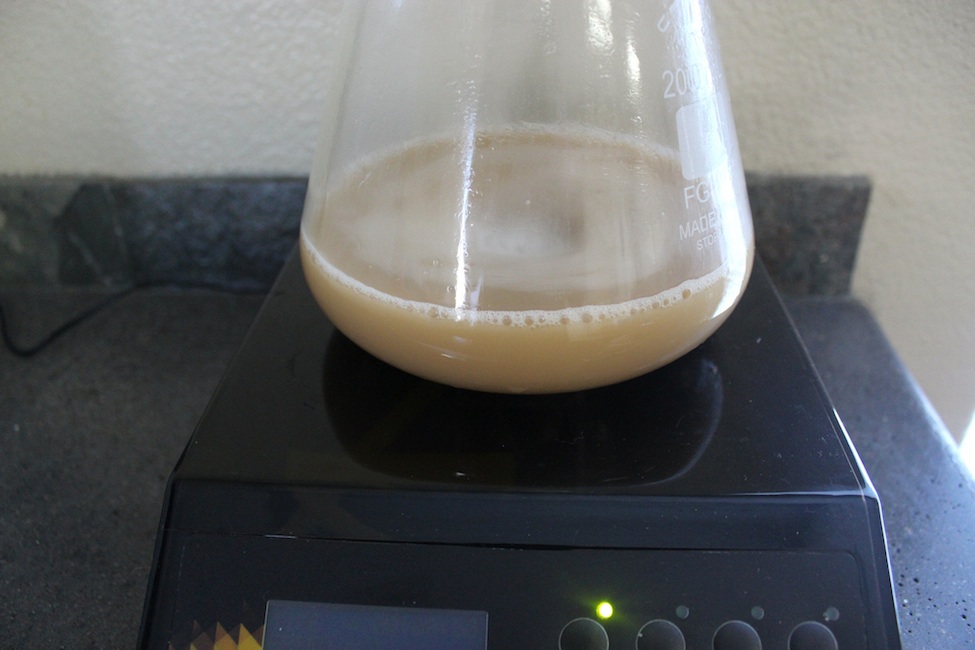 There are four basic ingredients required to make beer: water, malted grain, hops and yeast. Arguably, the most important ingredient is yeast, because it performs the function of converting sugar into alcohol. This gives rise to the well-known adage among beer brewers: “Brewers make wort; yeast makes beer.” Yeast is a living organism, a type of fungus that most frequently reproduces asexually through budding, or splitting apart. The earliest brewers didn’t understand that yeast was responsible for turning their sweet wort into an alcoholic beverage, but they knew they had to use the same clay vessel or wooden stirring stick without washing them – which was because yeast was present on these surfaces. The most common yeast for making ales and bread is called Saccharomyces cerevisiae, meaning the “sugar fungus of the beer,” and has been developed into many different strains – but more on those in future posts. 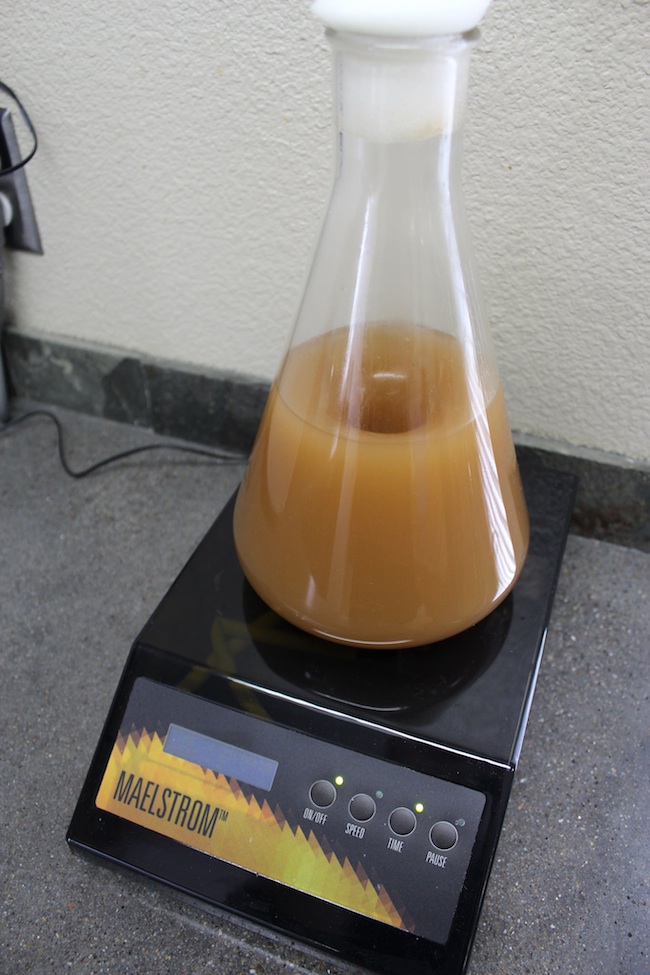 Yeast converts the sugars in wort, the liquid collected from the mashing process, into alcohol, carbon dioxide, and flavor compounds as part of its metabolic processes. Yeast can live with or without oxygen, and in the absence of oxygen, yeast uses anaerobic respiration to produce energy. Fortunately for us, the byproducts of this process are ethanol and carbon dioxide. For the home brewer, it is important to pitch enough healthy, happy yeast to begin fermentation in a short period of time. Once a brewer extracts wort from the mash and boils the wort (which is essentially brewing), this hot brew is quickly cooled and transferred to a fermentation vessel. Home brewers usually employ glass carboys for fermentation, while professionals opt for stainless steel tanks. The wort must be cooled to a temperature within the tolerance range of the particular yeast strain being used, which is typically 60-70°F for ale yeast. Warm temperatures and a long delay in the production of alcohol increase the risk of unwanted bacteria spoiling the beer.

At FISHBIO, we have been experimenting with growing our own yeast to accumulate enough for pitching into our one-barrel (31-gallon) batches of beer. We like being in control of the yeast strain we use, and save costs by not having to purchase larger quantities of yeast. To propagate yeast, we mix a light dry malt extract with water to make wort, and boil it just like a mini batch of beer. Boiling the wort ensures there are no microbes present that can infect the beer. Once the wort has cooled to around 70°F, a yeast culture is added to the cool, sterile wort. With the help of a stir plate, we agitate the yeast starter to infuse oxygen into the solution and promote reproduction. With plenty of nutrients and oxygen, the yeast population will double in a 24-hour period. The process can be repeated multiple times to build up the number of yeast cells. The key is to remember yeast are living organisms, so you just need to provide plenty of food and ideal environmental conditions to keep them happy. Happy yeast makes happy beer consumers.