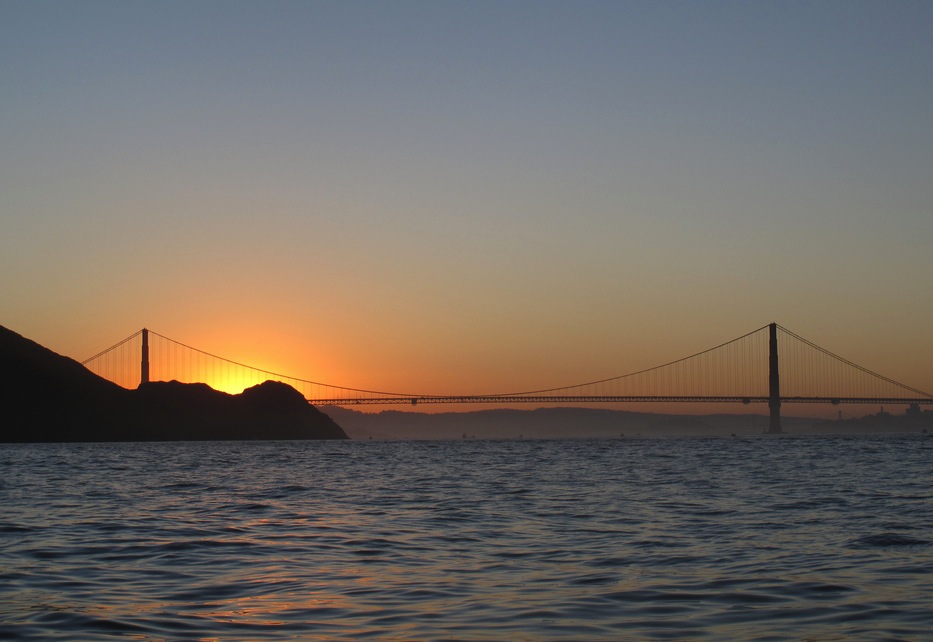 Discussing the health of the San Francisco estuary quickly becomes a tale of two waterbodies with diverging narratives. The recent State of the San Francisco Estuary meeting in Oakland, Calif., focused largely on the 2015 report of the same name released by the San Francisco Estuary Partnership. The findings could essentially be summed up as: the conditions in San Francisco Bay (the “lower” estuary) are generally fair and improving, while those of Suisun Bay and the Sacramento-San Joaquin River Delta (the “upper” estuary) are generally fair or poor, and are declining. The assessment focused on five broad attributes: water, habitat, wildlife, processes, and people. Speakers discussed that the Delta remains more highly modified by human activities due to limited support and consensus for restoration, while the Bay has been subject to more intensive restoration efforts.

Presentations about specific monitoring and restoration projects reinforced the differing stories of the two halves of the Bay-Delta. In the Bay, salt pond restoration projects have created mysid “factories” cranking out invertebrates that serve as important fish food, attracting many native fishes to recolonize these important restored habitats. In the Delta, invasive fishes dominate, and the entire aquatic food chain has collapsed since the invasion of the Asian clam in the 1980s, leading to declines in phytoplankton, mysids and rotifers. There has also been a shift in the copepod population, such that a small, low-nutrient species now dominates. The State of the Estuary Report describes the Delta as being in “critical condition” that continues to decline.

Addressing these challenges in the region will be expensive but not impossible, as long as there is a shift in priorities. One plenary speaker urged the audience to communicate about ecosystems as infrastructure, which requires investment to maintain its vital functions. Polling shows that many people view habitat restoration as a “luxury” that is only a priority in times of surplus. But from the “ecosystem as infrastructure” perspective, the total of all restoration proposals for the Bay (about $1 billion) is less than the $1.3 billion budget of the new 49ers Levi’s Stadium. Healthy estuaries provide clean drinking water, recreation and protection from storms – but a regional representative from the Environmental Protection Agency (EPA) reveled that funding for the San Francisco Bay is far from a national priority. The EPA budget for the Bay has remained at about $5 million per year for the past six years, a stark contrast to the budgets for EPA priority areas in fiscal year 2015: $25 million for Puget Sound, $73 million for Chesapeake Bay, and $275 million for the Great Lakes.

While there are many threats to the Delta and Bay, the two at the forefront of the meeting were drought and climate change. One plenary speaker emphasized that the conditions making the current drought so dire are not related to low levels of precipitation (which California has experienced historically) or increased water demand (which has essentially leveled off, despite an increasing population). Instead, it’s the unprecedented increase in temperatures that is desiccating the West, and is packing a powerful punch when combined with low precipitation and high water demands. A second plenary speaker warned that as climate change warms California, such warm drought conditions will become more frequent. The drought is contributing to saltwater intrusion into the Delta, while the Bay faces the threat of sea level rise from climate change, which will undo recent impressive tidal marsh and wetlands restoration achievements without immediate planning. Speakers emphasized the need to find ways to allow critical wetland habitats to migrate inland as the waters rise, so they can continue to buffer the economic hub and the essential tidal habitats of the Bay Area.

While many challenges lie ahead, the many players participating in Bay Delta research and restoration, and the state-of-the-art resources on display at the meeting, such the California Estuaries Portal, Bay Delta Live, Eco Atlas, and the DEDUCE project, provided a spark of optimism. A note of hope for the Bay-Delta is that many productive collaborations are generating a wealth of information that can be shared and applied to revive this critical ecosystem.