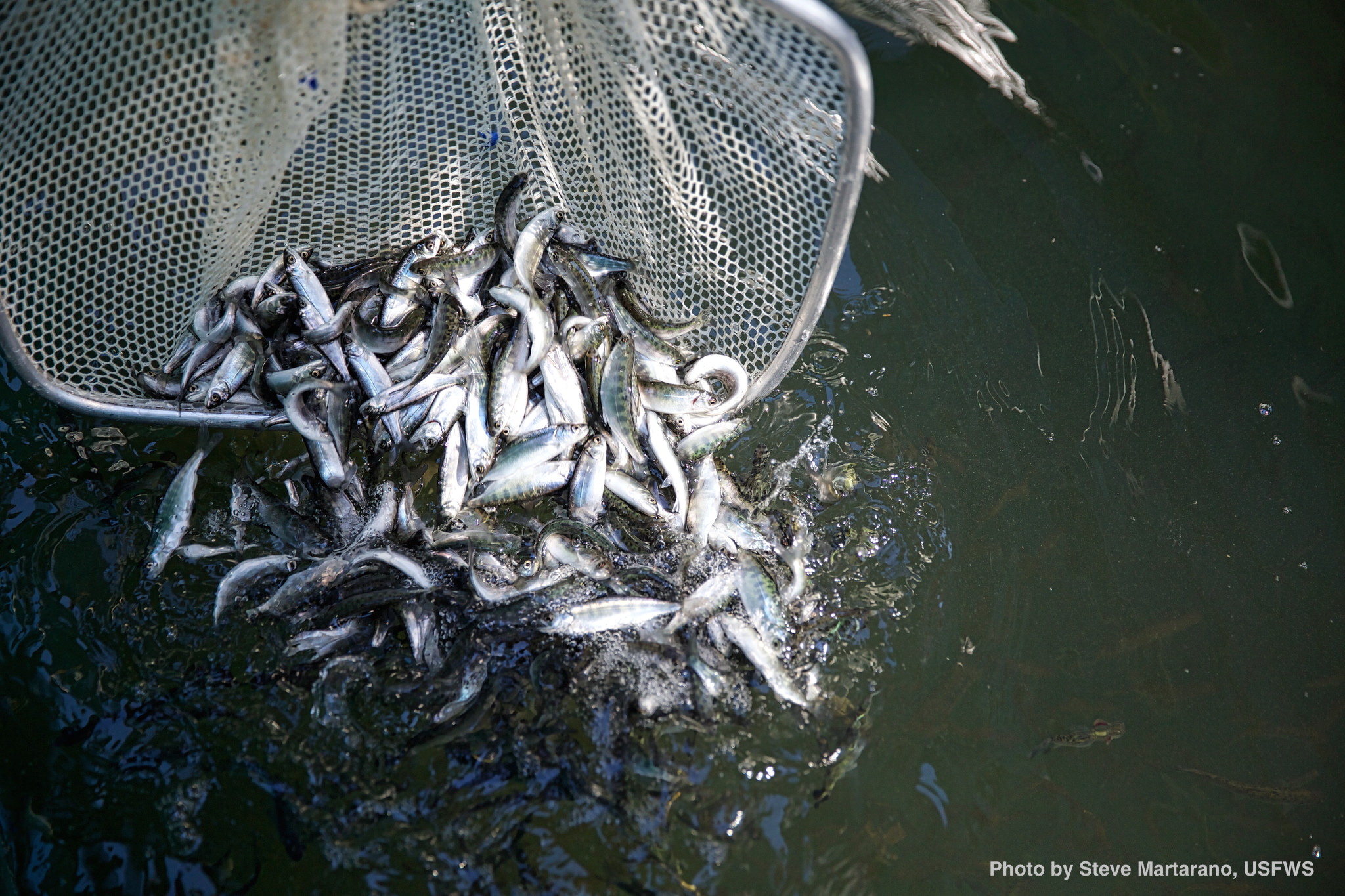 We’ve recently reported on the long and fascinating history of Friant Dam, the collapse of San Joaquin River salmon populations, and the groundbreaking lawsuit that resulted in the San Joaquin River Restoration Program (SJRRP), one of the most ambitious river restoration projects in the country. In August, the SJRRP Science Meeting provided updates on the program’s efforts to restore habitat and rebuild the spring-run salmon population in the river. After nearly 10 years since the program began, the Science Meeting highlighted results of restoration efforts that have been equal parts remarkable and challenging. Despite year-round flows and hatchery releases of up to 200,000 juvenile fish for the last several years, no adult spring-run Chinook salmon have returned to the Restoration Area below Friant Dam. However, the SJRRP has produced several other encouraging outcomes, including the first documented Chinook salmon spawning event in the river in over 60 years. 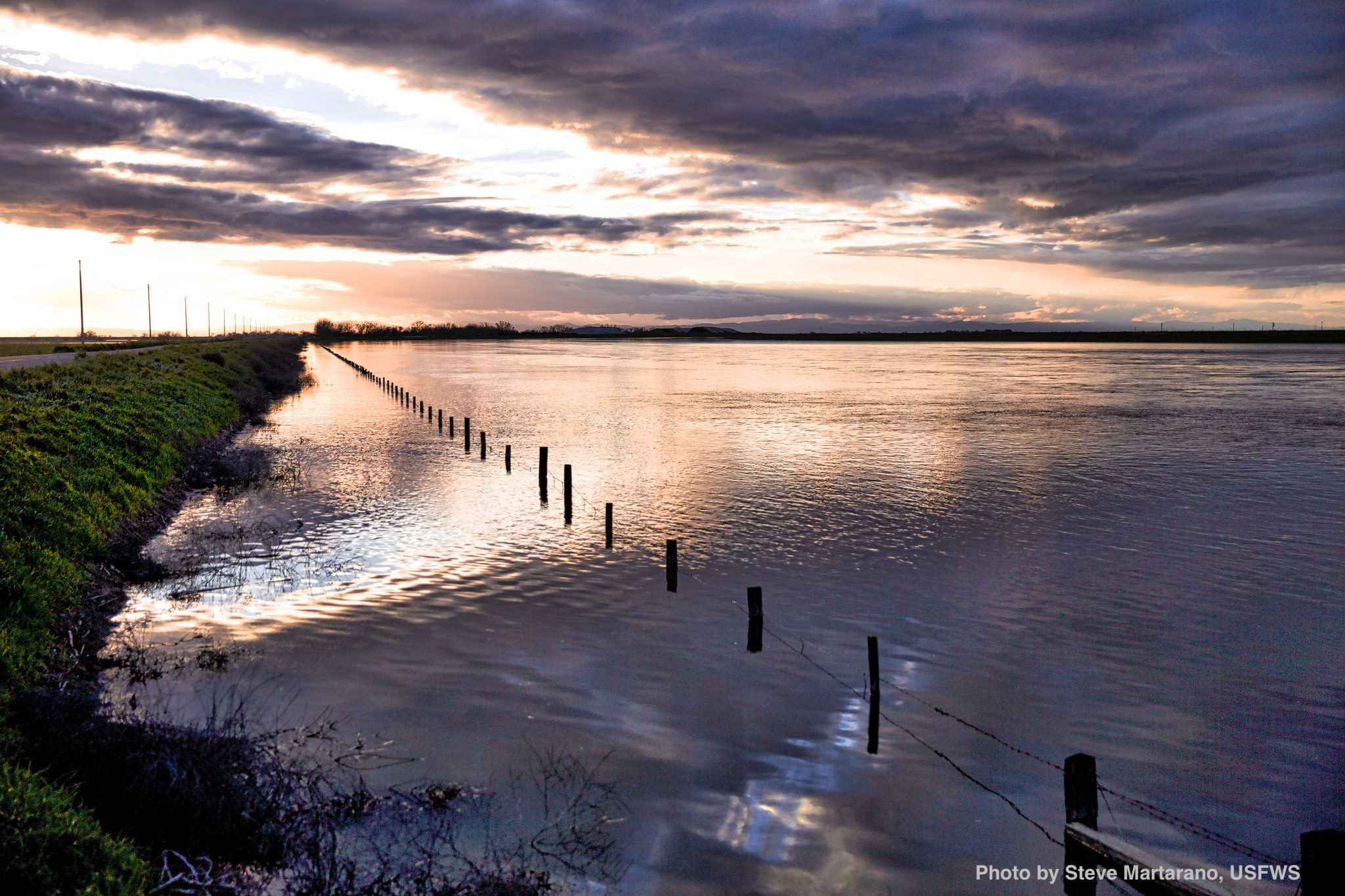 After securing year-round flows through the Restoration Area, which is no minor feat, one of the program’s first steps toward rebuilding the spring-run Chinook salmon population in the river was deciding which existing source population to use for broodstock (the adults used for hatchery breeding) to establish the San Joaquin population. The new Salmon Conservation and Research Facility (SCARF), located near Friant Dam, will be where fish are bred for the SJRRP, and the interim hatchery is called iSCARF. Due to the high risk of extinction of naturally spawning spring-run populations, the program was started with spring-run Chinook salmon from the Feather River Fish Hatchery. This was not the ideal choice because spring-run Chinook salmon from this hatchery have been unintentionally interbred with fall-run over time, and are genetically similar to fall-run Chinook salmon. However, careful planning and genetic broodstock management efforts are conducted each year to determine the best mate pairs for spawning. Genetic management at SCARF also includes genetic sex identification of broodstock, identifying donor individuals to family groups to minimize inbreeding, and a genetic parentage-based “tagging” approach that uses genotyping of all hatchery parents to unambiguously identify the origin and brood year of their offspring.

In an effort to achieve the SJRRP restoration goal to restore and maintain fish populations in good condition, juvenile salmon have been released into the San Joaquin River each year, beginning with Feather River Hatchery fish in 2014 and supplemented by salmon reared at the iSCARF during the last few years. This spring (2018) was the first year that only iSCARF-reared spring-run Chinook salmon were released into the San Joaquin River, and several of these fish were subsequently re-captured downstream by Delta monitoring programs, indicating that juvenile fish can successfully migrate out of the Restoration Area and through the Delta. Survival studies conducted by UC Davis have revealed higher survival through the lower Restoration Area (~30%) than in the Delta (20%), with 3–6% cumulative survival from the release location to the ocean. These survival estimates occurred during a high-water year (2017), when survival was expected to be higher, but the cumulative survival of about 20% through the Delta was encouraging for the researchers, given recent studies showing fall-run Chinook salmon survival through the Delta averaged only 1–6% regardless of flow conditions. 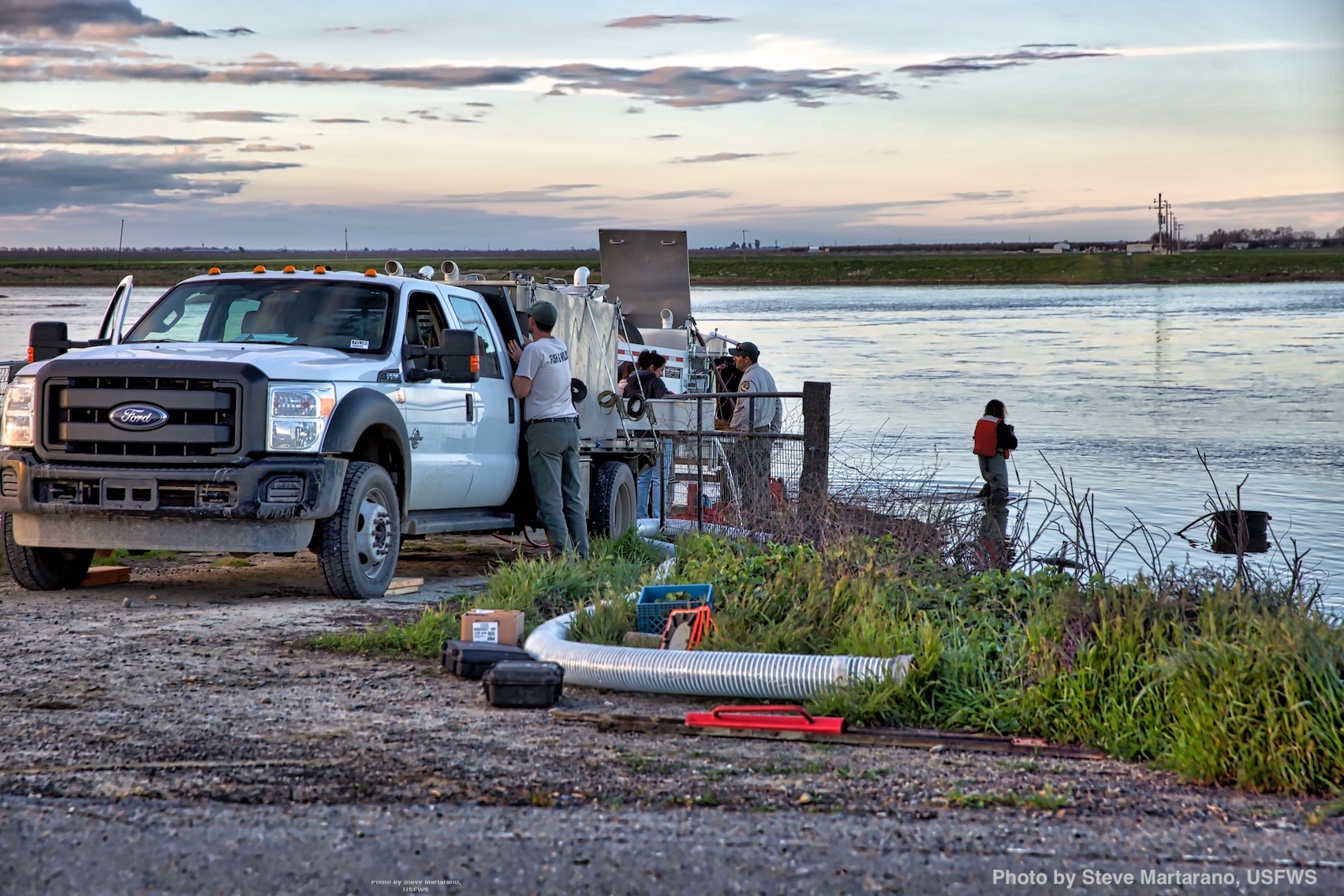 Although no spring-run Chinook salmon released at the Restoration Area as juveniles have returned to the San Joaquin River adults, researchers with the SJRRP have still been able to examine habitat selection, survival, and movements of adult spring-run spawners by releasing excess broodstock (fish that were born and raised to adulthood in the hatchery) into the upstream reaches of the river in each of the last three years. In 2017, a total of 13 redds were constructed by these adults from the hatchery, marking the first time that spring-run salmon had spawned in the river since 1950. Spring-run salmon are unique in that the adults spend an entire summer in the river before spawning in fall, making them extremely susceptible to warm temperatures. Encouragingly, about 74% of the adult broodstock released in the river as early as May survived to spawn in the fall, despite water temperatures reaching as high as 19°C (~ 66°F) during the summer. While these early results are encouraging, only time will tell whether the population of spring-run Chinook salmon in the San Joaquin River will be able to sustain itself given the increasingly warm summers in California. While precedent exists for other species that have been brought back from the brink of extinction (such as California condors, bald eagles, and sea otters), perhaps no major restoration program has attempted a challenge comparable to the SJRRP: restoring one of the most endangered rivers in the United States as well as a naturally reproducing and self-sustaining population of a threatened fish species.