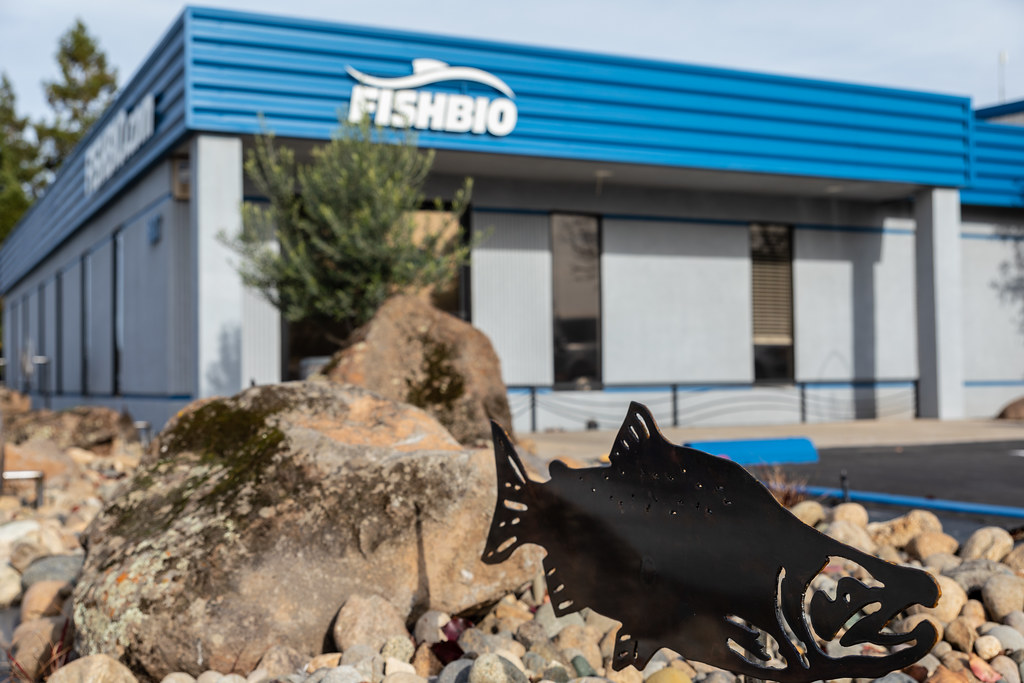 As we wrap up another busy year at FISHBIO, we wanted to share a few of our highlights ­­– in written and video form. In 2019 we continued our long-term salmon and trout life-cycle monitoring on the Stanislaus, Tuolumne, and Calaveras rivers, with the notable addition of PIT tag antennas on our Stanislaus and Tuolumne weirs to help track fish movements. Our fieldwork kicked into high gear this spring, with two large-scale studies occurring on the San Joaquin and Stanislaus rivers. We conducted a mark-recapture survey of striped bass and other fish using four large fyke traps on the San Joaquin, and completed several electrofishing surveys of non-native predators on the Stanislaus as part of the Native Fish Plan. One particularly notable milestone was that, after being developed for more than a decade, a Habitat Conservation Plan for the Calaveras River was released for public comment. We’ll be sharing more information about this plan and our fisheries monitoring on the Calaveras in the coming year.

A big project for our Fablab this year was constructing a custom weir for the Lahontan cutthroat trout reintroduction program in the Lake Tahoe basin. We also started some new PIT tag antenna projects in the South Bay, and have been staying busy keeping them running in the wake of recent storms. We also had the opportunity to conduct eDNA surveys for Southern California steelhead, making use of an eDNA backpack filtration system. We teamed up with California State University, Chico for a snorkel survey of rainbow trout in Big Chico Creek, and were encouraged by our findings: after taking a big hit in 2014, when our estimate only numbered 630 fish, the population has rebounded to an estimated 2,576, which is comparable to pre-drought levels that we documented in 2013.
Our work in Southeast Asia saw the publication of a guidebook for assessing Fish Conservation Zones in Laos, which we launched at workshop in Vientiane. We also helped establish two new FCZs on the Mekong River, and visited several villages to replace FCZ signs and conduct conflict assessments. With funding from the U.S. Embassy, we painted two schools in Laos, planted fruit trees on the school grounds, and led community members in river and school cleanups. Next year will see us branching into Costa Rica, with a new grant from the Critical Ecosystem Partnership Fund to transfer lessons learned about Fish Conservation Zones in Laos to Costa Rica. We also developed online profiles for Mekong Conservation Heroes in Cambodia through the Wonders of the Mekong project and recently held an awards ceremony for the heroes in Phnom Penh, along with a film and outreach festival and a policy discussion.
We attended several conferences and workshops this year, including a big push at the American Fisheries Society Annual Meeting in Reno, Nevada, where we gave eight presentations, co-hosted a session on migratory fish, and produced a highlight video of the conference. 2019 was a year of transformation around our Oakdale office, with a new paint job and landscaping complete with river rocks and custom salmon crafted by our fabrication artist in residence. If you stop by, be sure to check out the unique striping in our parking lot! We also overhauled a North River to join our fleet of boats. To top it off, our brew lab produced some new recipes this year, including our Winter-Run Steelhead Ale. A big thank you to all of our clients, partners, family, and friends for another successful year. Happy Holidays, and we’re looking forward to swimming into the new decade with all of you!
This post featured in our weekly e-newsletter, the Fish Report. You can subscribe to the Fish Report here.