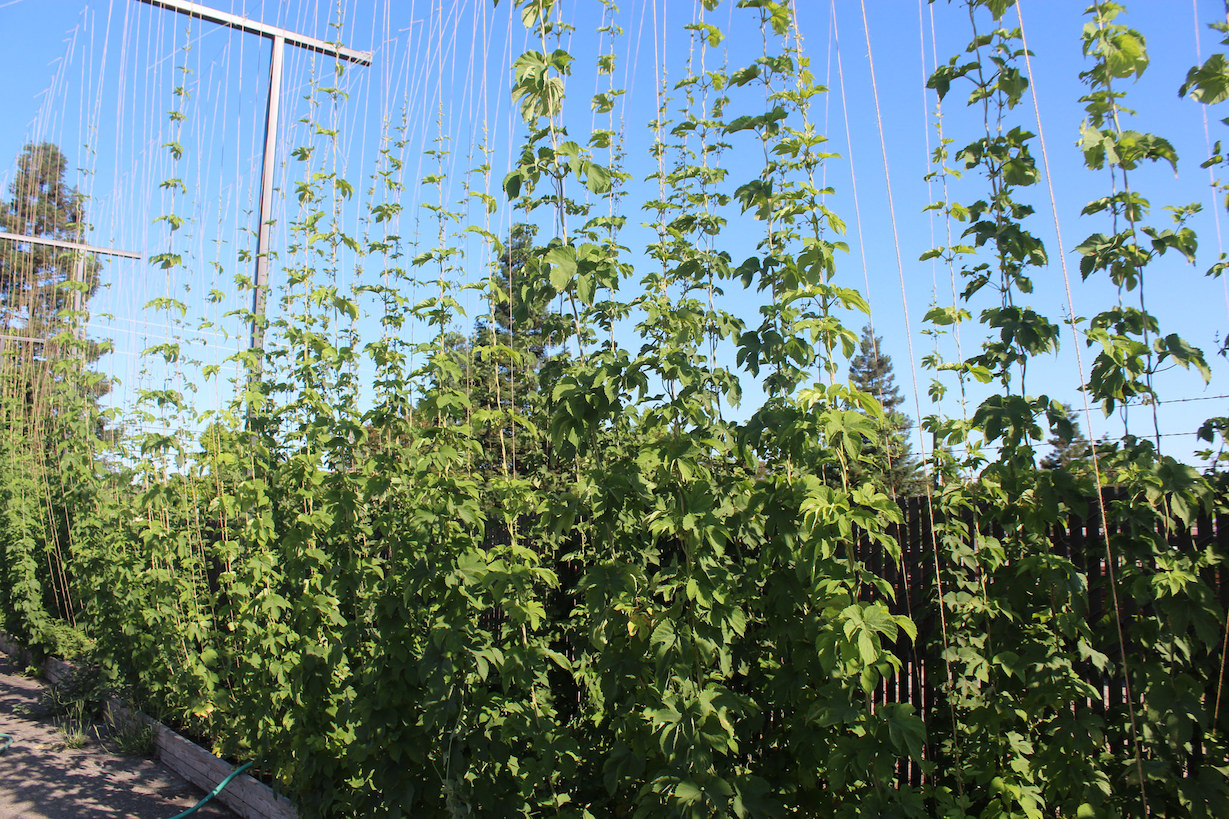 FISHBIO Farms has witnessed an evolution in hops. Last year we described the addition of hop planting beds to the garden at our Oakdale office. We built raised planting beds, erected towering poles, prepared soils, installed irrigation, and planted hop rhizomes. After much anticipation, these perennial plants emerged from their winter sleep this spring, and grew with a vengeance. The hop bines wound their way up the coconut fiber twine, growing so fast you can practically see them working their way to the sky. The eyesore chain-link fence that separates our yard from our neighbor’s is now a living wall of green. 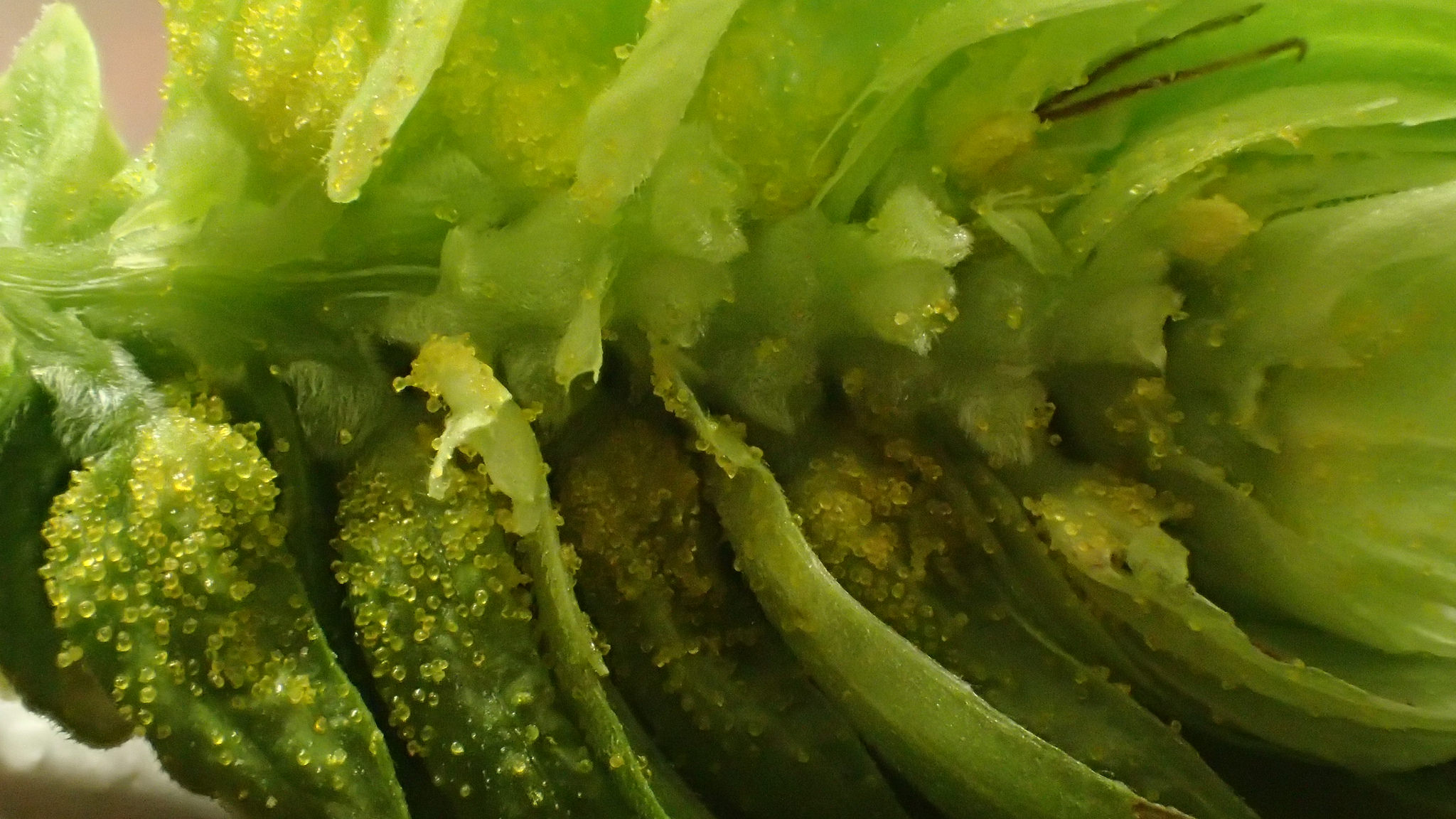 We are happy to report that most of the additional plants are doing well. Although some of the varieties we planted did not survive, we’ve incidentally had success with varieties beginning with the letter “C”. Chinook, Cascade, Columbus and Centennial hops are thriving, as well as a variety called nugget. These new hop plants will need another year or two to mature enough to develop high-quality hop cones, the plant’s flower that produces hop acids and essential oils used in beer brewing. We do have some mature Cascade and Chinook plants that will be harvested later this year and used in a fresh-hopped IPA. Hop cones don’t have to be used right away after harvesting if properly preserved. The cones can be dried, vacuum packed and stored in a freezer for later use. Not only are the hops aesthetically pleasing, there is something about growing your own ingredients that makes home-brewed beer even more delicious. 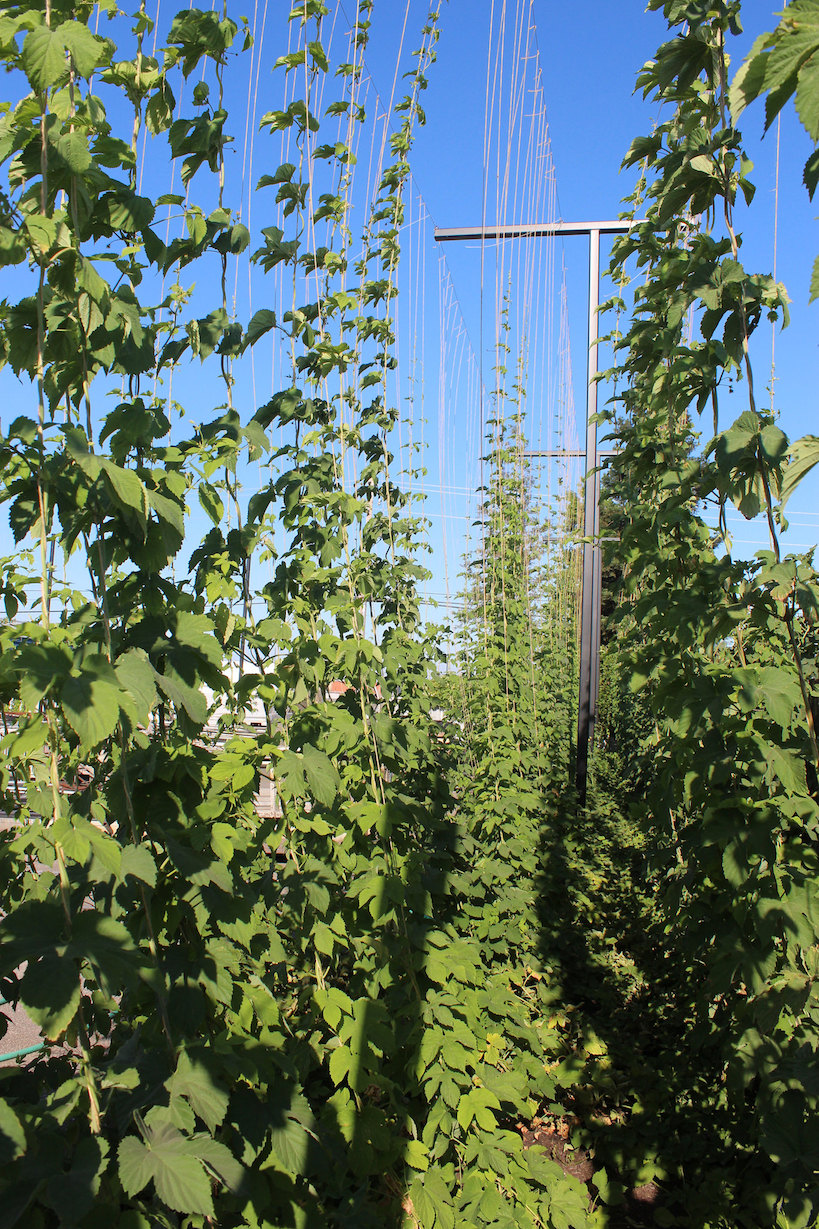