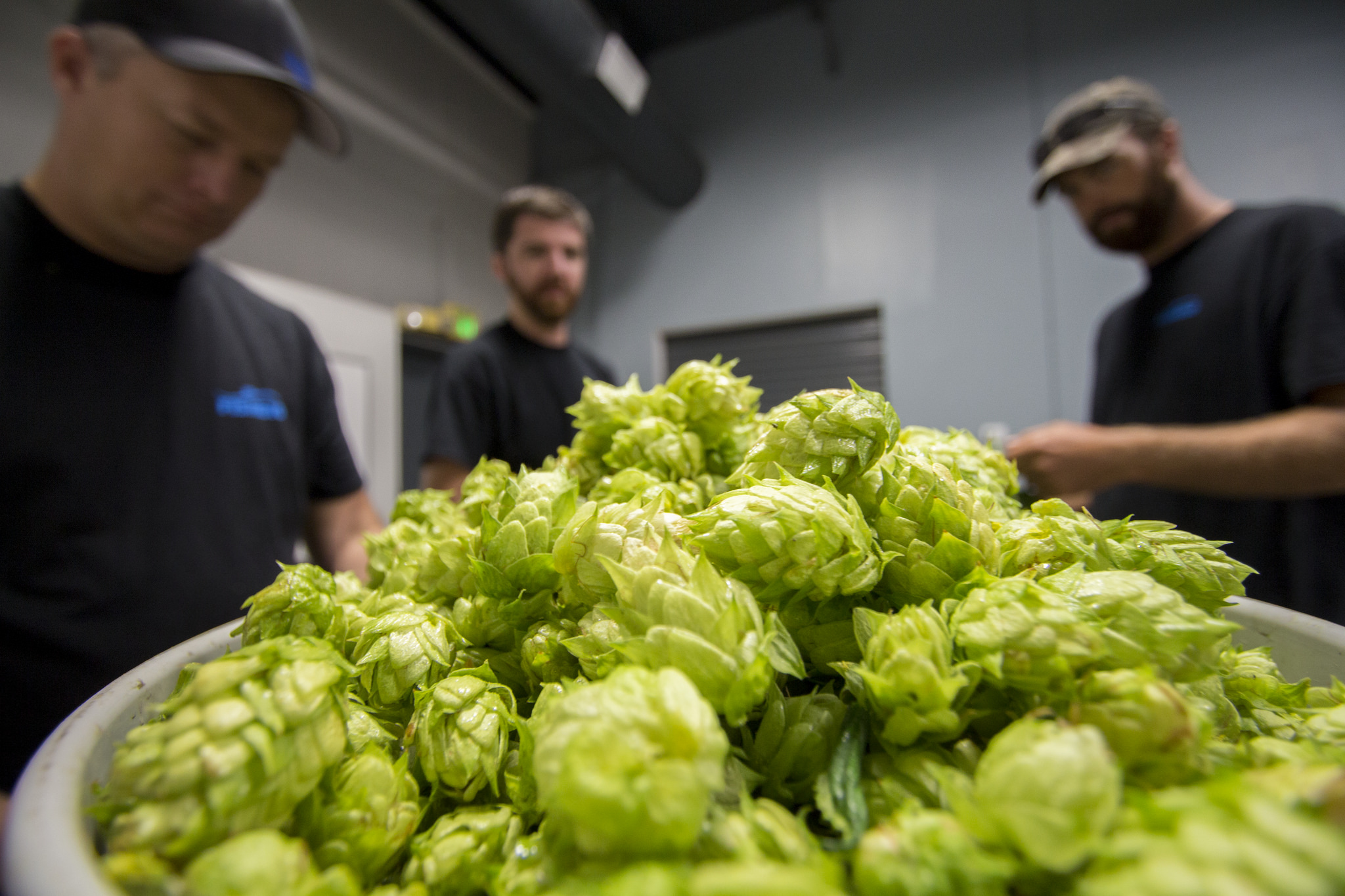 As anyone who has ever attended a fisheries or wildlife conference can attest, fish and wildlife biologists love their beer. Often, it’s during the social events at such conferences that some of the best scientific conversations occur. Of course, the same is probably true for many professions, but from our perspective it seems biologists have a deeper admiration of the fermented beverage. Perhaps this is because the many varieties of beer beg to be classified into different categories based on their characteristics, or because of the biological processes that take place in converting grains into a tasty drink.

While all of us at FISHBIO love surveying the numerous beer varieties produced by craft breweries, a number of us also enjoy the process of brewing our own beer. Many hours have been spent brewing up batches of pale ales, porters, and stouts in garages and kitchens during our free time. Whether it comes to refining recipes or developing new creations, the benefit of having colleagues around that enjoy the many nuances of brewing beer is that there are always many willing taste testers available. 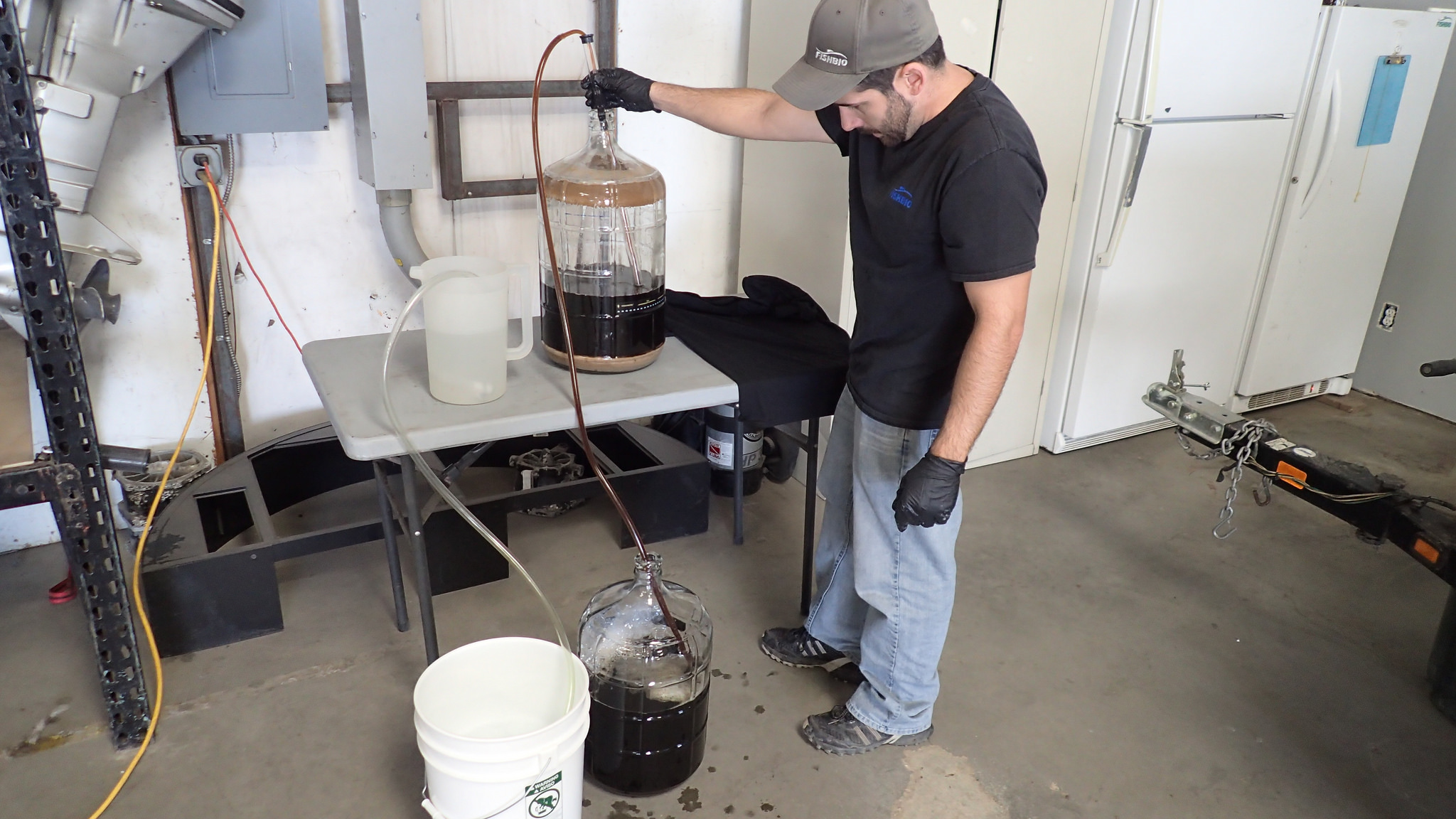 Thanks to a local contact, this fall we were able to harvest several buckets of fresh hops, a key ingredient in the bittering of beer as well as its aroma. Many of us enjoy the flavor of hop-forward beers so much that we have planted hops in the FISHBIO garden, and will have more plants going in this spring. We recently brought our hobby to work for a FISHBIO brew day where those who were interested could see firsthand how the brewing process works. With a recipe in hand, we visited our local brew shop to acquire some of the four basic ingredients needed to make beer.

All it takes to make beer is malted barley, hops, brewers yeast, and water. The process begins with the mash: taking malted barley and adding hot water to stimulate enzymes that convert starches into sugars (called saccharification). The resulting sugary fluid drained from the grains is called wort, which goes into a pot to boil for an hour or more, while hops are added at different times during the boil. The resulting hygienic solution is cooled to temperatures that are favorable for brewers yeast to be added. The live culture of yeast drives fermentation, which turns the concoction of nutrients into a palatable drink rich with that favorable by-product…ethanol!

As many brewers like to say, “We make the wort and yeast makes the beer.” Obviously this is an oversimplification of the process, as many variables go into making each batch unique, including timing, temperature, and different ingredients. Experimentation is definitely part of the fun. Whether it’s an appreciation of the beer-making process, or the company of fellow beer lovers drinking together, we find that beer appreciation is practically universal among biologists worldwide (see It’s the water, hloupý and Water or beer?). 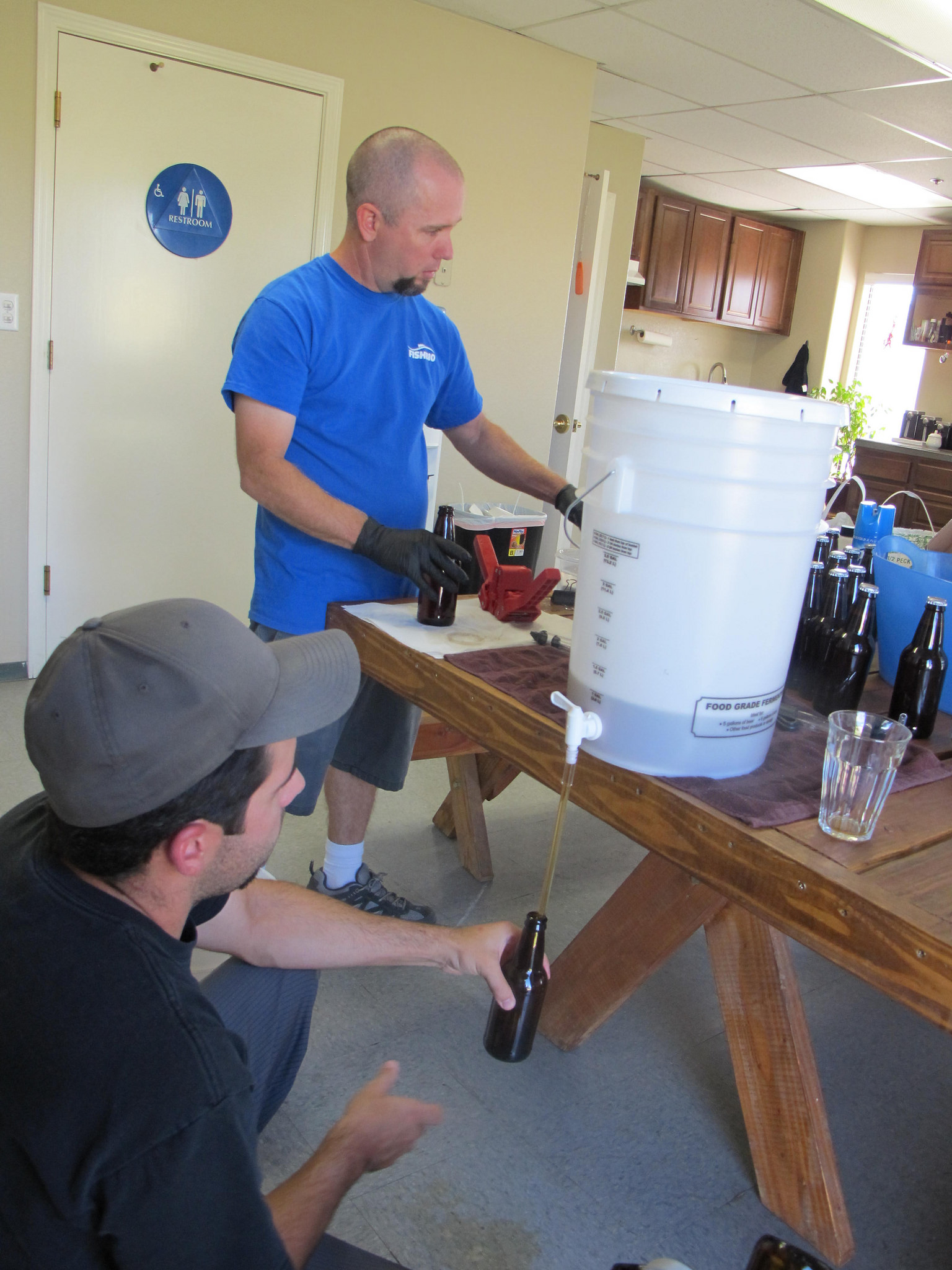