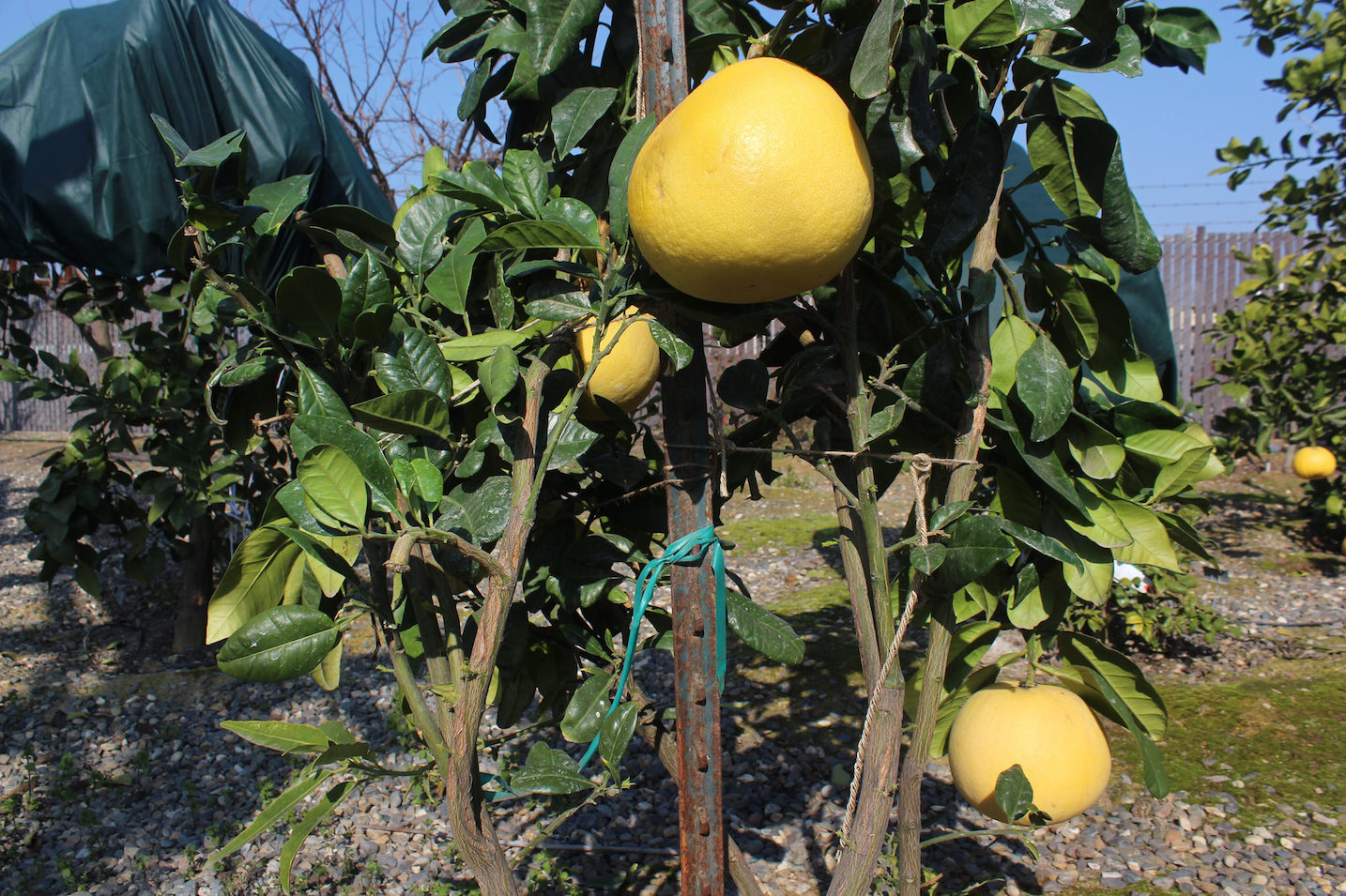 While summer is typically the time of most abundance at FISHBIO Farms, winter is when our citrus season is in full swing. The rest of the garden may be dormant, but even our smallest citrus trees are loaded with golden fruit. We currently have 13 citrus trees in the FISHBIO garden representing eight varieties, including a navel orange, tangerines, mandarins, kaffir lime, and Costa Rican lime. California’s balmy climate makes it possible to grow fruits like oranges year round, but for other kinds of citrus, the harvest season is typically November to July. 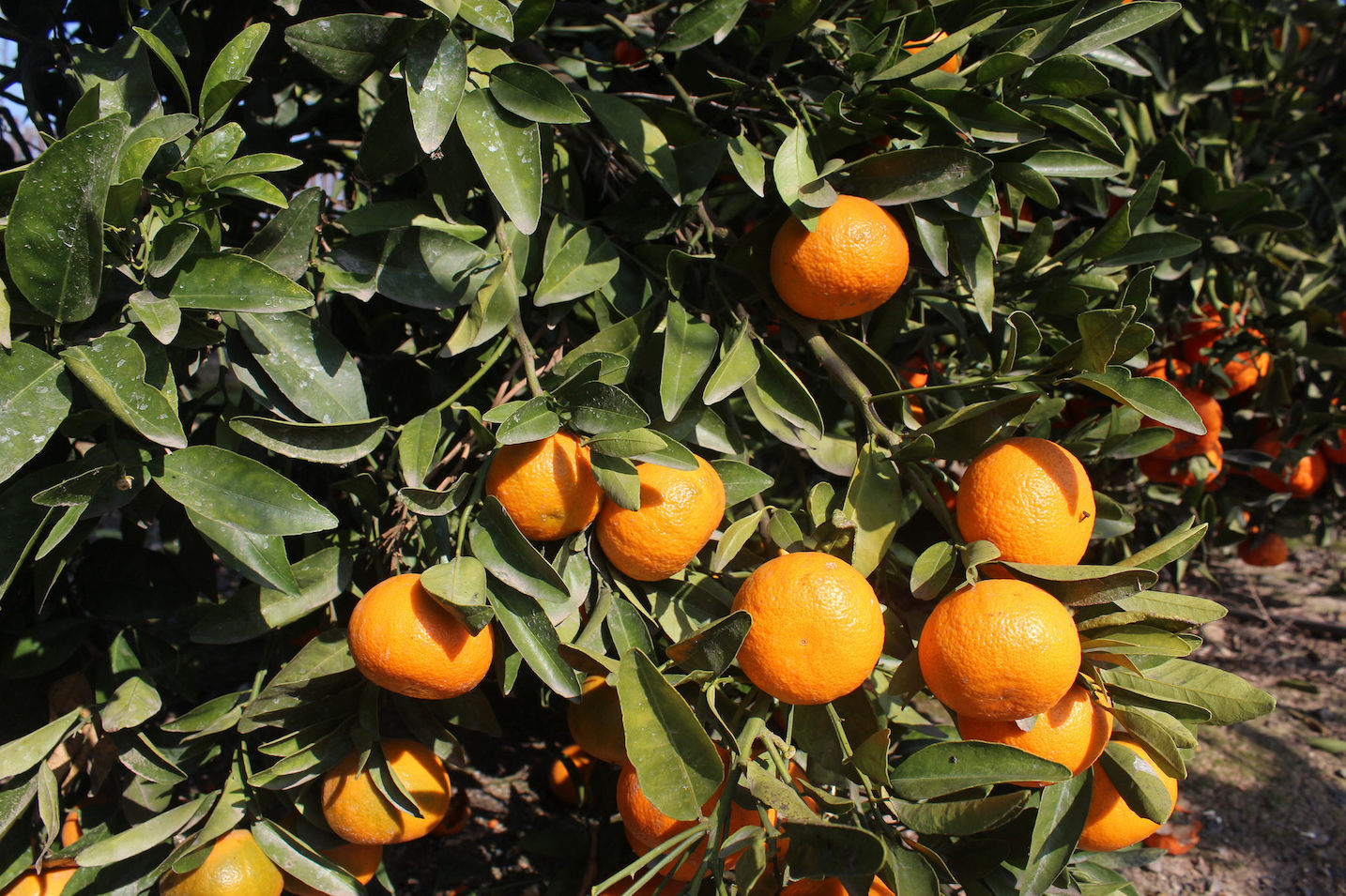 Among our exotic citrus varieties, FISHBIO is also home to a few pomelo trees. Pomelos are the largest members of the citrus family, as suggested by their scientific name, Citrus maxima. The fruit is native to South and Southeast Asia, has a greenish-to-yellow peel, and a pink segmented fruit that is sweeter than a grapefruit. The fruit can be a foot in diameter and grow as heavy as 10 pounds, although two to four pounds is more common. A large part of its bulk comes from the very thick white pith underneath the rind, which is inedible. Each segment is also enclosed in a bitter, fibrous membrane, so it’s a fruit that requires a lot of peeling! 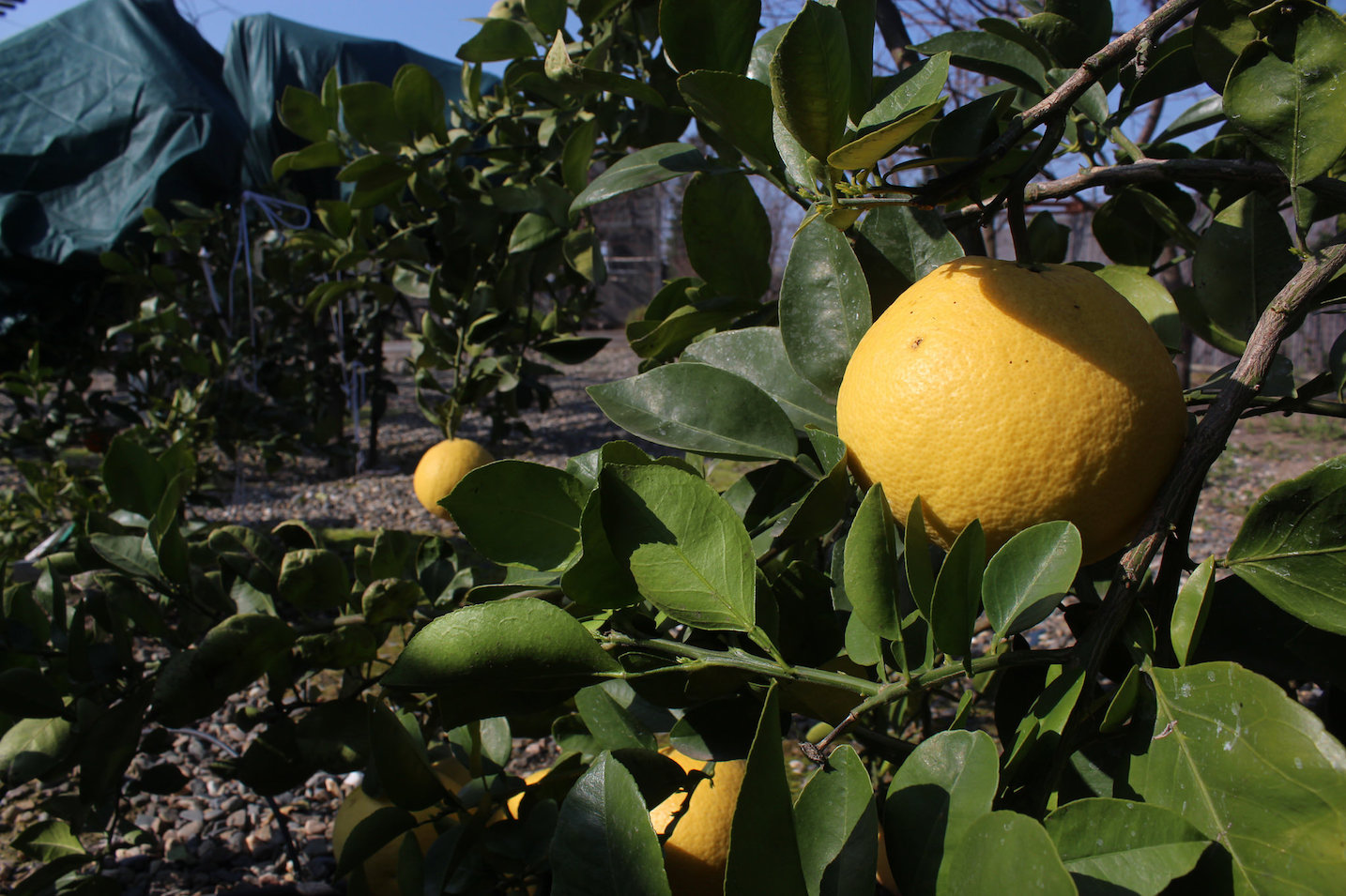 Pomelos are typically in season from November to March. This timing makes them a popular food for Chinese New Year (which started last Friday), and they are also considered a fruit for prosperity, since the Chinese name sounds very similar to the word “to have.”  Pomelos go by a number of other names and spellings, including pummelo, pompelmous, and even shaddock, after an English sea captain who supposedly introduced the fruit from the Malay Archipelago to Barbados in the West Indies. The pomelo is the ancestor of the grapefruit, which is a hybrid of a pomelo and a sweet orange. 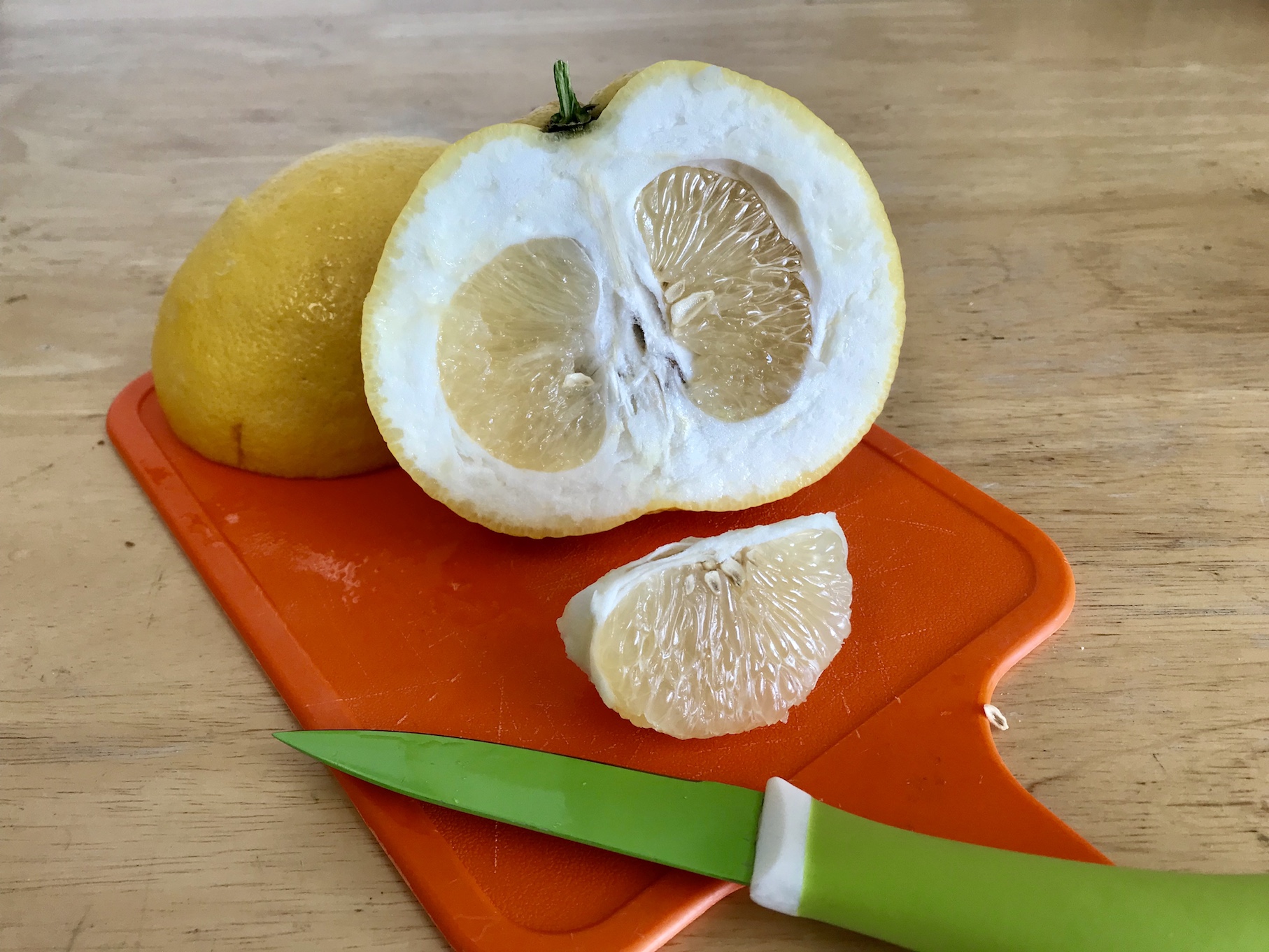 Another of our unusual citrus fruits is the oroblanco grapefruit. As biologists, we can appreciate that this fruit was the result of research at the University of California, Riverside, where scientists developed the fruit at a citrus experiment station and patented it in 1981. Its name translates to “white gold” in Spanish. Given its sweet, slightly tart, and very juicy pale-yellow flesh, we think the name is definitely appropriate! The oroblanco grows a bit larger than a typical grapefruit and has a thick, pithy skin and fibrous membranes similar to those of a pomelo. Our bumper crop of citrus will supply us with plenty of Vitamin C this winter. However, in all our excitement for exotic fruits, we neglected to include two of the most common citrus staples in our garden. But not for long – we have two spots open for a Meyer lemon and a Baer lime tree ready for planting this spring!