We recently embarked on a quest to find the most interesting fish in the world. Clearly, what constitutes “interesting” is highly subjective: we asked 20 FISHBIO staff to pick the most interesting fish and got 20 different answers. So we decided to try a more quantitative approach by defining “interesting” as the amount of attention a species receives in the scientific literature. To figure out about which fish the scientific community focuses on most, we scoured the web using a popular academic search engine, and tallied the number of publications listed for each fish species. With a staggering 33,104 fish species currently recognized on FishBase, a few lines of computer code were necessary to automate this process – but after some brooding, tinkering, and data mining, the results are in!
Leading the pack by a margin of about 10 percent is the ever-popular rainbow trout, Oncorhynchus mykiss. Rainbow trout as a species encompass an astonishing amount of diversity (including steelhead, the anadromous form), and may be the most sought-after prize for recreational anglers. From its origins in Northern California, the world-wide conquest of rainbow trout in temperate lakes and streams was facilitated by the relative ease of transport and artificial breeding. Likely outnumbering any other intentionally stocked fish, rainbow trout have been trucked in tankers, carried by mule, and dropped from airplanes to “enhance” recreational fishing opportunity on all continents except Antarctica. Rainbow trout also top the ranks of freshwater aquaculture production in Europe. In the United States, most of the nearly 130 million trout distributed in 2016 for restoration, conservation, enhancement, or recreational purposes were rainbow trout. Despite its popularity, however, this species also brings plenty of challenges, including spread of disease, hybridization with native strains, and decimation of amphibians – all of which garner plenty of scientific press and contribute to its ranking. 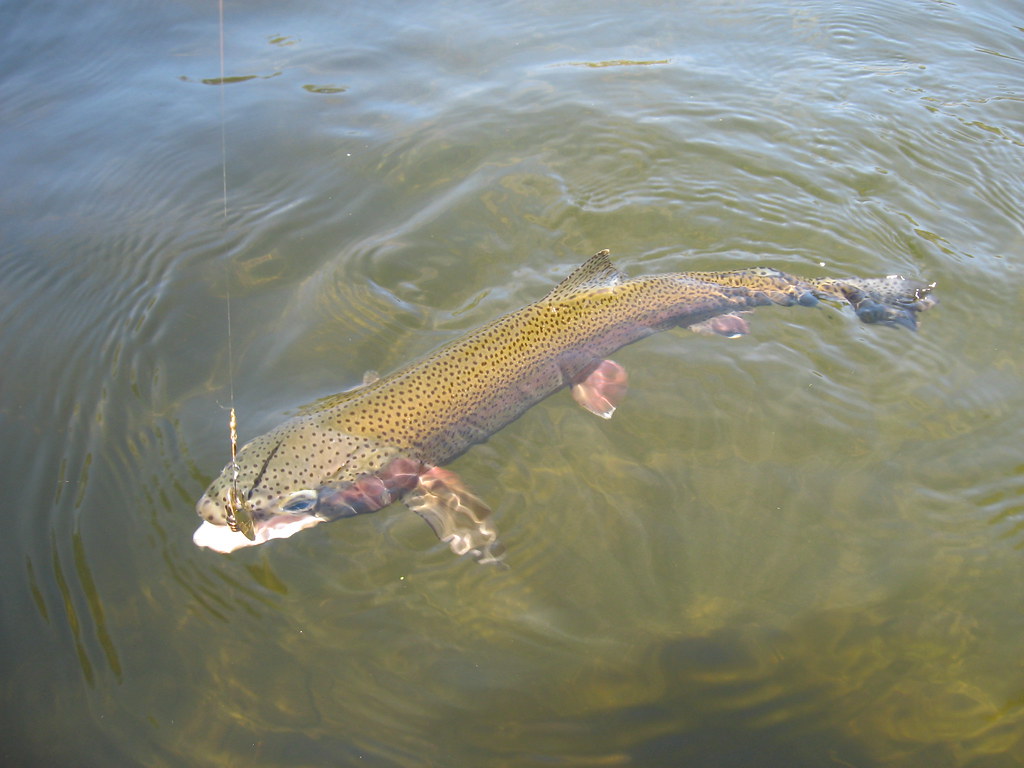 Runner-up was the common carp, Cyprinus carpio. In general, the highest-ranking species are those that play an important role in aquaculture, are used as a model organism in various fields of research, have a wide geographic distribution, and are often invasive. Common carp check all these boxes. Carp have been propagated in ponds for millennia and are a very popular food-fish in many countries. They are also widely used in many areas of research, from actinobiology (the study of radiation on living things) to zoopathology (the study of animal diseases). Now found in nearly every part of the world besides the poles, carp are considered a pest in many areas, and are among the few fishes included in the IUCN list of 100 worst invasive organisms. Behind the carp in third place is the Atlantic salmon, Salmo salar. The enormous interest in salmon aquaculture fuels the body of research on this fish. Native to the North Atlantic, this species is now raised in inshore net pens from Norway to Australia to satisfy the ever-increasing demand for seafood at a time when many of the world’s capture fisheries have reached capacity or are in decline.
Rounding out the top ten are Nile tilapia (Oreochromis niloticus), zebrafish (Danio rerio), goldfish (Carassius auratus), brown trout (Salmo trutta), Atlantic cod (Gadus morhua), European eel (Anguilla anguilla), and the European sea bass (Dicentrarchus labrax). How did our staff picks rank in the search? Anywhere from 35th (striped bass, Morone saxatilis) to 13,638th (blue-eyed plec, Panaque cochliodon, a wood-eating tropical catfish). In the word cloud above, the size of the fish name corresponds to its publication ranking. Check out the full-resolution image on our Flickr page to explore the details! The vast body of scientific literature available on the top-ranking species illustrates that there is a lot is to be said – or written – about these fishes. We will follow up with a more detailed look at some of these most studied species in future Fish Reports. To us, they are all interesting – stay tuned.
This post featured in our weekly e-newsletter, the Fish Report. You can subscribe to the Fish Report here.